We wouldn’t usually expect to see a new V-series phone until much later in the year, but the V50 was announced alongside the G8 ThinQ at MWC 2019. It’s the company’s first 5G phone, and even has a Dual Screen accessory that makes it as close to a foldable phone as you’ll get from LG right now.

Here, we bring you everything we know so far about the new phone, including its features, specs, price and release date. We’ve also spent some time with it at MWC, so we’ve got an LG V50 ThinQ hands-on review to share.

The V50 ThinQ is now available to pre-order in the UK through EE, where plans start at £69 a month.

What new features does the LG V50 have? 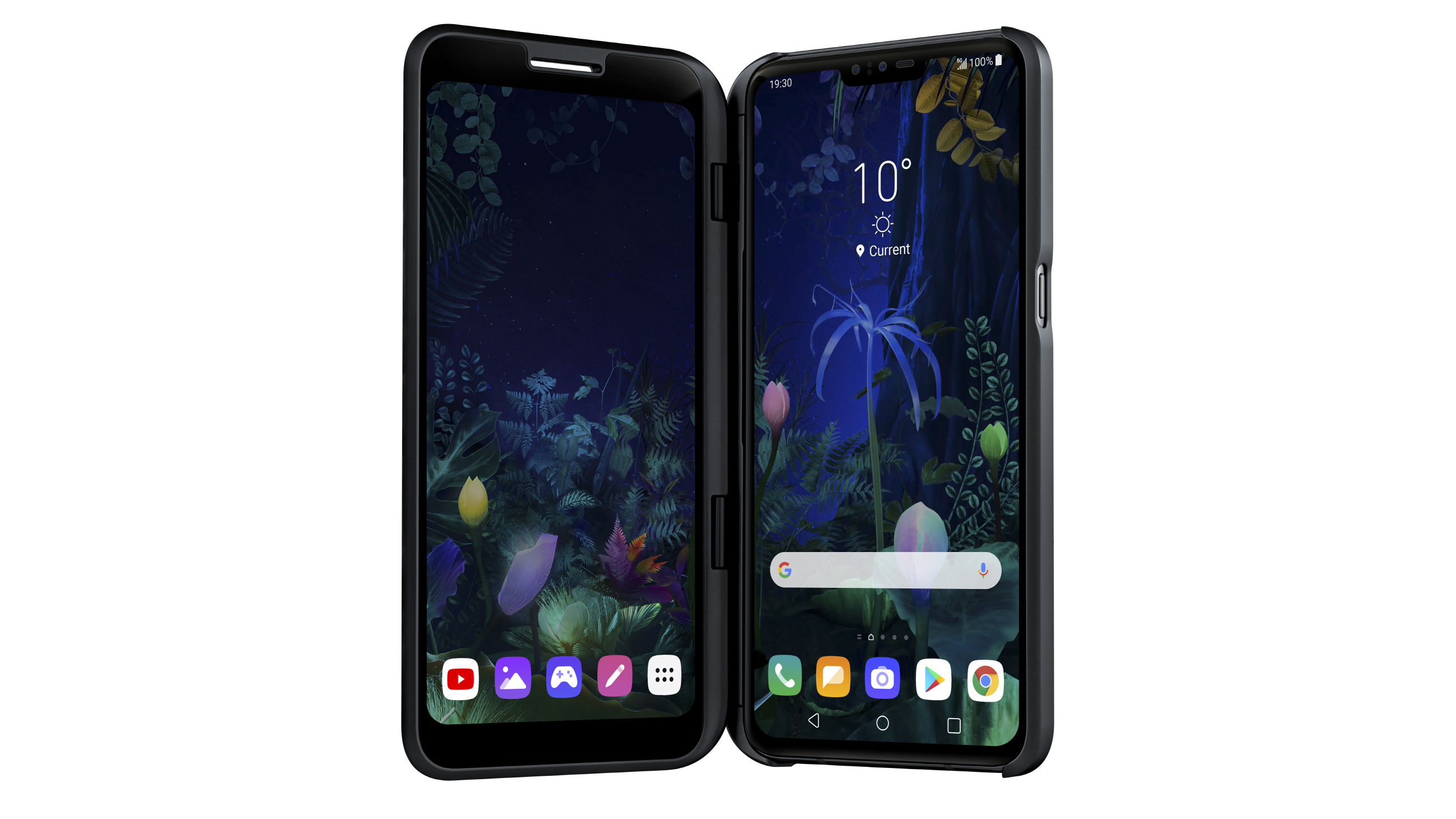 The key feature of the LG V50 ThinQ 5G is, of course, 5G. It’s the first 5G phone from the company, and will mean up to 20 times more speed than you’d get from a 4G device.

5G means it’s a bit bigger and thicker than previous generations in the V series, because it requires a bigger Snapdragon X50 modem and a bigger battery at 4,000mAh.

Beyond that, though, there’s actually not much that’s changed here. The front still has a notch, thin bezels and a 6.4in OLED display with dual selfie cameras. You’ll still get IP68 water resistance and the fingerprint sensor is still on the rear.

The three rear cameras have some minor tweaks but are still regular, wide-angle and 2x optical zoom.

Plus, LG continues to include headphones on its G and V series. LG phones have the best wired audio on any smartphone thanks to the high quality DAC onboard.

Beneath the hood, the LG V50 ThinQ 5G has had a processor bump to the Snapdragon 855 as found in the new LG G8 ThinQ, as well as default 128GB storage and 6GB RAM.

The more exciting thing that the V50 offers is an optional Dual Screen accessory, that when attached makes it look a lot like a Nintendo DS. It’s a hinged case with a 6.2in OLED built in that can rotate 360 degrees, which makes this as close as you’re going to get to a foldable LG phone.

We are excited for the LG V50 on the strength of the G7 and V40 – despite those phones not being sold in huge numbers. If LG is destined to be a minor smartphone player at least it’s making great phones still.