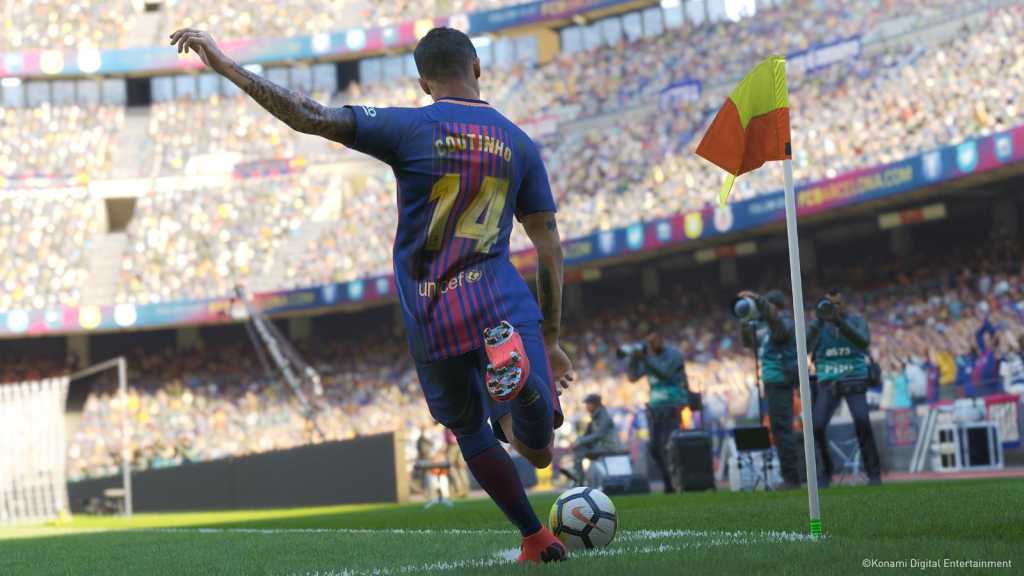 It may have seemed like the Pro Evolution Soccer series was fighting a losing battle against the might of EA Sports’ FIFA games, but that may all have changed with the recent announcement that eFootball PES 2020 will be partnering with UEFA to be the official game for the EURO 2020 tournament.

This partnership means that Konami will be releasing a free DLC (launching in Q2 2020) which will include over 50 national football associations at launch, featuring their national teams, including current champions Portugal, and much more.

This goes to show that Konami will no longer be lagging behind when it comes to licensing agreements. But will these extra incentives make it fare better than FIFA 20? Let’s discuss…

When is eFootball PES 2020 coming out?

Mobile fans are in luck too, as eFootball PES 2020 for iOS and Android is set to be released in October 2019, and is said to feature many of the features of the PC and console variants of the game.

What new features does eFootball PES 2020 have?

The upcoming UEFA EURO 2020 DLC means that PES will include national teams’ kits, crests and players, all of which will be recreated ahead of the real-world tournament that starts in June next year. However, this won’t be immediately available when the game launches this Autumn.

PES does still have the official Liverpool, Arsenal, Barcelona, Dortmund and Inter licenses among others. However, it still can’t compete with FIFA’s license to use basically every other official club kit and player likeness in the land.

PES 2020 has Barcelona though, with Messi on the cover and exclusive rights to the likeness of the Camp Nou – so a small victory.

In terms of gameplay, there is an improved Master League with better transfer dealings, legendary managers like Maradona and Cruyff, and updated gameplay.

PES’ gameplay is its best weapon against FIFA and Konami is claiming to have improved ball physics and made games even more realistic. Context-aware player touches mean your player will react to pressure from defenders better and play more intelligent passes.

There are several new ways for defenders to block shots with parries and diving headers. Off ball player movement intelligence should also help you drag the opposition away from the path of your next net bulging wonder goal.

There are also hints you might be able to commit tactical fouls, a cynical feature of the modern game perhaps, but it makes play even more real.

Konami and UEFA have also announced the creation of the UEFA eEURO 2020 tournament. The brand-new esports competition, exclusive to eFootball PES 2020, will see national football associations from across Europe submit representatives to compete for glory.

The tournament will feature an online qualifying stage, with the top 16 teams then qualifying for a physical event to be held in London between the semi-finals and final of UEFA EURO 2020.

We’re looking forward to playing PES for the gameplay, and now with the upcoming DLC and updated licensing agreements, we’re excited to see how it will fare against the juggernaut that is FIFA.