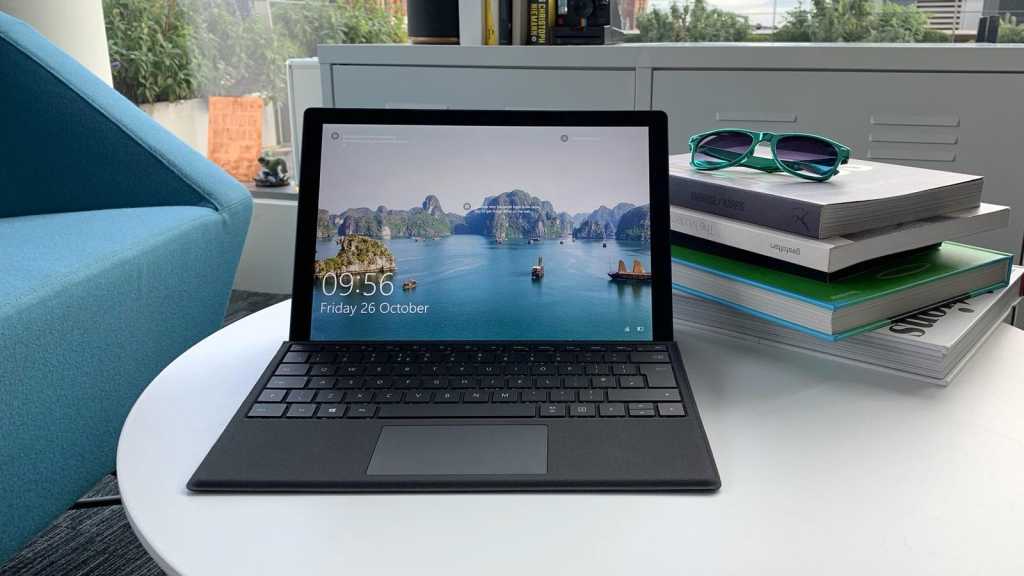 Microsoft currently has its January Sale, where you can find deals on many of its Surface range devices, including the 2018  Surface Pro 6 which received 4 stars our of 5 in our review.

The base model of the tablet starts at £879, though Microsoft currently has £80 off, bringing the price to £799. Yet this is without the Type Cover, which has an additional cost of £124.99 for the standard model.

Microsoft offered the Type Cover bundle at £899, but this is no longer in stock.

You can still pick up the bundle from Amazon though where £878 gets you both the tablet and the Type Cover – and if you prefer the tablet alone, you can get a steeper £100 discount on Amazon instead.

The real saving via Amazon is on the Type Cover which doesn’t see many discounts directly from Microsoft.

Amazon’s £100 discount on the tablet brings the cost of the Type Cover to £99, saving you nearly £26 from buying it separately at full price – and of course, if you look at the savings through the £879 RRP value of the tablet, Amazon’s deal essentially gets you a full discount on the detachable keyboard.

We always recommend comparing Microsoft’s RRPs against the ones quoted on retailer sites like Amazon, as that value may sometimes be misleadingly bloated (for instance, Amazon currently quotes the Standard Type Cover’s RRP at £139 which is not accurate). We have a guide on the best Surface deals and how to spot them here.

We don’t know how long Amazon’s Surface Pro 6 bundle will remain at £878 as it already saw an increase from £848 earlier today. Check out the bundle here.