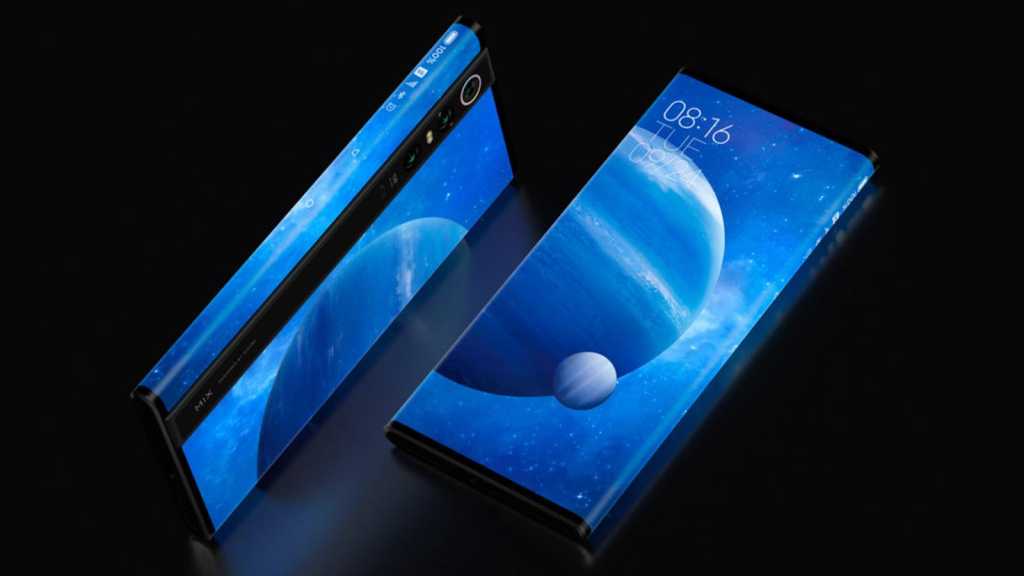 A full-screen display phone with waterfall edges is the product we thought Xiaomi had kept us waiting two hours to announce at its September event in Beijing. We couldn’t have been more wrong about Mi Mix Alpha.

A magnificent display that stretches right around the body, with only a couple of slim (2.15mm) titanium-alloy bars top and bottom and a ceramic and Sapphire Glass camera strip running up the rear breaking the 360 design, Mi Mix Alpha has an incredible 180.6% screen-to-body ratio.

How are you going to fit a case, you ask? WHO CARES. This phone looks amazing, nothing like anything we’ve seen before, with a double-folding flexible display that just goes on and on and on. 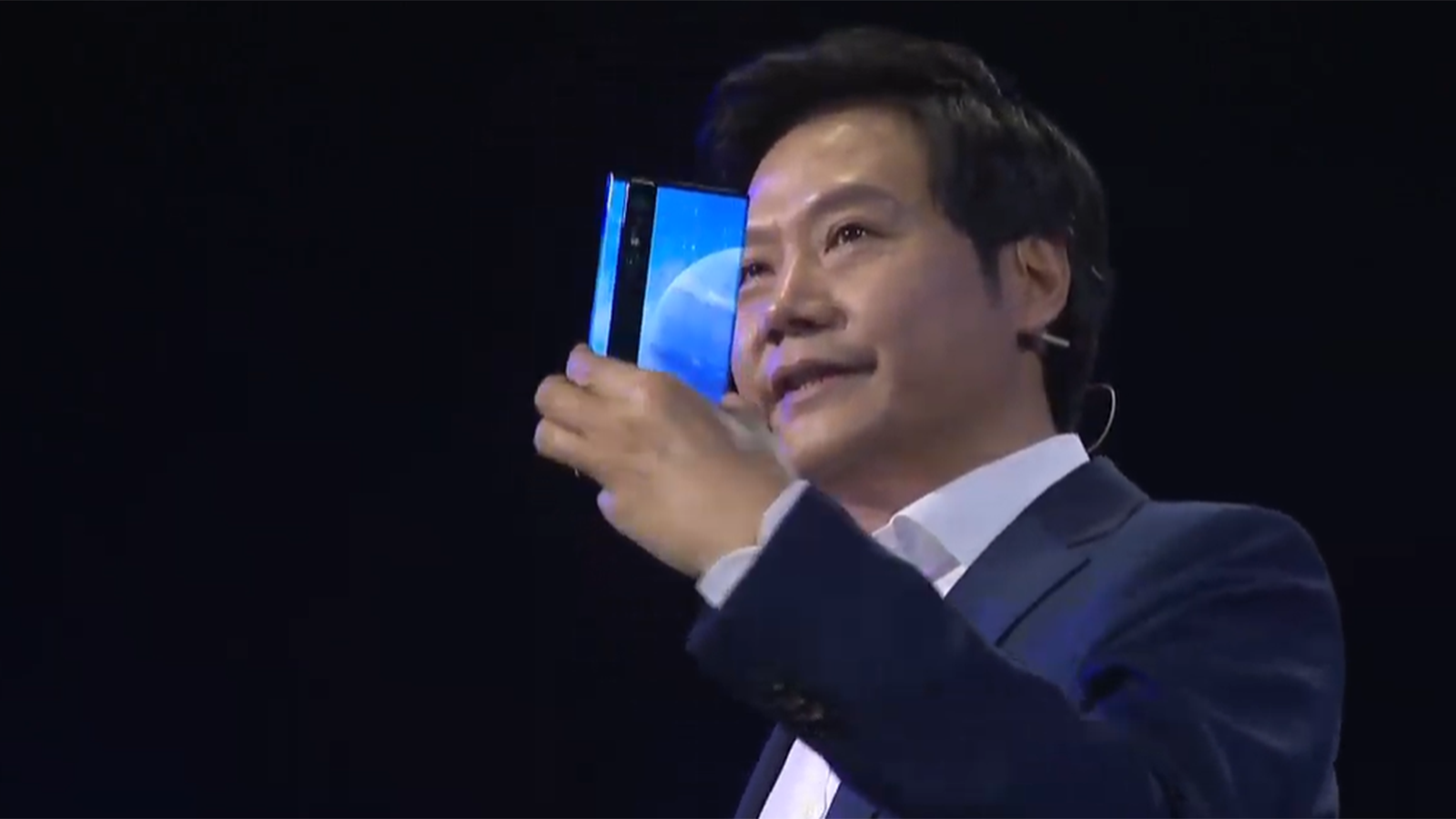 Exactly how it all works is something we are excited to learn, but Xiaomi explains that it has added pressure-sensitive virtual buttons with haptic feedback on the sides and incorporated sound-on-display to negate the need for physical speakers.

Since the original Mi Mix the selfie camera has always been a sticking point, and it wasn’t until Mi Mix 3 that it got it half right with a sliding-screen mechanism that allowed the lens to be hidden behind the screen. Prior to this it was placed in the phone’s chin, below the display, which meant you had to turn it upside down to get a portrait image.

Xiaomi’s solution in Mi Mix Alpha is breathtakingly simple. Since the display is no longer restricted to the front surface, the primary camera can be used as both front and rear camera. And what a camera it is. 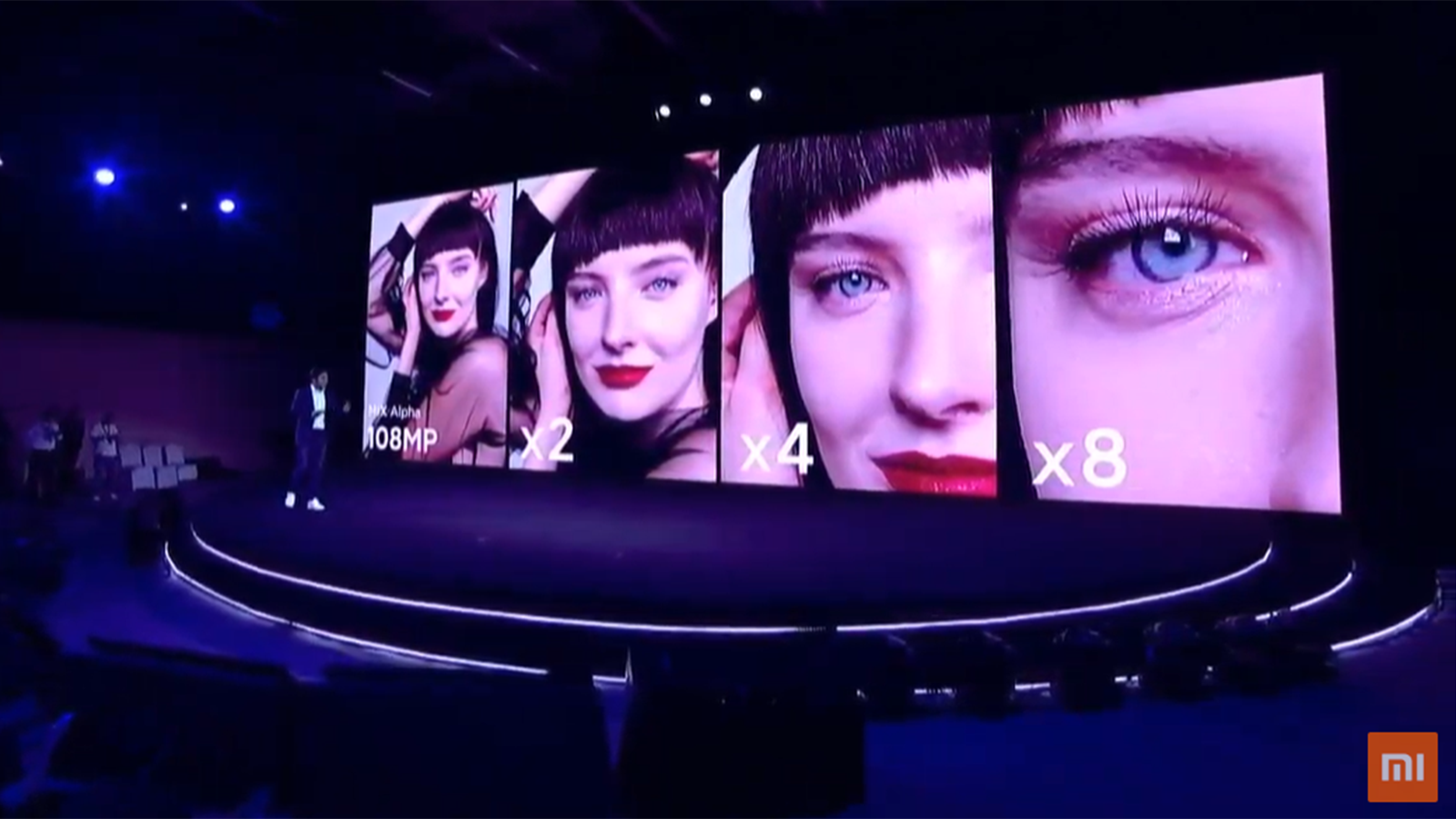 Mi Mix Alpha is the first smartphone to use Samsung’s ISOCELL Bright HMX sensor, which has a ridiculous 108Mp. There’s a 1/1.33in ultra-large sensor with 1.6um pixels, capable of an insane 12032×9024 pixels. Part of a triple-lens assembly the 108Mp lens is joined by 20Mp and 12Mp secondary cameras.

More megapixels does not necessarily mean a better photo, but the examples Xiaomi gave during the presentation were stunning. It demonstrated how you could zoom into a selfie 8x and see every single detail, with every hair and every wrinkle. (Which you may not want to do, of course.)

We’ve since seen this 108Mp camera implemented in the Mi Note 10 ( which you can buy). 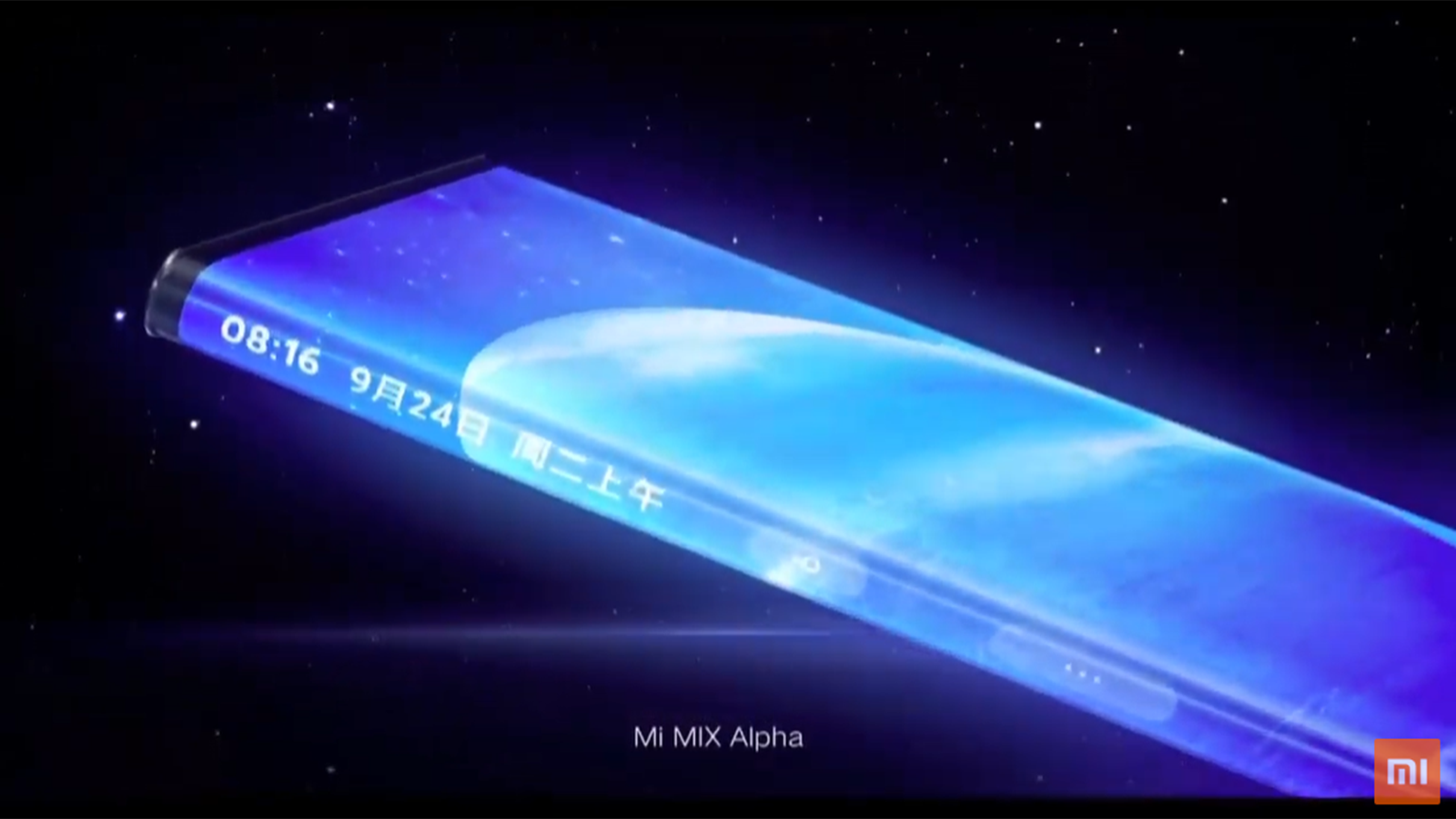 Other specifications include the top-end Snapdragon 855+ with 5G, and Xiaomi has managed to get around the problem of having no frame and integrated antennae for five major 5G frequency bands on one side. There’s also 12GB of RAM and 512GB of UFS 3.0 storage, and 40W wired charging.

When is the Mi Mix Alpha release date?

Announced in China on 24 September, Xiaomi confirmed that this was a concept design that would enter small-scale production in December 2019. If successful it may choose to extend this.

However, Abacus News reports that the Mi Mix Alpha has been delayed indefinitely, with Xiaomi unable to offer a firm date for release. 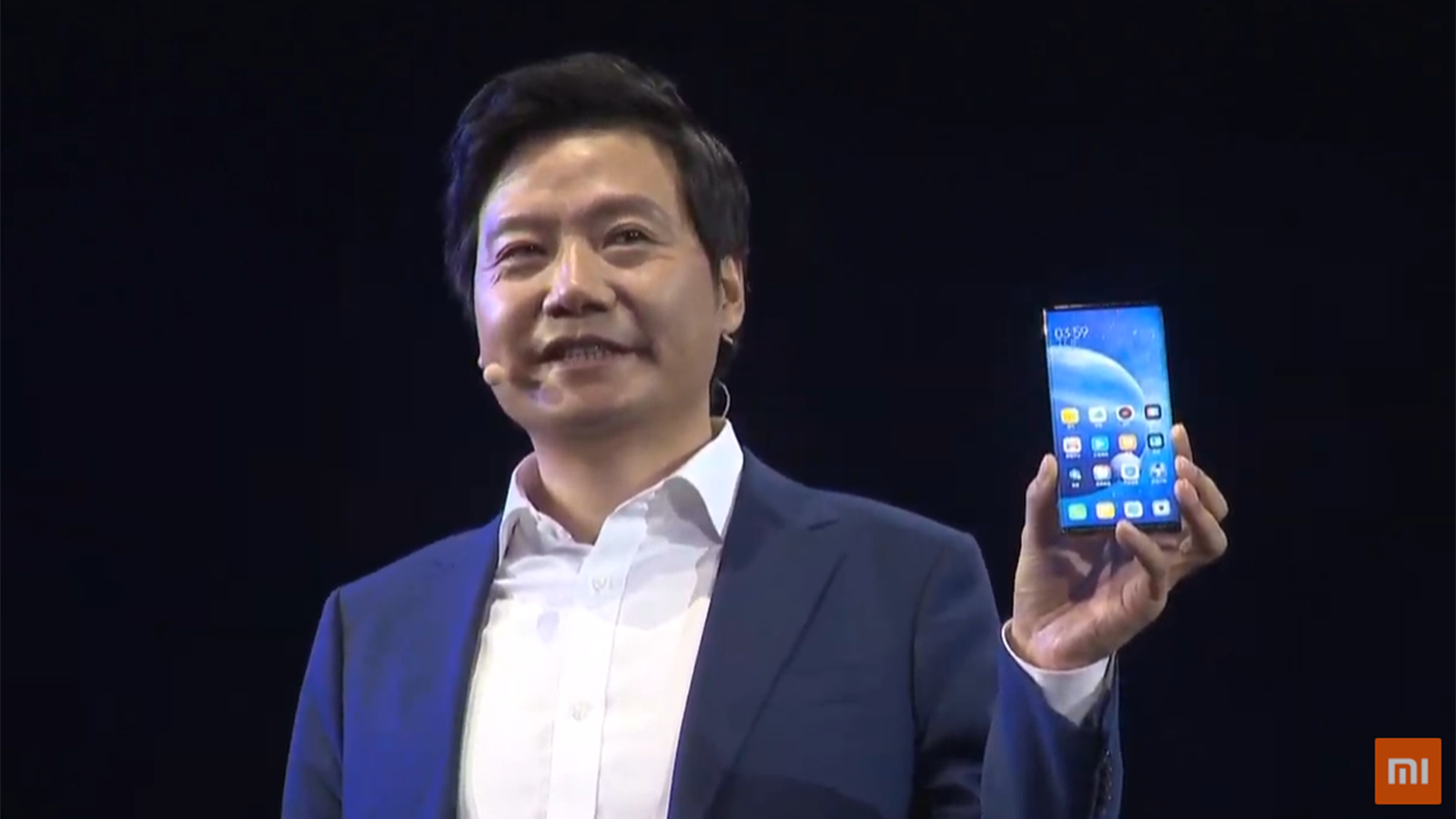 How much does Mi Mix Alpha cost?

If this was the bit you were hoping we would tell you Xiaomi makes incredible-value smartphones and in common with its predecessor the Mi Mix Alpha costs less than £500 then you need to sit down. There are some incredibly expensive components in use here, and Xiaomi has poured millions into R&D.

For something more affordable check out the Mi 9 Pro that was also announced at the event.