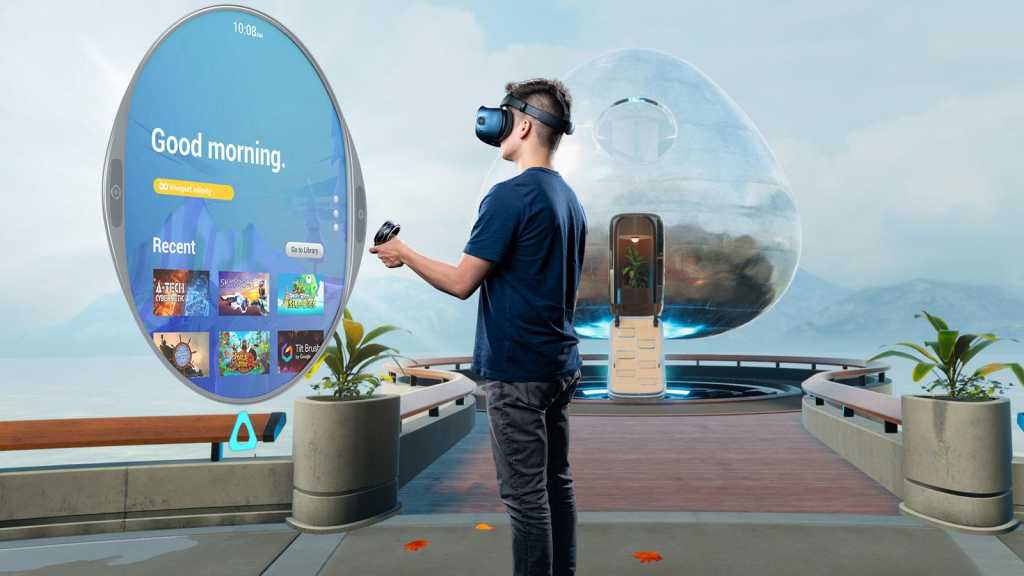 Following a CES 2019 teaser, HTC has revealed the Vive Cosmos, the company’s latest PC-powered VR headset. It’s quite the step away from the HTC Vive and VIve Pro, offering an experience akin to that of the popular Oculus Rift S – although at almost double the price.

We’ve got everything you need to know about the Vive Cosmos right here, including the release date, pricing details and all the new features on offer. For more on HTC’s latest headset, take a look at our full Vive Cosmos review.

When will the Vive Cosmos be released?

While the Vive Cosmos was initially revealed back at CES 2019 in January, it wasn’t until September 2019 that the company announced release date details for the upcoming headset. The Vive Cosmos is due to be released on 3 October 2019 in the UK, Europe and US.

How much will the Vive Cosmos cost?

The Vive ecosystem isn’t exactly famous for being budget-friendly – if anything, it’s the opposite – and that theme looks to continue with the Vive Cosmos. The headset is set to retail for £699/$699, which is admittedly cheaper than the first-gen HTC Vive when that was released in 2016, but it’s almost double the cost of the upgraded Oculus Rift S. It’s also competing with HTC’s pro-level Vive Pro headset, currently retailing for around £749 in the UK, although you don’t get trackers or controllers at that price (incredibly).

Those interested in buying the Vive Cosmos can do so via the Vive website, with pre-orders due to kick off today, 12 September 2019. We’re confident that other retailers will stock the headset closer to launch, so check back soon for more buying options and deals. 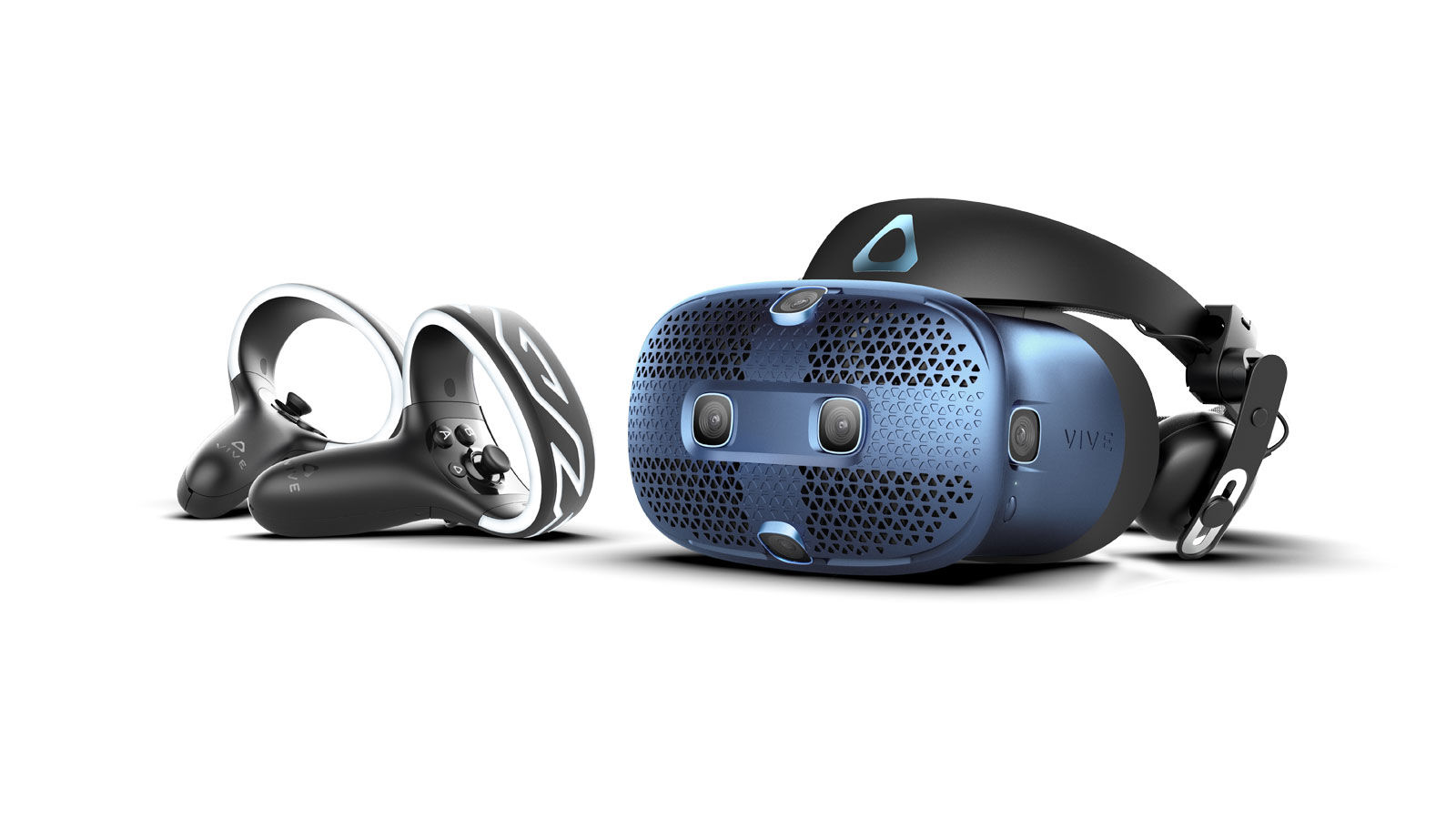 What does the Vive Cosmos offer?

So, what is the Vive Cosmos and why is it different from the HTC Vive? The headset is described as offering an “easy setup” and will provide “absolute comfort” both at home and on-the-go.

How does HTC plan to offer this?

It’s simple; much like the Oculus Rift S, the Vive Cosmos and accompanying handheld controllers don’t require external sensors for 6DOF tracking. As well as providing a speedy setup, the inside-out tracking should make it accessible to more people – not just dedicated VR gamers who don’t mind installing wall-mounted base stations.

The Vive Cosmos will connect to PC initially, but HTC has suggested that you may be able to link the Cosmos with a smartphone in future. This was further reinforced by a pre-release teaser video that shows the headset next to a smartphone and the accompanying press release, which states that the Cosmos will have “the capability to be powered by more than a traditional gaming PC”. Interestingly, this wasn’t mentioned anywhere in the official press release, so we’ve reached out to HTC for clarification.

The display is another area that has had a serious upgrade when compared to the standard HTC Vive. The Vive Cosmos features a 2880 x 1700 combined resolution across two LCD panels, which is an 88 percent increase compared to the original Vive, providing crisp graphics and easily-readable text – one of the big issues with early VR headsets. Vive also claims that there’s less distance between the pixels, reducing SDE, but that’s something we’ll confirm for ourselves once we go eyes-on.

The Vive Cosmos also boasts a generally improved headset design, including features like a flip-up HMD that lets you see the real world without having to remove the headset, and the handheld controllers have had an upgrade too. Gone is the fiddly touchpad, replaced by a joystick and accompanying buttons that look a little more like Oculus’ Touch controllers. 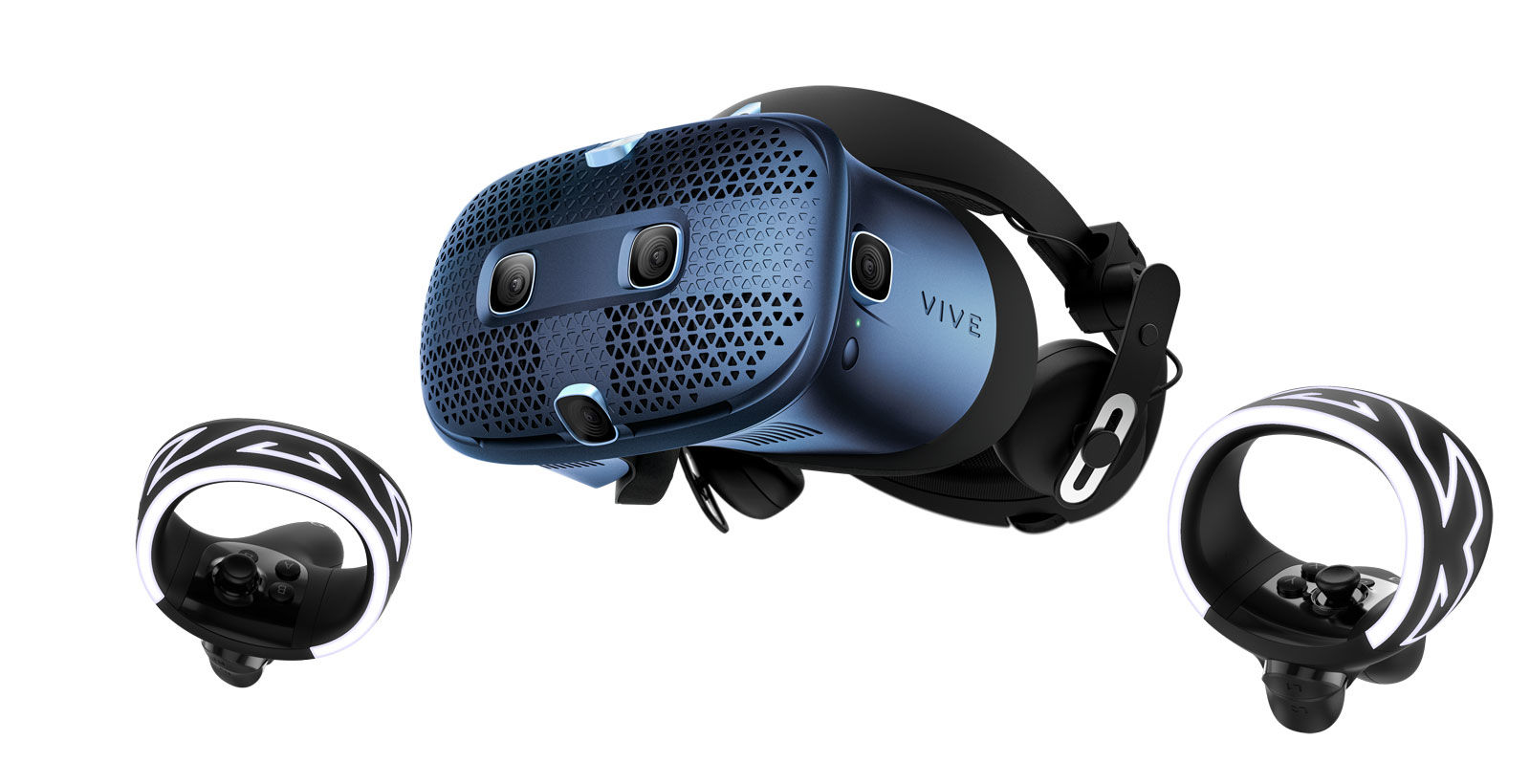 The Vive Cosmos also supports modular upgrades which Vive claims should keep the headset compatible for years to come. The first of these mods is the Vive Cosmos External Tracking Mod, due in Q1 2020, which allows Vive users to use their existing base stations with the headset – although that doesn’t give us much confidence in the inside-out tracking that the Cosmos offers.

“Since Vive began our VR journey, we’ve continued to refine and improve on what a premium VR experience can and should be,” said Graham Wheeler, GM Vive Europe. “Cosmos offers an unmatched experience and is also our most versatile headset yet—with, inside-out tracking, options in the future for different faceplates, unlimited content in the box, and the new user interface, we see limitless possibilities for XR customers.”