The Mi 9 (reviewed) has been something of an infuriating phone launch, having gone on sale in France, Spain and Italy at the end of February following a global launch at MWC. In the UK, the phone officially went on sale on 30 April.

The Mi 9 SE came even later to the UK, launching on 6 June from £349. We have yet to see a Mi 9 Explorer in the UK, and we are probably now unlikely to do so.

As we’ll outline below the Mi 9 is an incredible phone for the money (at MWC 2019 that we gave it one of our ‘Best in Show’ awards). Officially it costs from £499 in the UK – that’s for the 64GB storage model but a 128GB model will also be available at £549. Mi 9 is cheaper elsewhere, however, costing from €449 in Europe, and when imported from China the global variant is available from £302.40 ( click here to buy).

Right now in the UK you can buy the Mi 9 direct from Xiaomi, or on a contract from Vodafone. It is also be available at other outlets such as eBuyer and Amazon.

The Mi 9 comes with 6GB of RAM and 64- or 128GB of storage, and is available in three colours – Piano Black, and gorgeous iridescent (Xiaomi calls it ‘holographic’) Ocean Blue or Lavender Violet.

Protected with Gorilla Glass 6, the screen has a Full-HD+ resolution. It covers 103.8% of the NTSC colour gamut, and offers 60cd/m2 brightness and 60000:1 contrast. Extra features include a customisable Always-on display, a system-wide Dark mode that can reduce power usage by up to 83%, Sunlight mode 2.0 and Reading mode 2.0.

Despite its size, the Mi 9 is just 173g and 7.6mm thick. At the side you find a dedicated button for calling up the Google Assistant, and turn over the phone and you find more changes. There are three lenses here, with a staggeringly high megapixel count.

Swapping out the dual-lens camera of the Mi 8, the Mi 9’s new triple-lens configuration is rated at 48Mp + 16Mp + 12Mp, all hidden behind tough Sapphire glass.

The first is a Sony IMX586 1/2″ sensor that supports 0.8um pixels and has a f/1.75 aperture. This camera can also increase the pixel size to 1.6um at 12Mp, with its ‘4-in-1 Super Pixels’ allowing in four times more light than a single pixel.

The 12Mp telephoto lens has a 2x optical zoom, while the 16Mp wide-angle supports a 117º field of view and 4cm macro photography. Both have 1.0um pixels and f/2.2 aperture. Super slow-mo at 960fps is also supported. 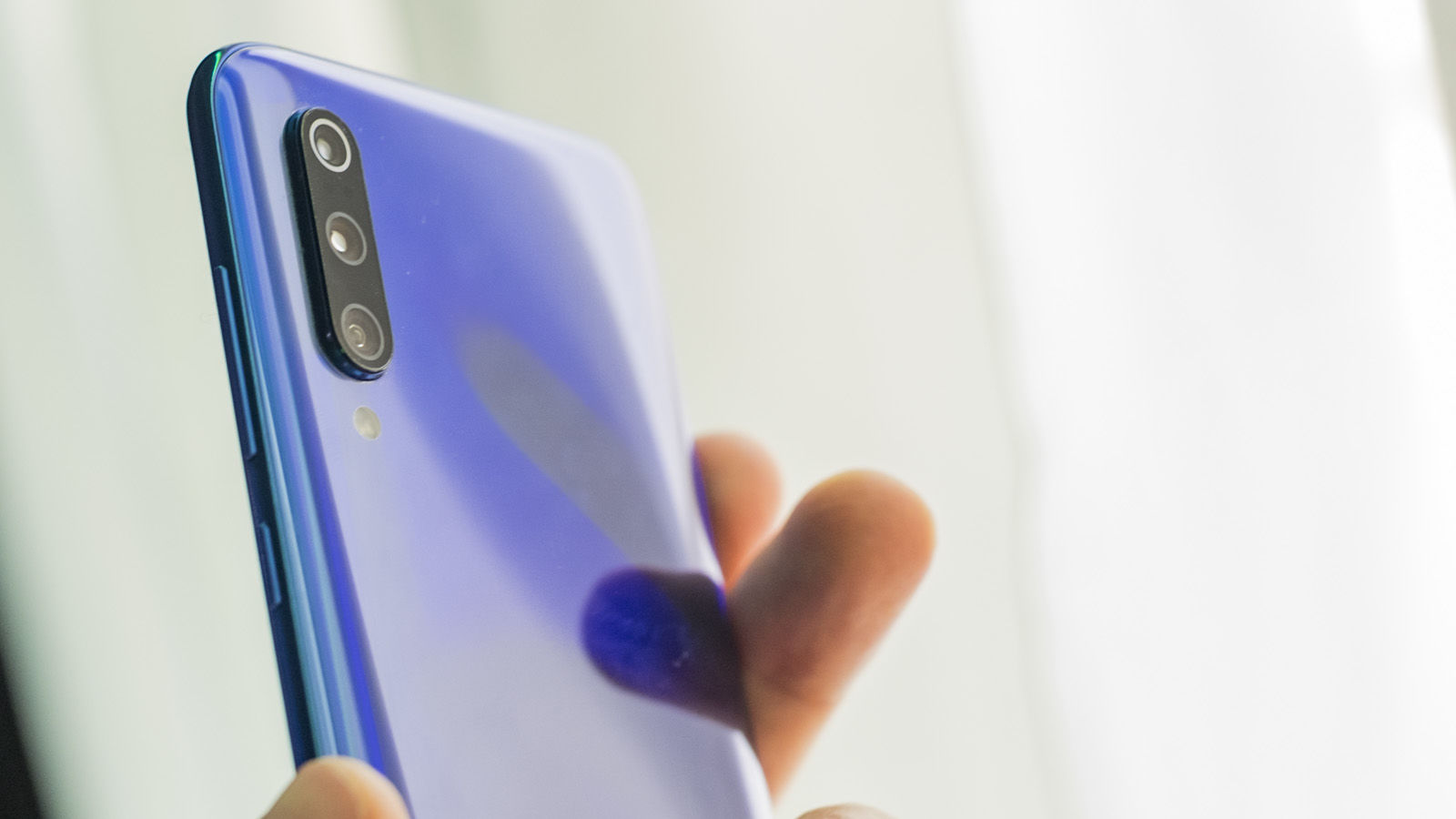 Inside is a brand-new Qualcomm Snapdragon 855 processor, a 7nm chip that uses a Kryo 845 core. It’s clocked at 2.8GHz and integrates the Adreno 640 GPU, offering a 45% improvement in processing speed and 20% in graphics over the Mi 8’s 845.  Xiaomi combines this chip with a minimum 6GB RAM and 64GB non-expandable storage, though the Mi 8 is also available with 8GB of RAM and 128GB or 256GB storage.

There’s also multi-functional NFC, dual-frequency GPS and an IR blaster, and HPUE and 4×4 MIMO. Smart antenna ensures you get the best reception at all times. 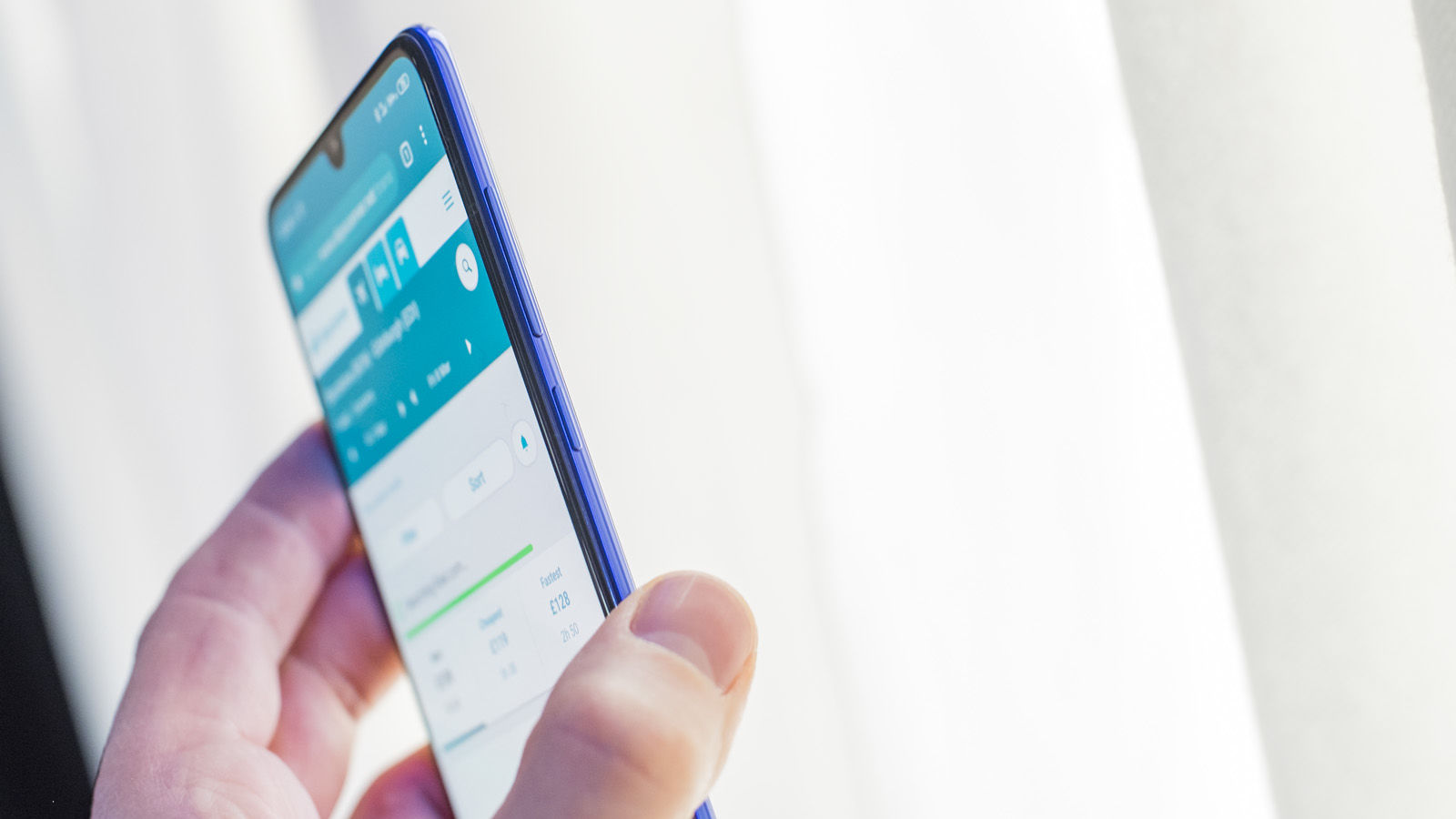 The battery is rated at 3,300mAh, which is 100mAh down on the Mi 8, but it has been upgraded to support super-fast 27W wired charging and 20W wireless charging. 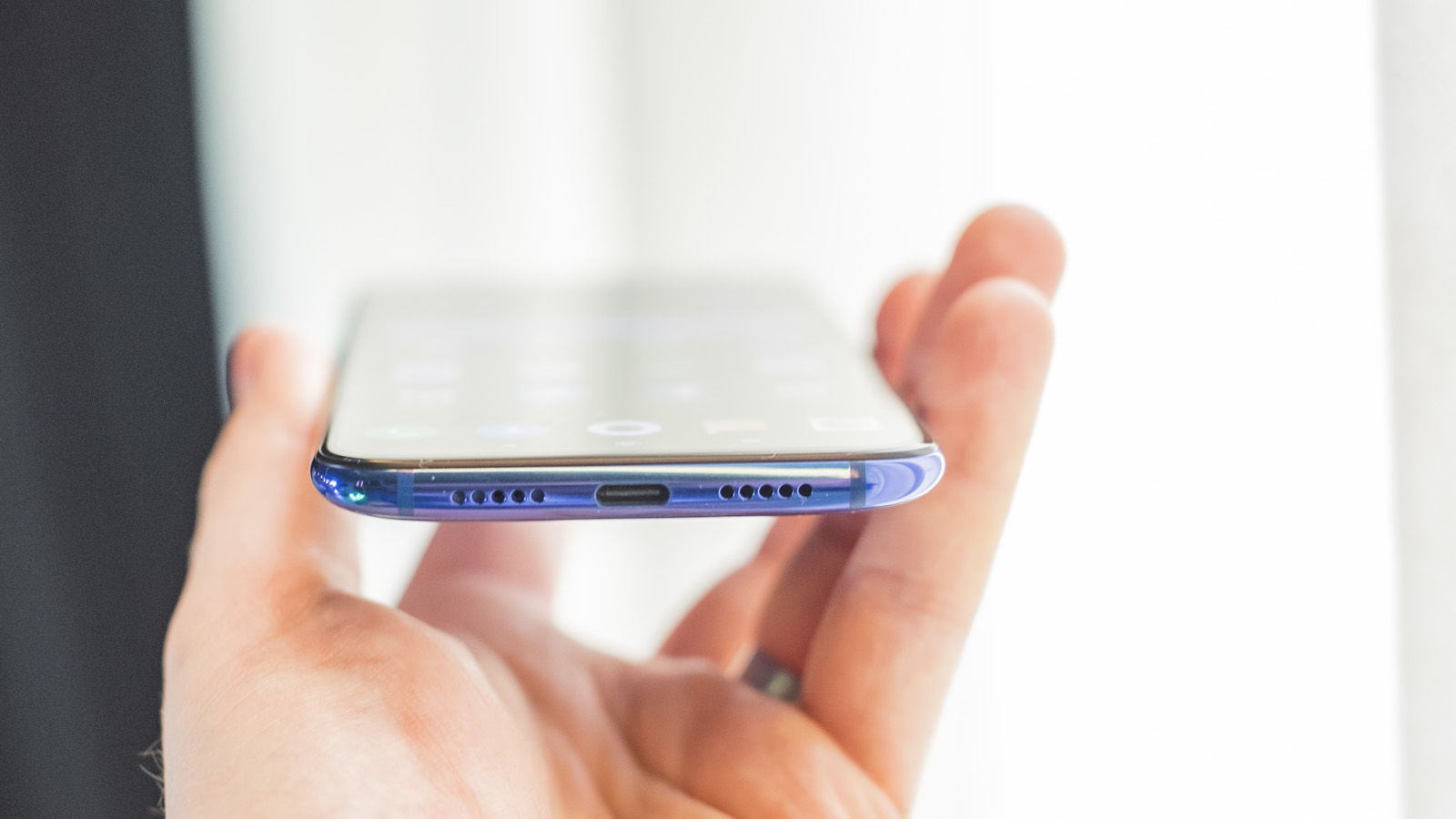 A top-end version of the Mi 9, the Explorer Edition is a 5G-capable phone with a super-cool transparent design. It’s not actually the genuine internals on show, but it looks pretty cool and the aluminium plate Xiaomi has used here doubles as a heat sink.

For the first time outside the Mi Mix line we see the Mi 9 and Mi 9 Explorer Edition supporting fast wireless charging at 20W, and Xiaomi has also introduced a wireless power bank. 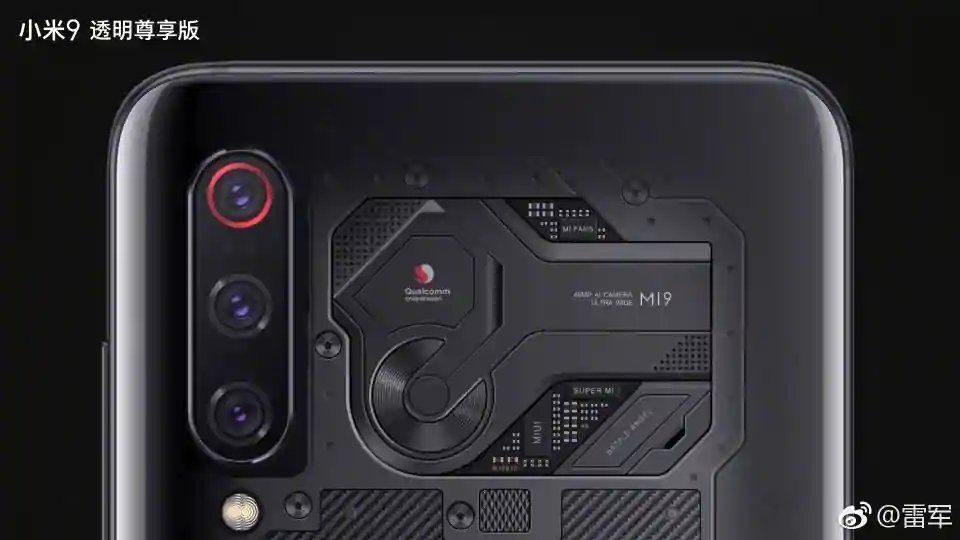 Starting at £349 with 6GB of RAM and 64GB storage, you can also buy a 128GB version for £399. Mi 9 SE is a stripped-down version of the Mi 9. It has a smaller 5.97in screen, and a slower 2.3GHz Snapdragon 712 10nm processor with Adreno 616, but otherwise shares many of the same features including an in-display fingerprint sensor.

The Mi 9 SE also has a 48Mp lens at the rear, though rather than 16Mp and 12Mp lenses of the standard Mi 9 it pairs this with 8Mp and 13Mp lenses. Both phones have a 20Mp selfie camera.

The Mi 9 SE goes on sale in the UK from the official Mi Store at 12 noon today (6 June), but you can also currently find some cracking deals in GearBest’s Mid-Year Mega Sale.

When is the Xiaomi Mi 9 release date?

The Mi 9 was officially confirmed in China on 20 February, and in Europe on 24 February. Having been on sale in  France, Spain and Italy for a couple of months now, in the UK it went on sale on 30 April at £499.

Right now in the UK you can buy the Mi 9  direct from Xiaomi, or on a contract from  Vodafone. It will also be available at other outlets such as  eBuyer and  Amazon in the coming weeks.

Mi 9 SE, meanwhile costs from £349 in the UK, where it goes on sale on 6 June. It will be available only from Mi.com/uk at first, but will later be available from other channels. If you’re happy to ship the global model from China you can currently import Mi 9 SE from as little as £219.20.

It’s possible that the Mi 9 Explorer Edition will not go on sale in the UK, though we are expecting another Mi 9 launch imminently in the form of the Mi 9T.