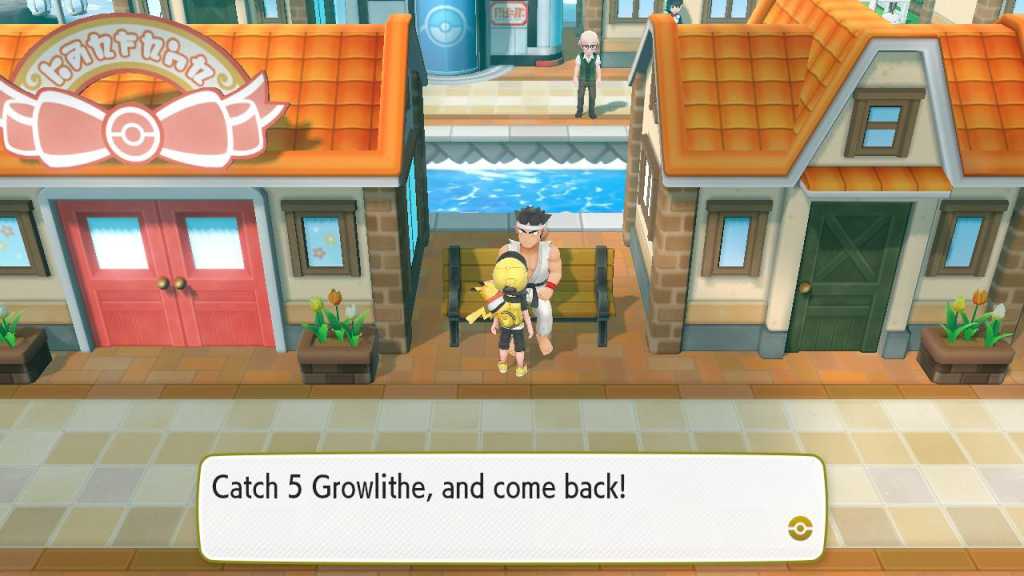 Cycling around in old versions of Pokémon like Red and Blue was great, giving you a much quicker way of travelling around the map. But how do you get a bike in Pokémon Let’s Go? We investigate.

Well the short answer is that you can’t get a bike, despite the Bike Shop in Cerulean City. The owner of the shop wants one million dollars for his best bike (you can’t even save up that much). Do listen to him talk about all the bikes to receive five Heart Scales, though.

So there’s no way of getting around quickly?

As you may remember from previous Pokémon games, you can ride certain Pokémon and that’s how you’ll travel faster in Let’s Go.

It’s very unlikely that you’ll have caught a Pokémon large enough, like an Onix, to ride yet so head to Vermillion City and speak to the person sitting on the bench in between the Pokemon Fan Club and a house.

Once you have, go back and speak to them again and you’ll be given an Arcanine or Persian for your efforts. They are both large enough to ride.

Now just make sure they are in your party and you select ‘Take out of Poké ball’ so they travel alongside you. When there’s enough room, you can mount and ride them.