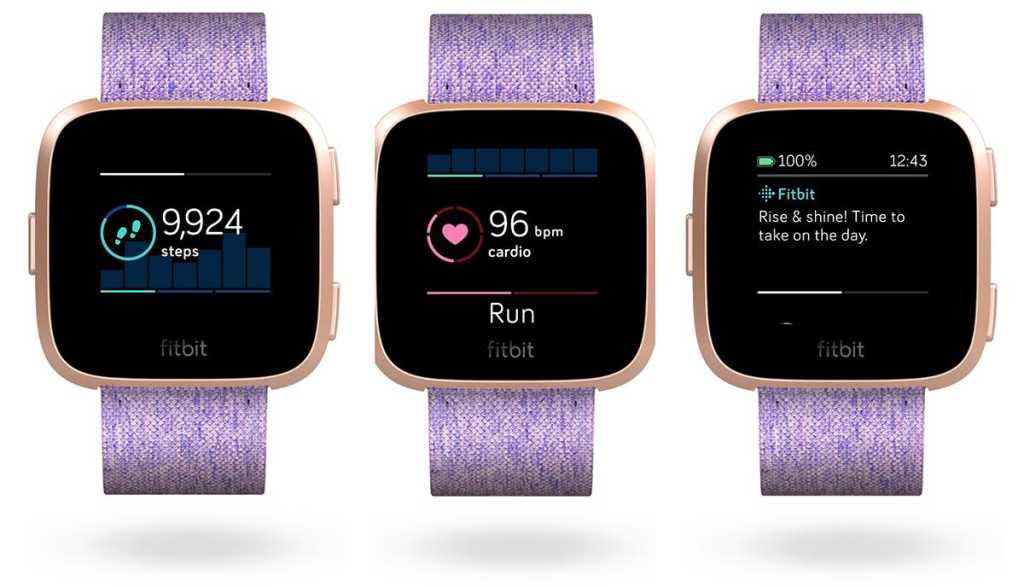 Fitbit has released a new version of its operating system. Fitbit OS 3.0 is compatible with its Versa and Ionic smartwatches. It features an extended on-device dashboard so you can add and see more stats on your device.

Here we’ll tell you what you get from Fitbit’s latest OS (Firmware Version: 32.33.1.30), and crucially how to get and install the OS 3.0 update for your Fitbit.

Fitbit OS 3.0 shows you more health and exercise stats – such as sleep, water intake, heart-rate, hourly activity and weight – right there on your wrist on your Fitbit’s Today screen, freeing you from the mobile app.

New goal-based exercise modes mean you can set goals for calories burned, distance covered, and time for more than 15 exercises, including running, biking, and swimming. These goals will include real-time stats, progress, awards and celebrations.

There will be ten new Fitbit apps, including an intriguing illness-predictor called Achu Health. This discovers patterns in your health metrics and calculates your probability of getting sick. It is available now as a clockface for Ionic and Versa (shown above). The Android and iOS apps are both in beta now, and are expected for full releases early in 2019.

Read our Fitbit Versa review, Fitbit Ionic review and how to choose the best Fitbit for you.

Ionic and Versa users can swipe up from the clock face to access Fitbit Today, which now tracks up to seven of the following stats:

Hourly Steps: steps taken this hour and the number of hours you met your hourly activity goal

Exercise: number of days you met your exercise goal this week and up to 5 of your most recently tracked exercises

Cycle track: information on the current stage of your menstrual cycle, if applicable

Sleep: time spent asleep, time spent in each sleep stage, and your sleep history over the past 7 days

Water: water intake logged today and history over the past 7 days

Weight: remaining weight left to lose or gain to reach your goal, your current weight, and your progress since you last set your weight goal

Badges: the next daily and lifetime badges you’ll unlock 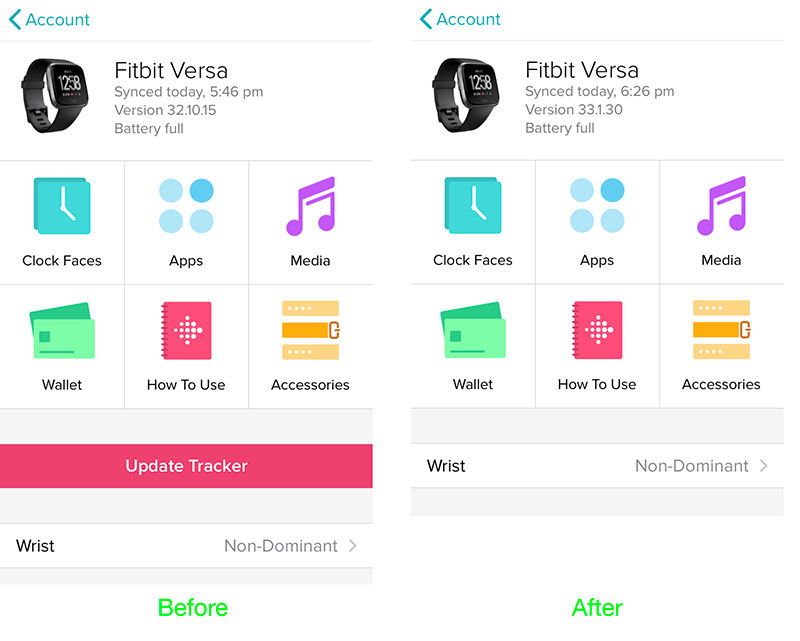 But actually installing the Fitbit OS 3.0 firmware update (this is software for your Fitbit rather than the mobile app) isn’t as simple as it should be.

Here’s how to get it on your wrist.

1. First, Fitbit recommends you check that your mobile Fitbit app (on your phone) is up to date, with at least version 2.84 before downloading the newest firmware.

2. Make sure your Fitbit is charged as it won’t install on a fading tracker, and can actually make it hang on the Fitbit logo if you try, so plug it into the charger for a while.

3. Now go to the mobile app, and sync to ensure you don’t lose your most recent activity!

4. Then tap the Account icon in the top right (it has a little circle and lines on it).

5. Now tap on the device you wish to update – probably your Versa or Ionic.

6. Underneath the Clock Faces, Apps, Media, Wallet, How To Use, and Accessories icons, you should see a pink Update button (see picture above). You’ll only see this Update option to update your device if an update is available. You might have already been updated – look at the top of this screen and you’ll see the version you’re on. The Fitbit OS 3.0 Firmware Version is 32.33.1.30.

7. Next, follow the on-screen instructions and keep the device close to your phone or computer during the update. Updates may take up to an hour to complete. Much depends on the speed of your Wi-Fi. 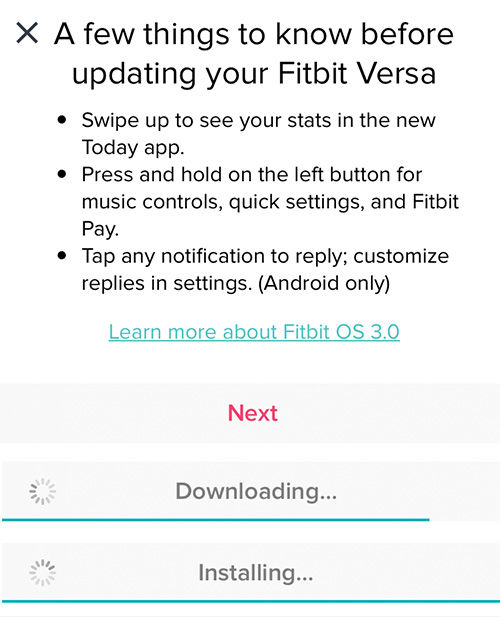 If it gets stuck (and there are plenty of online complaints that it does, which we concur with), try forcing a Wi-Fi connection again by entering the Wi-Fi info again. Installing Fitbit OS 3.0 on three devices (two Versas and one Ionic) we encountered this once, and just kept trying till it started downloading.