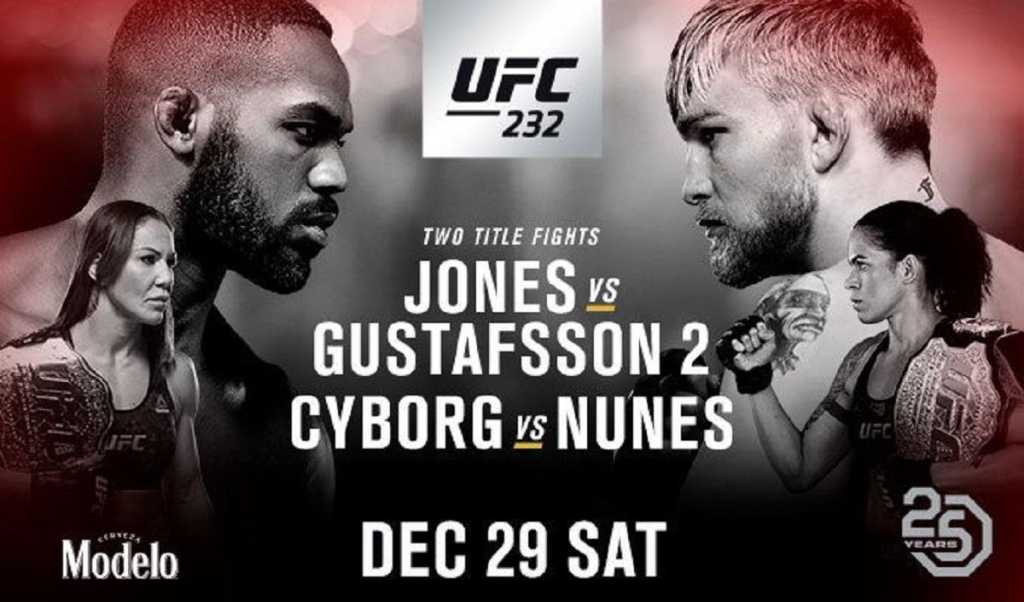 The return of Jon Jones to the UFC has fans across the world excited as he takes on Alexander Gustafsson for the light-heavyweight title.

Jon Jones has been out of the UFC for an extended period of time after testing positive for steroids after his last fight, resulting in the light heavyweight title being awarded to Daniel Cormier. This event has left a question mark over Jones’s legacy, a question that he will be wanting to answer firmly as he takes on the Swede in a tense rematch.

The main card will also see the long-anticipated fight between Cris Cyborg and Amanda Nunes for the women’s featherweight title. This fight has been a long time coming as both of these women are considered the best two female fighters in the UFC currently.

What times does Jones vs Gustafsson start?

UFC 232 will start at 11.30PM in the UK (5.30PM EST, 2.30PM PST) on 29 December. The Jones vs Gustafsson fight will take place at roughly 3AM UK time, although this will of course vary depending on the previous fights.

If you’re not in the UK, you can sign up for the UFC Fight Pass and purchase the event. If you’d like to get a discount on this price, get yourself a VPN ( take a look at our best VPN picks here)