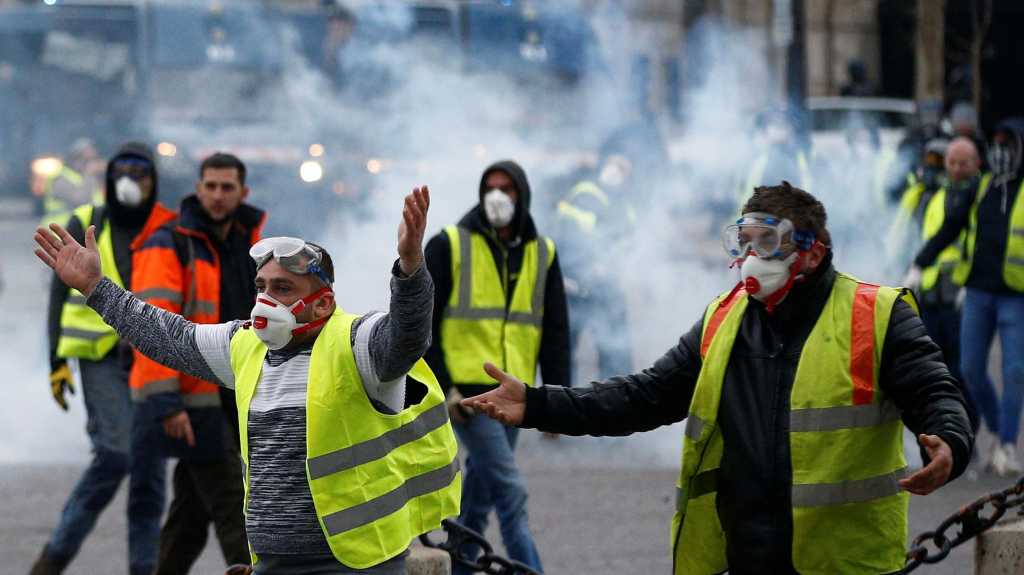 The Apple store in Bordeaux was broken into and looted on Saturday 8 December during the protests carried out by the French ‘yellow vest’ protestors. This weekend’s protests mark the third week that the yellow vests have been active as they initially campaigned against the governments raise in the country’s gasoline tax.

While the French government has agreed to drop the proposed tax, the protests have continued as participants continue to demonstrate for wider concerns surrounding living conditions in France.

Footage from Twitter found below shows protestors breaking into the store, fighting over iPhones, Macs and iPads as the display stock is stolen within a few seconds.

Make sure you know what to do in the event that your iPhone or iPad gets stolen with our quick guide.

France Bleu has reported that two arrests have been made in connection with the looting of the Apple store and that the store has been shut down with the doors and windows blocked. Ironically, the Apple devices that were taken were display models that are not only locked but also GPU tracked and will generally be unusable to the average consumer.