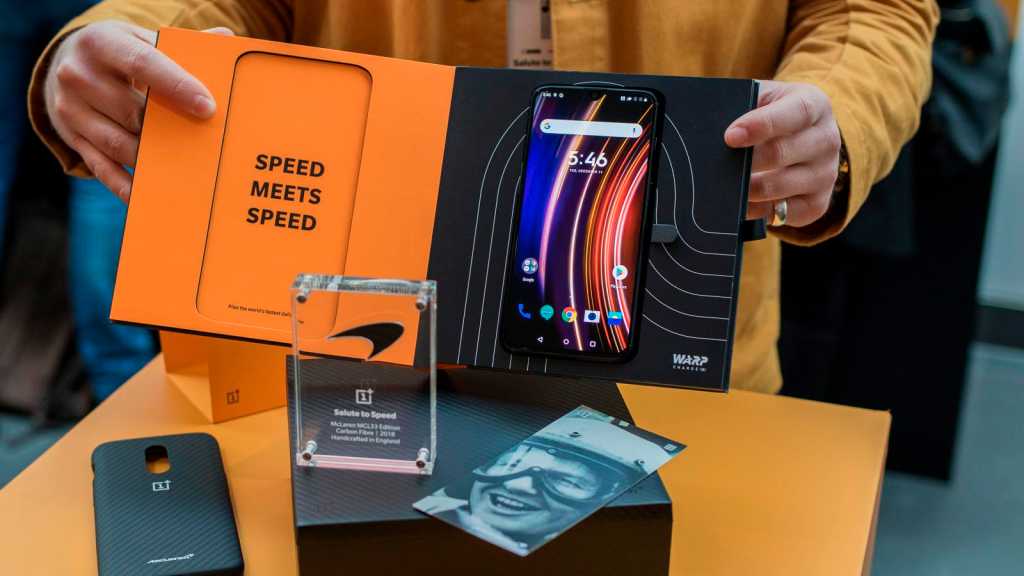 If you haven’t bought the OnePlus 6T yet you might be glad you waited. The company today unveiled its new McLaren edition OnePlus 6T at an event at the McLaren Technology Centre in Woking, England.

The special edition phone is black and orange, echoing the livery of the latest McLaren Formula One cars. CEO of McLaren Racing Zak Brown introduced the “long term partnership” with OnePlus on stage at the event which was titled a ‘Salute to Speed’.

The partnership has been nine months in the making, and a book entitled ‘Salute to Speed’ has also been produced by the companies. McLaren’s 2019 F1 driver line up of Lando Norris and Carlos Sainz were at the event to to support the launch, if in an awkward brand promotion stunt, and pulled the phone from the book which acts as its presentation box. 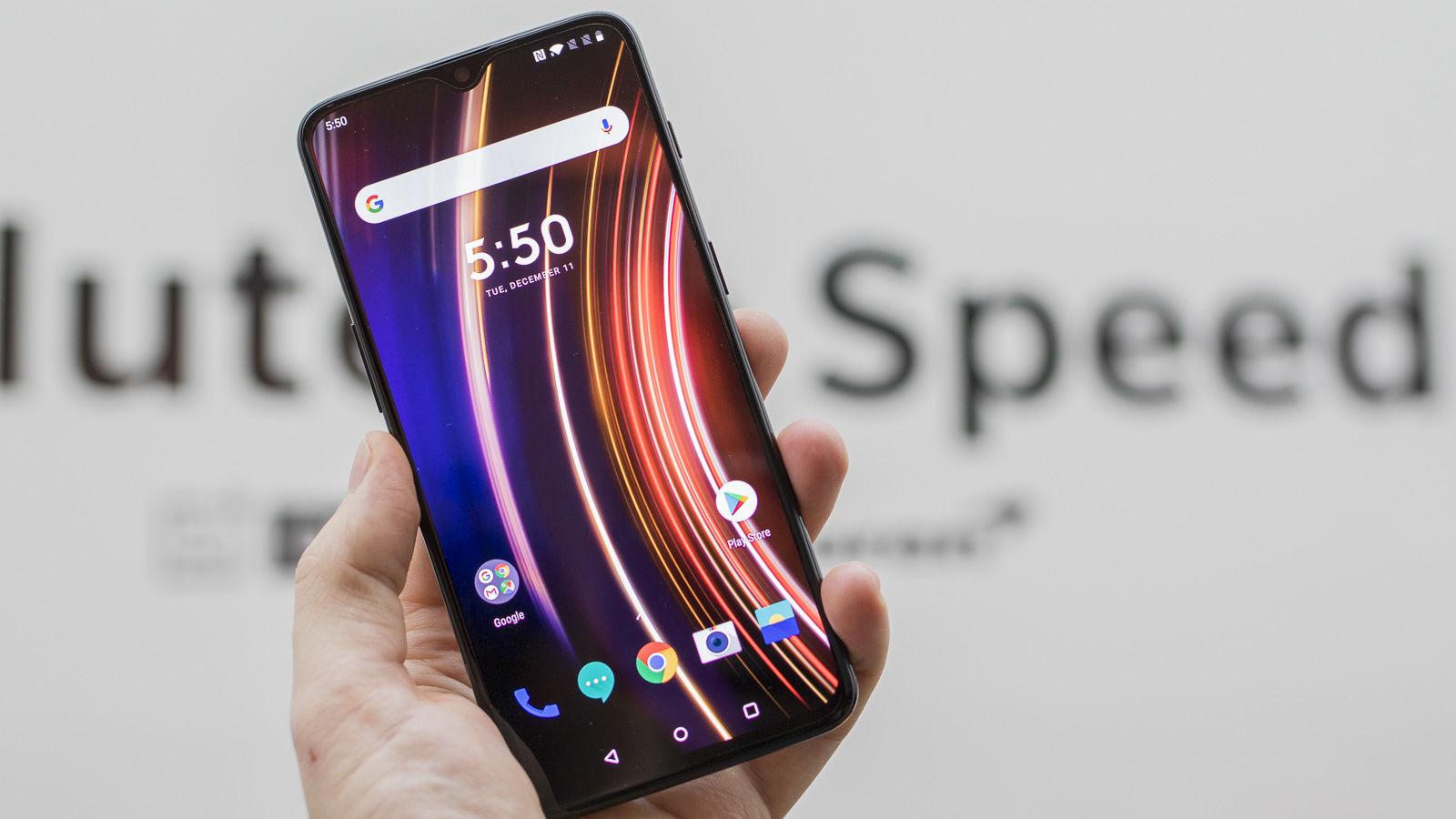 OnePlus only sells one phone at a time in a six-month update cycle, so it relies on new versions of its phone to maintain interest in the brand and to spread the word of the phone to new markets. The McLaren partnership echoes the Huawei Porsche Design models and the Lamborghini Oppo Find X.

The McLaren 6T has a carbon fibre pattern on the back in reference to McLaren’s use of the material in F1 and OnePlus’ own historic use of it in its phones and cases. It’s also got the McLaren logo. 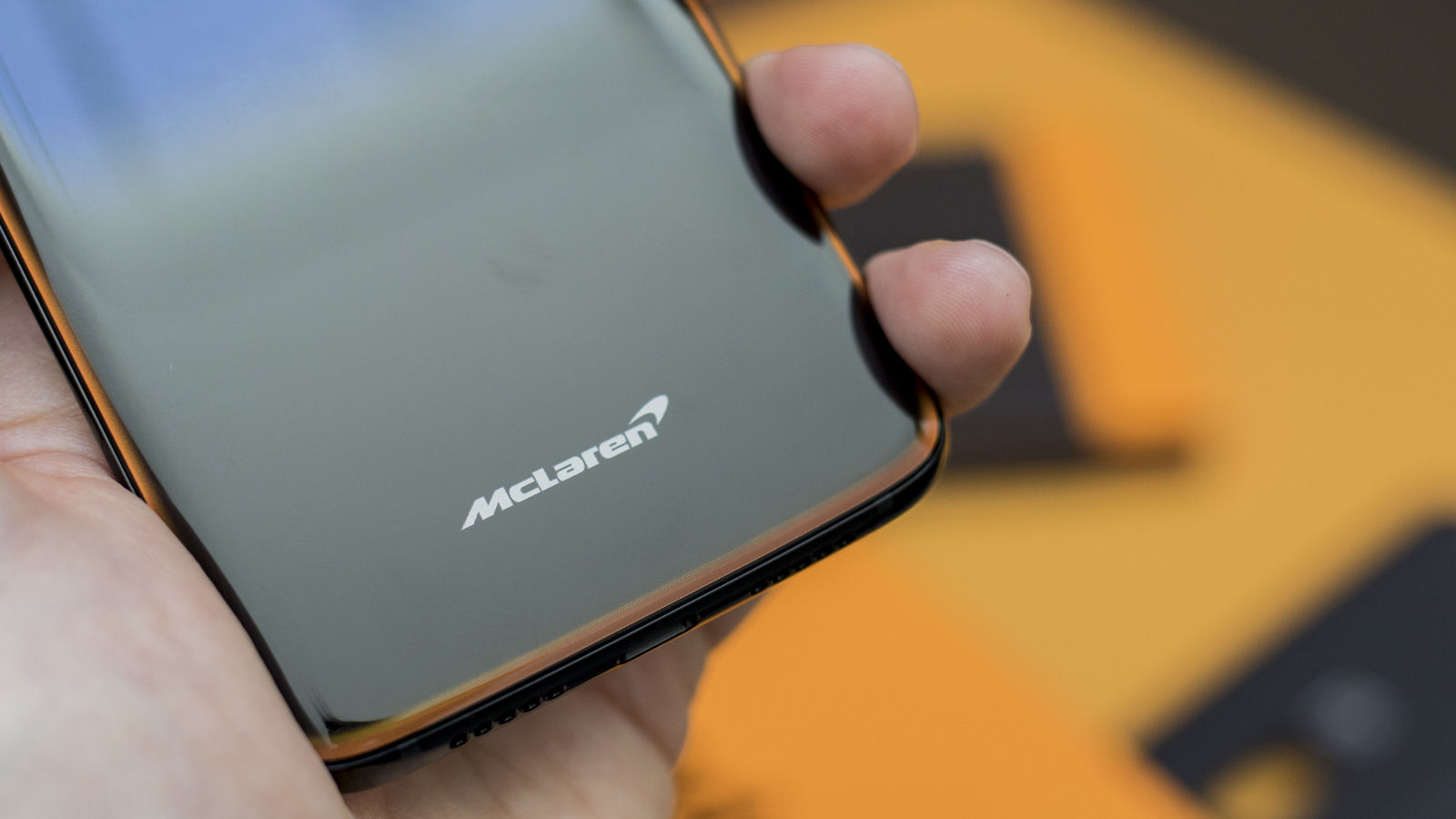 The McLaren 6T isn’t just a paint job though. It has what OnePlus calls Warp Charge, a 30W charging standard that the company claims can offer a day’s power on 20 minutes, though this is unlikely to be from dead to 100 percent.

As well as this upgrade the phone also comes with 10GB RAM as standard as opposed to the 6- or 8GB of the regular 6T models.

This translates to a great looking phone but one that comes at a higher price than normal, retailing at £649 GBP, €699 Euros or $699 USD. 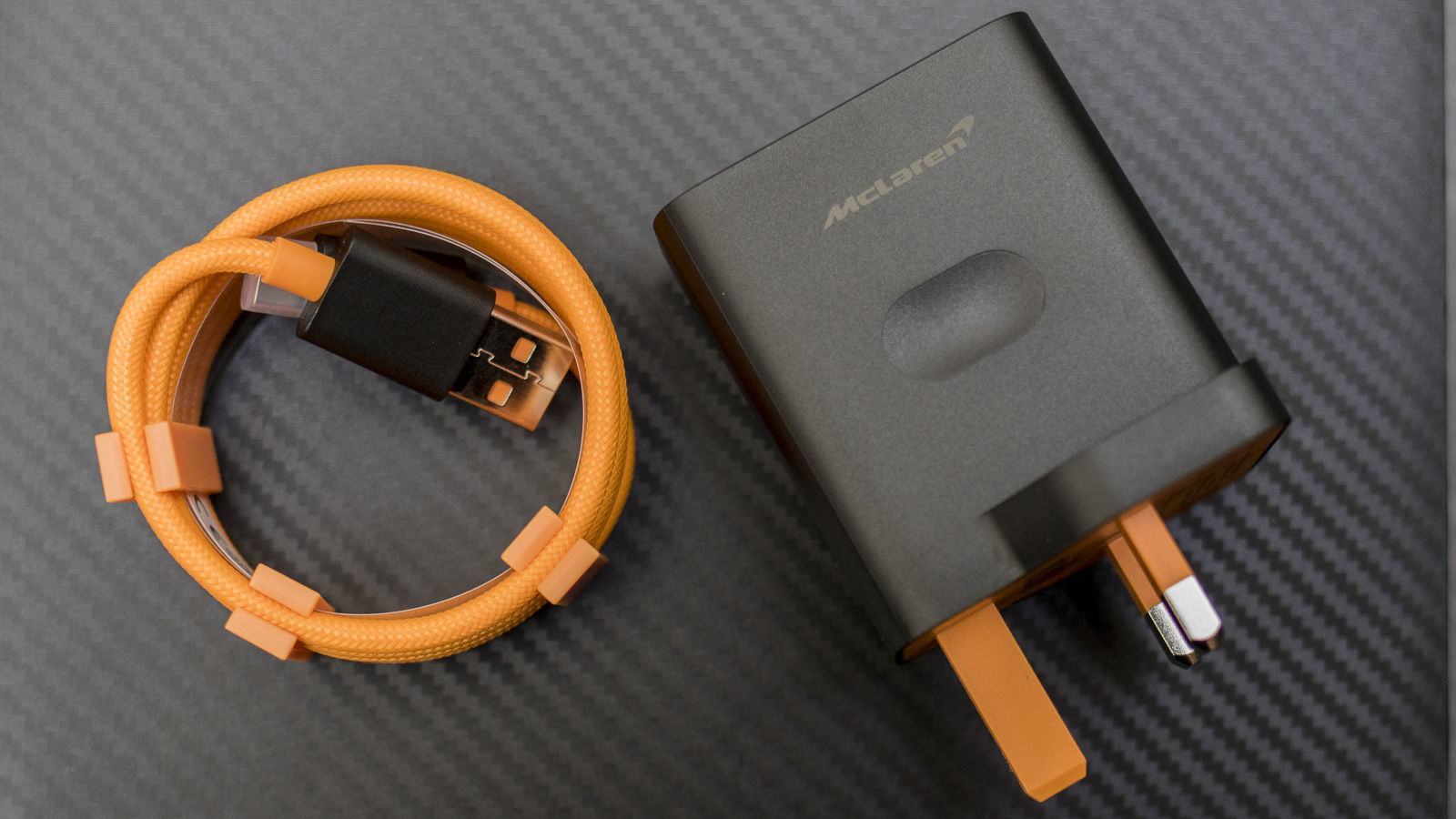 The partnership represents OnePlus pushing aggressively into new potential markets. While a darling of the tech enthusiast space, it is perhaps seeing the revenue plateau as a niche player. By releasing the phone OnePlus will be hoping it gets in front of a new buying audience, and McLaren isn’t a bad place to start. If you can’t afford a £750,000 McLaren road car, the McLaren 6T might be more realistic.