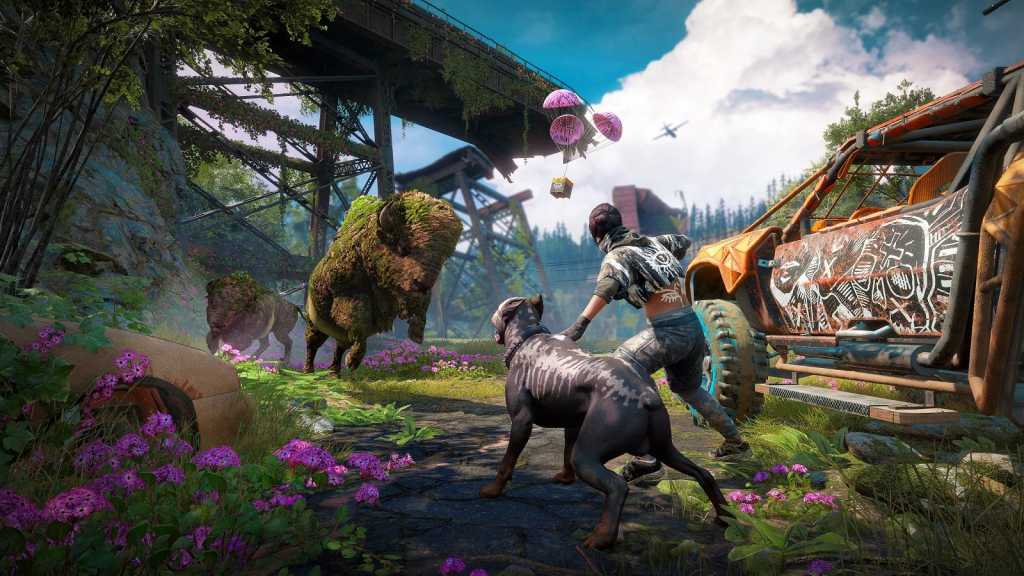 Following a surprise teaser in early December, Far Cry New Dawn was revealed during The Game Awards 2018. Set in a post-apocalyptic Hope County 17 years after the events of Far Cry 5, New Dawn looks to offer an entirely new spin on a Far Cry game. With mutated animals roaming the world and a gang of deadly highwaymen scavenging materials from Hope County, it’s down to you to help the Survivors fight back.

Here’s all you need to know about Far Cry New Dawn, from release date and pre-order information to the latest trailer and gameplay news.

When is the Far Cry New Dawn release date?

As revealed during The Game Awards 2018, Far Cry New Dawn is set to be released on 15 February 2019, and will be available for PS4, Xbox One and PC with support for the high-end PS4 Pro and Xbox One X.

But despite not being released for a few months, pre-orders of the game are already live – and it’s already cheaper than many recent games. You can pre-order Far Cry New Dawn on Amazon and GAME for £39.99 in the UK, along with Amazon and Best Buy for $39.99 in the US. 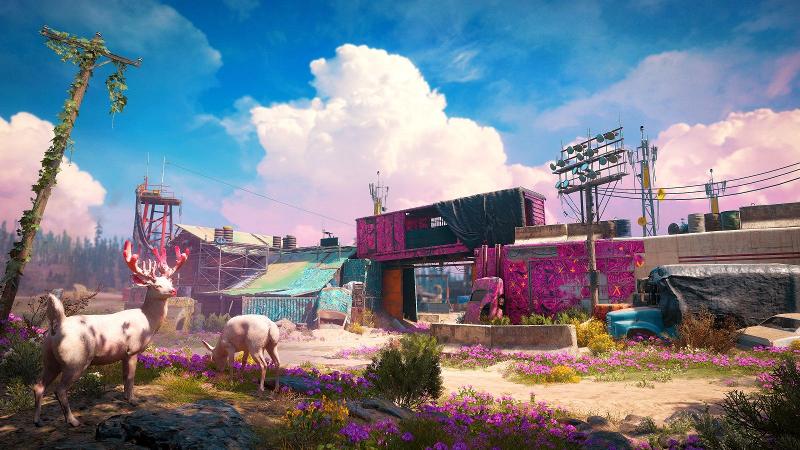 The Far Cry New Dawn reveal trailer paints a picture of a post-apocalyptic Hope County, set 17 years after the events of Far Cry 5. If you haven’t finished Far Cry 5 yet, we’d advise against watching the trailer because, y’know, spoilers.

As mentioned above, Far Cry New Dawn takes place in the fictional Hope County, Montana 17 years after a global nuclear catastrophe caused by none other than Far Cry 5 antagonist Joseph Seed. The basis of the open world is the same Far Cry 5, but nuclear fallout has transformed it – both in terms of the environment and the creatures that dwell within. If you thought the bears in FC5 were tough, just wait until you see some of the mutated creatures roaming the open world of New Dawn.

New Dawn introduces a new danger; the Highwaymen, and their leaders, The Twins. Mickey and Lou were raised in a lawless frontier following the nuclear attack, and along with their band of scavengers, are tearing up Hope County to take all available resources. It’s up to you to help the survivors grow stronger, craft deadly weaponry and forge unexpected alliances to fight for the very survival of Prosperity. 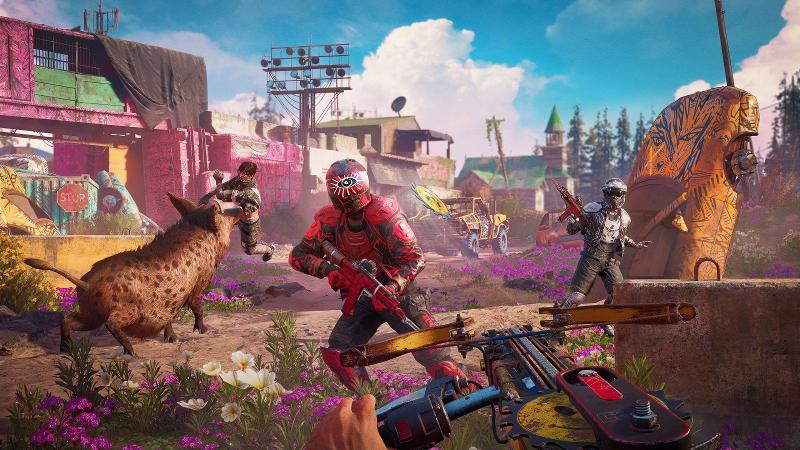 Prosperity is your home base, and the stronghold of the Survivors. It’s where you’ll not only be able to craft ever-more ridiculous post-apocalyptic weaponry, but vehicles too. Prosperity is also home to your Huns for Hire, and while Boomer might not still be around (17 years is a long time in dog years!), there are some familiar faces floating around ready to lend a hand.

For the first time in a Far Cry game, you’ll be able to leave the open world and explore other real-world locations in the US, from wetlands to canyons and more. These activities are called Expeditions and provide the opportunity to get your hands on valuable materials – but you’d better get in and out quickly, because the effects of the apocalypse are felt far and wide.

We expect that we’ll find out more about Far Cry New Dawn in the run-up to release in February, and we’ll update this article when new information is available so make sure to bookmark and check back soon!