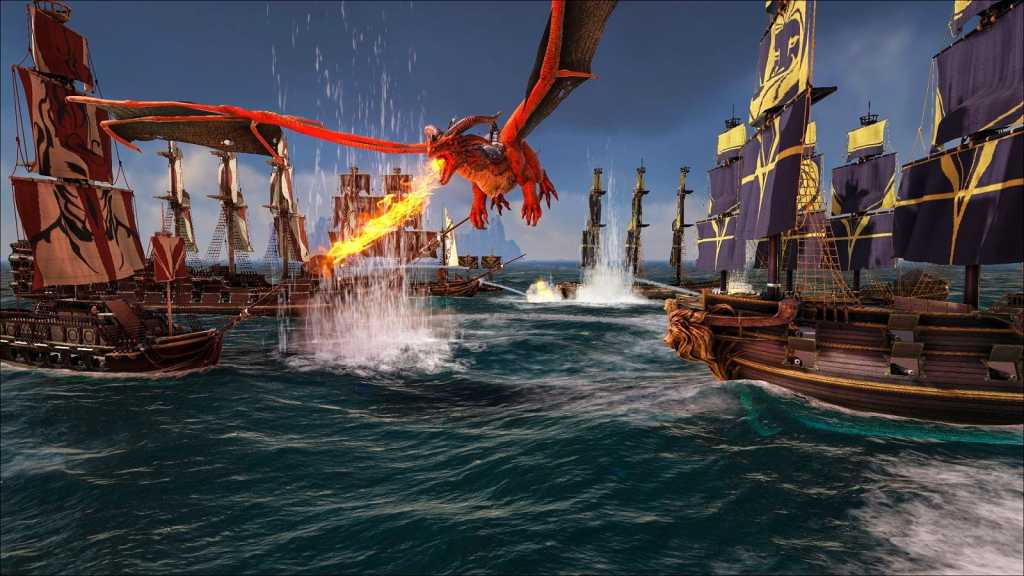 Following the success of Ark: Survival Evolved, Studio Wildcard has announced its next project; Atlas. Atlas is a massively multiplayer fantasy pirate adventure set in a persistent world of up to 40,000 players that, in essence, looks to be what many wanted from Sea of Thieves and a whole lot more. The best part? It’ll be released in a matter of days, not months – in Early Access form, anyway.

Here’s all you need to know about Atlas, including release date information, the latest trailers and what you should expect in terms of gameplay (spoiler: there’s a lot to do!).

When is the Atlas release date?

It was originally due to be released on 13 December 2018 via  Steam Early Access, but it has since been pushed back to 19 December 2018, with the game set to come to Xbox One’s Game Preview program in early 2019.

Due to Sony’s stance on early access-style games, it won’t be available on PS4 until the game leaves early access – and we imagine that’ll be quite some time away. Ark: Survival Evolved was available in Early Access for just over two years before its official launch, and we expect a similar period of testing this time around.

The Atlas reveal trailer, seen below, gives us our first look at gameplay and includes a whole roster of sea creatures, and wait, was that a four-headed dragon?

So, what should you expect from Atlas? The developer has a grand vision for the game, and one that we hope it can achieve.

Atlas is a first-person fantasy pirate adventure that takes place in a persistent world of up to 40,000 players. That’s a whole lot of players on a single server, and should facilitate some truly epic PvP action. There is a huge and varied world to explore, 45,000 square km to be exact, filled with over 700 land masses spread across ten distinct world regions. Each region has unique wildlife, resources, secret and most importantly, environmental hazards. 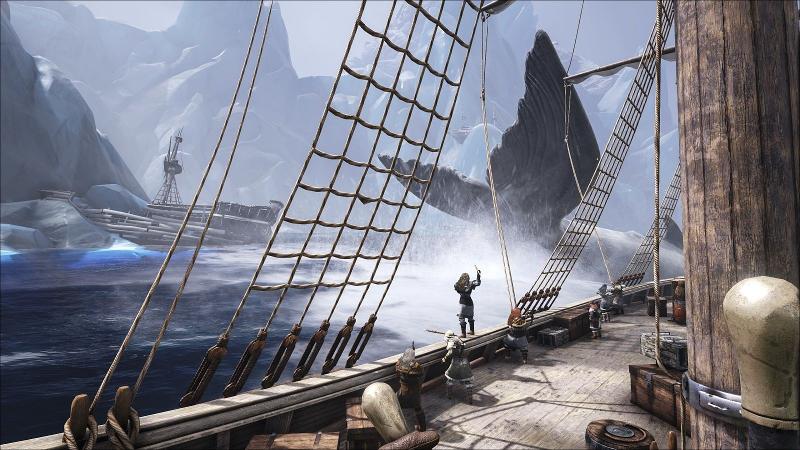 We’ve already seen huge sea creatures, deadly waterspouts and mythical beings in the reveal trailer, and we can only imagine what else SW has in store. There are apparently 50 different creatures roaming the world at launch, with more planned in future updates.

You can design your own ship in a dry dock, starting small with a skiff and working your way up to a titanic galleon capable of transporting a small army. You place all the pieces of the ship – from sails to gunports and planks – yourself, with every piece having a physical material and weight. Once you’ve got yourself a ship, you can recruit both real-world players and AI crew from freeports across the world, or from destroyed Army of the Damned shipwrecks.

Not only can you upgrade your ship, but an MMO-scale character progression system allows you to upgrade your character in over 15 disciplines. There are over 300 skills in a vast unlockable tree that can provide active and passive character abilities, stat-buffs and more. There is also a vast character creation system at play, in which Studio Wildcard claims you can accurately recreate any real-world person in the game. That’s a bold claim, and one we’ll be putting to the test once we get some time with Atlas! 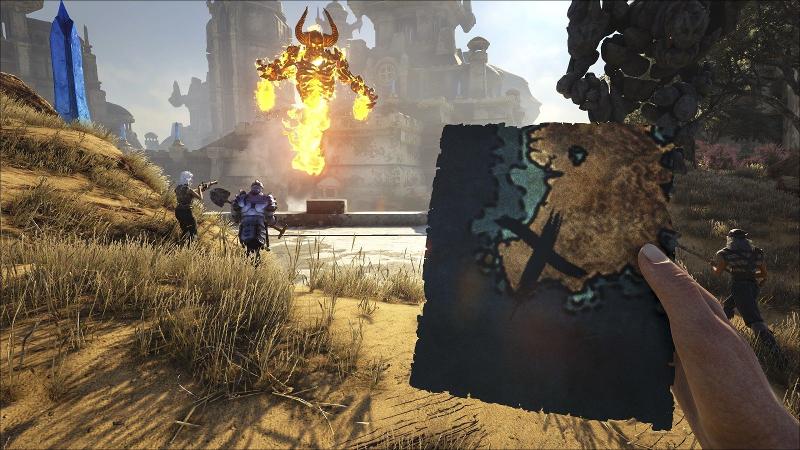 Unlike Ark: Survival Evolved, Atlas has a full quest system complete with sub-quests, procedurally-generated treasure maps and challenge zones, giving you some direction in a vast open world. We’ve got big hopes about the questline, and hope that it isn’t solely comprised of fetch-quests. Only time will tell!

And of course, it wouldn’t be a pirate game without booty. In Atlas, if you can get your hands on it, it’s yours. That applies not only to treasure chests but enemy ships, crew, pets, fort and land too.