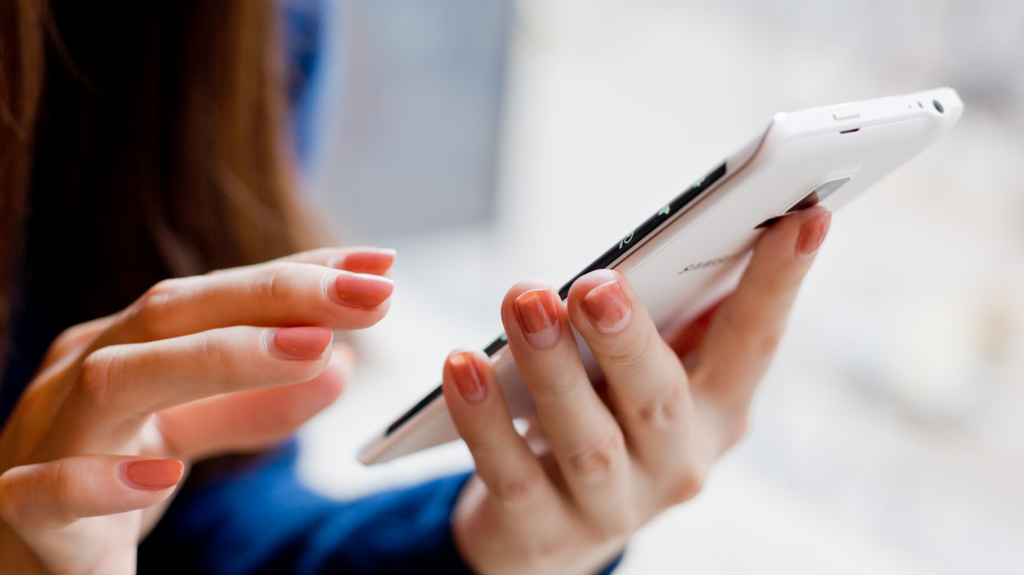 Whether you’re planning a surprise event or worried about prying eyes reading your messages, it’s a good idea to protect access to your texting apps. We show you a few different ways to ensure that your communications remain private.

Set up a security lock on your device

Obviously, to stop anyone gaining access to your data, you’ll want to have a security lock on your phone. The chances are you’ve already set one up, using either a fingerprint, facial recognition, passcode or pattern to ensure your device remains secure.

If not then it’s easy to enable the feature.

Those on Android devices need to open Settings > Security & Location, then select the Screen Lock option and choose which method to employ.

One easy way for others to read your texts is if they appear on your Lock Screen as notifications. Thankfully this is easy to disable on Android and iOS.

On your iPhone open the Settings app, go to Notifications, then scroll through the list until you find Messages. Tap this and you’ll be presented with a range of options. 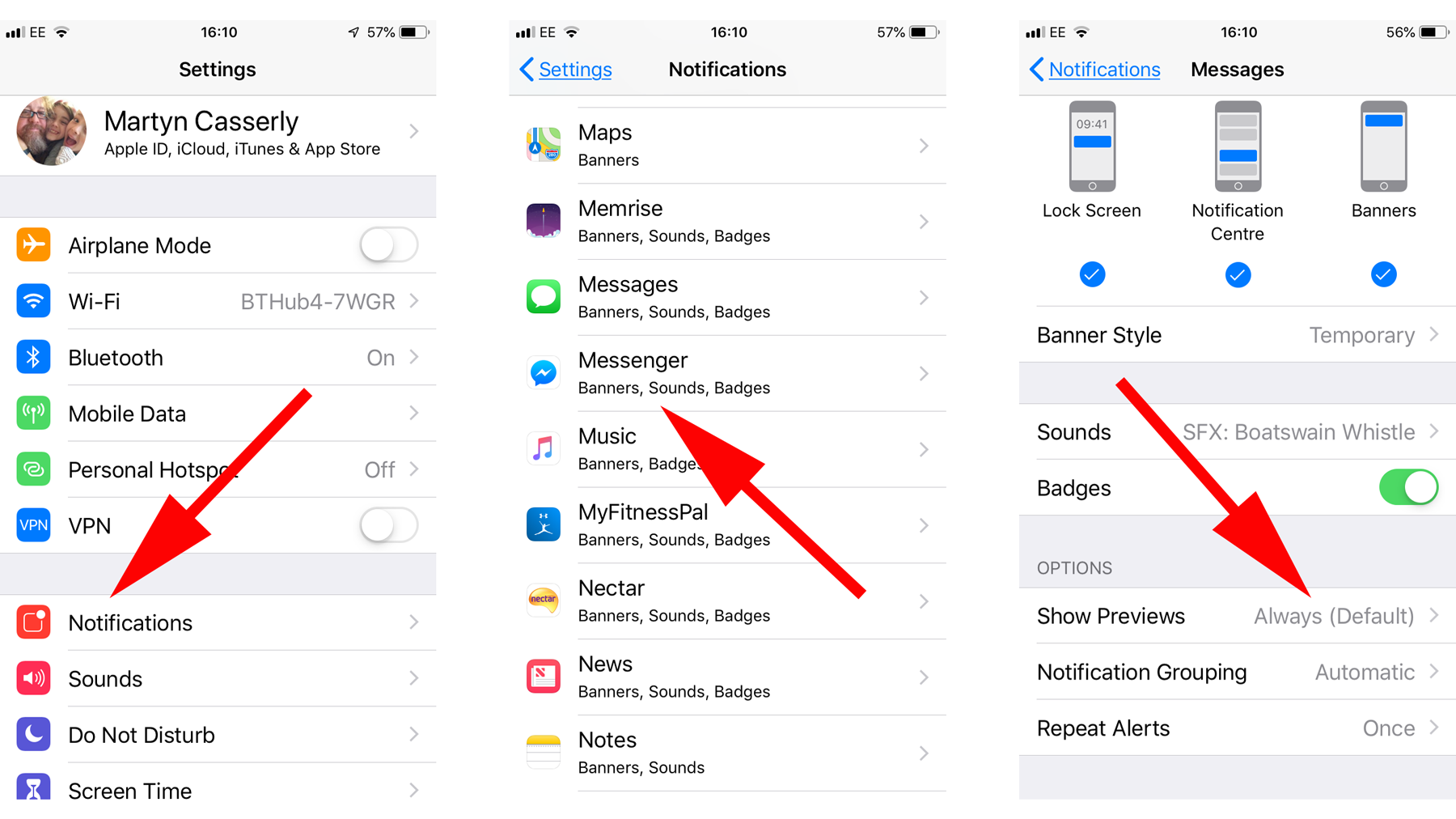 Scroll down and tap on Show Previews then select Never. 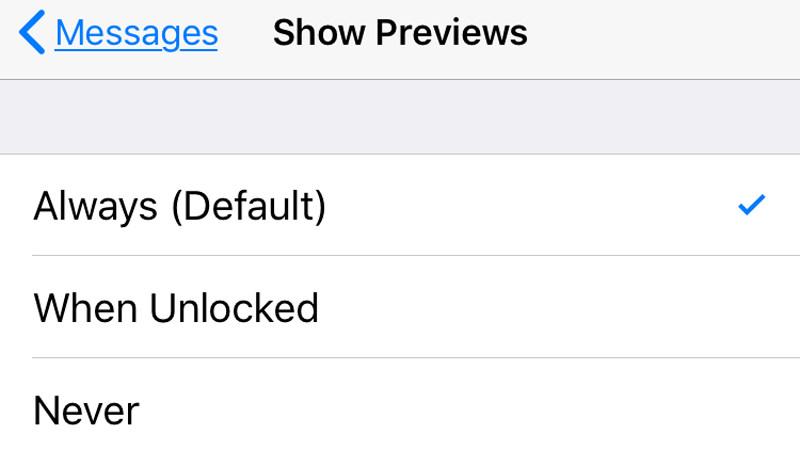 Now, when new text messages arrive, you’ll be notified with a blank alert that simply reads ‘iMessage’ but not who it’s from or what it says.

Depending on the messaging app you’re using on Android the settings could be different, but most follow the same basic menu structures. We’ll base our example on the Messages app that ships with most versions of Android.

Open Messages then tap the three-dot icon in the top right corner. From the drop-down menu that appears select Settings > Notifications > Advanced, then tap the On lock screen option. 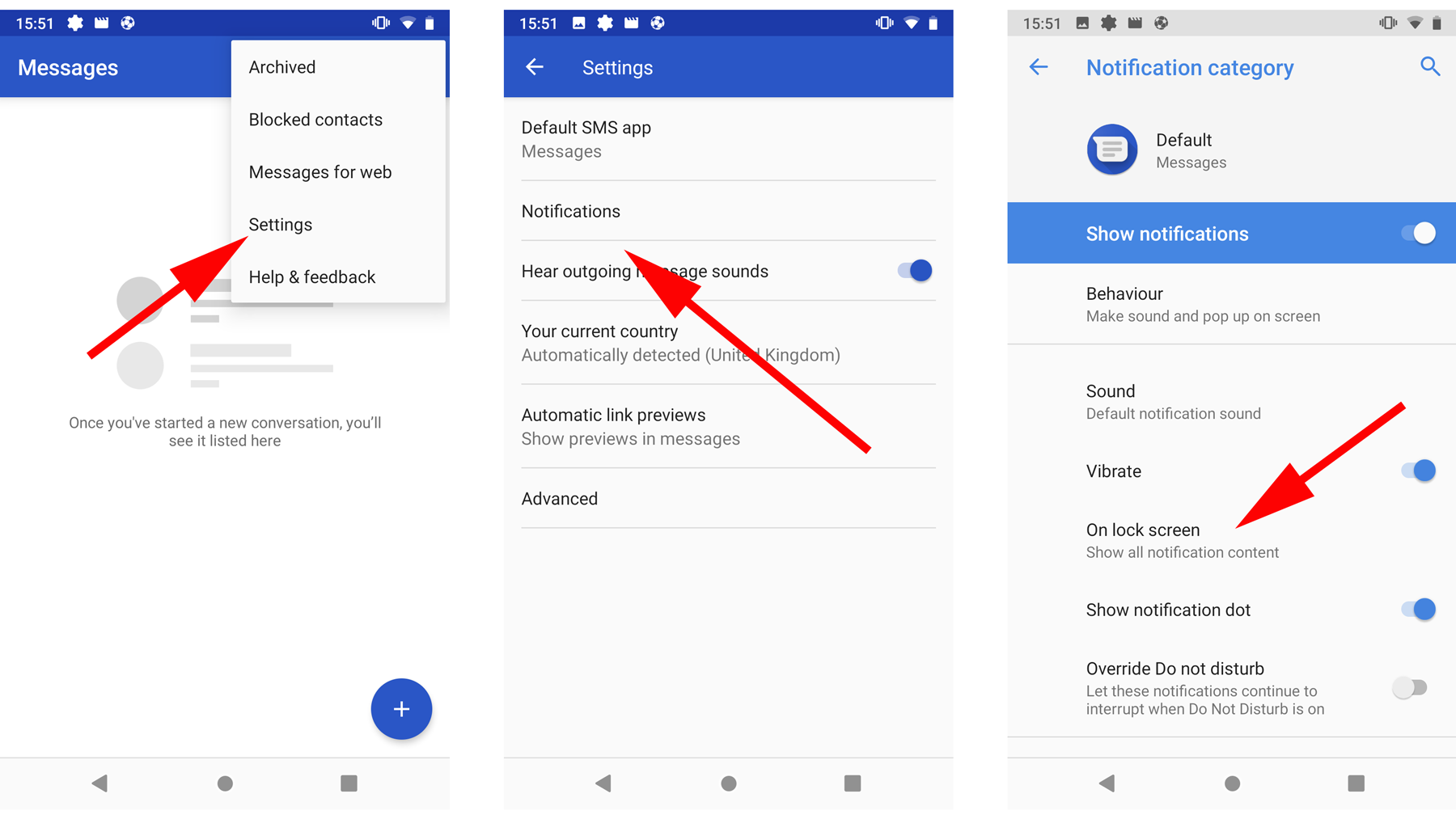 This opens a window with three different choices. Select the one marked either Hide sensitive content or Don’t show notifications at all. 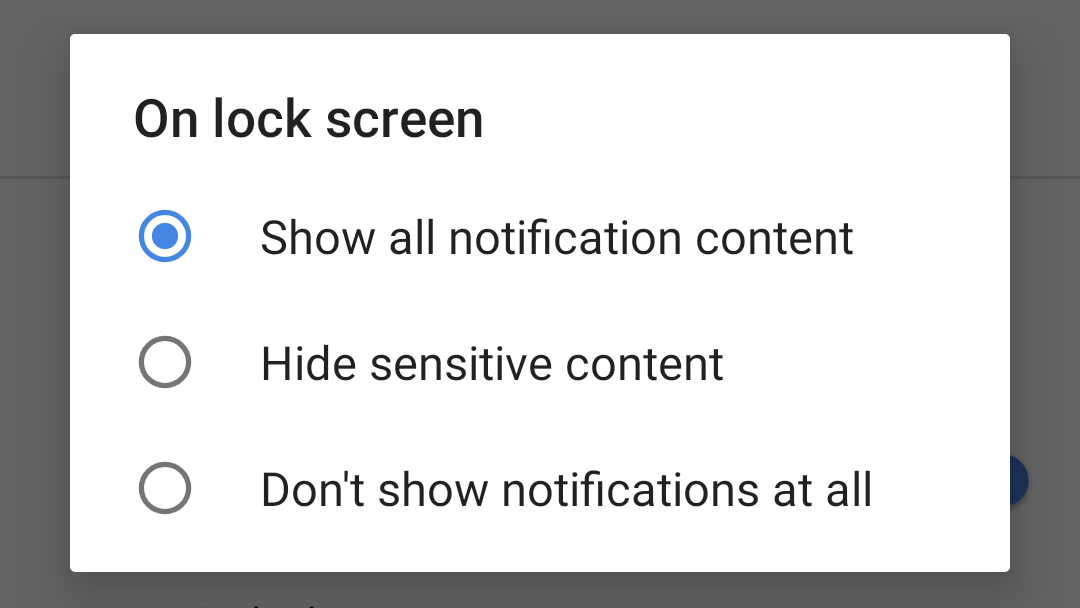 The former will block the name and content of texts, but the latter is the safer option.

Neither Android or iOS have a built-in way to password protect message apps, so if this is the route you want to go down then it will require third-party software.

These security apps usually launch apps but then cover them with a screen that requests a password, PIN code, pattern, or fingerprint to gain access. Some of the more popular options are Norton App Lock, AppLock, and LOCKit, most of which are free or ad-supported.

Once downloaded and installed, you enable the app, grant it permission to block content, then select the apps you want to lock. We have seen reports that some can take a second or so to put up the blocking panel, so be aware that a determined snoop might still be able to catch a glance of your texts. But, combining all of the security measures above should give you a far greater level of protection than before. 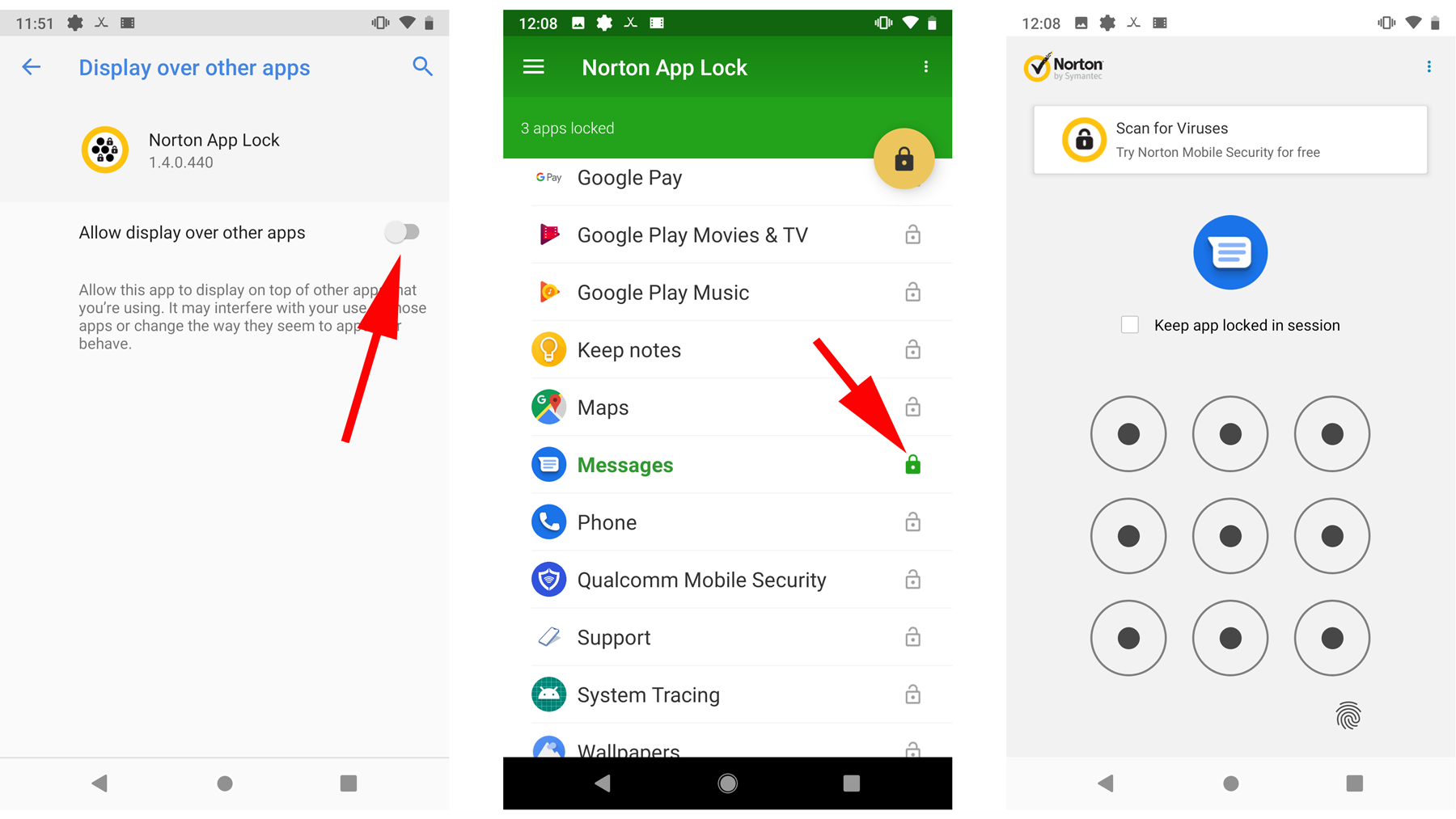