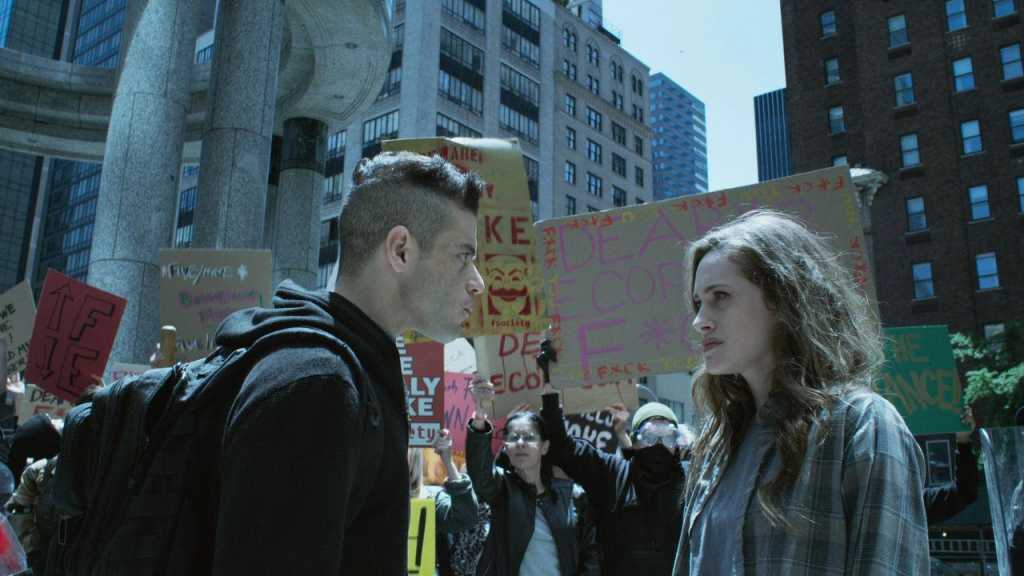 Mr. Robot premiered on the USA Network in 2016 and has since captured a staunch global fan base.

Set in the seedy underbelly of New York, the taut thriller follows Elliot Alderson (Rami Malek), the brilliant yet unstable hacktivist riddled with with social anxiety, clinical depression and substance abuse issues, as he attempts to restore social balance from the grips of late capitalism – in collaboration with the mysterious anarchist Mr. Robot (Christian Slater).

Mr. Robot is now set for a fourth and final season. Here’s everything we know so far about the start time, episodes, trailer, and where to catch up on the last seasons.

When is Mr. Robot Season 4 on?

According to the latest trailer, the final season is to air on 6 October 2019.

Showrunner Sam Esmail, who is now directing Amazon Prime series Homecoming starring Julia Roberts, decided that the show has reached its logical conclusion and will not be continuing after Season 4, as noted in a USA Network  statement.

Is there a Season 4 trailer for Mr. Robot?

There’s not one, but TWO of them! Take a look at the latest trailer, which dropped on the 26 August.

Also check out the first teaser, which was released on 17 July.

How many episodes does Season 4 of Mr Robot have?

Season 4 is to span twelve episodes, like Season 3, which is an increase from original plan of eight episodes.

How to watch the last seasons of Mr. Robot

Stream in the UK

Mr. Robot is available to stream on Amazon via Prime Video, where it’s free for members. If you don’t have a membership, you can sign up for a free 30-day trial for unlimited access.

Mr. Robot is also available to buy and stream on  iTunes and  YouTube.

Stream in the US

US visitors can watch Mr Robot on Prime Video or stream it from the  US Network site or app. The app is available on iOS, Android, Apple TV, Roku, Xbox One S and Amazon Fire TV.

Other places to stream are Fandago Now, iTunes, Google Play,  Vudu, and YouTube.

See our round up of the best VPNs here if you’re streaming from abroad.