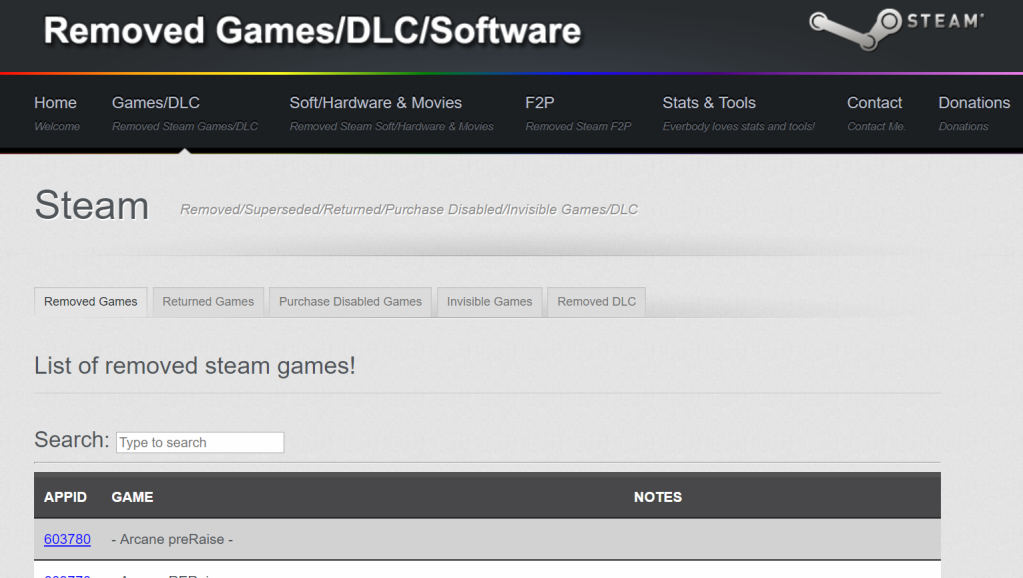 While it was once a rarity for Valve to step in and remove a game from the Steam storefront, that has changed in recent years. Valve has stepped in and removed a number of games for a variety of reasons, from being in bad taste a ’la Active Shooter, to trophy mining games that serve no other purpose than beefing up your trophy collection.

Of course, Valve doesn’t want to draw attention to games that it has removed from the platform, so there is no official record of removed Steam games. But what if you want to find out which games have been removed from Steam, and which you own? Thankfully, a fan-created website provides all the answers. We explain more below.

Which games have been removed from Steam?

While there is no official Valve resource that lists games removed from Steam, a fan-created website does catalogues exactly that, and while we can’t confirm how up-to-date the database is, it seems to be fairly accurate.

You can head to Timekillerz website right here and find a list of not only games that have been removed from Steam, but Purchase Disabled games, Invisible games and more. You can even search by game name or Steam app ID if you want to find out more information about a specific game.

Can I check which removed games I own?

There are over 1000 removed games listed on fan-created Timekillerz website, so it’s hard to tell at a glance which you might own. Thankfully, there is another tool – created by the same team – that lets you look up your Steam ID and find out exactly which games have been removed, purchase disabled and more.

To find out click here and enter your SteamID or CustomID (the custom part of your Steam profile URL) in the Removed Games/Software Checker section and click Check. After a few seconds, a handful of buttons should appear.

Now, stop worrying about which games have been removed and start getting excited about the best upcoming games instead.