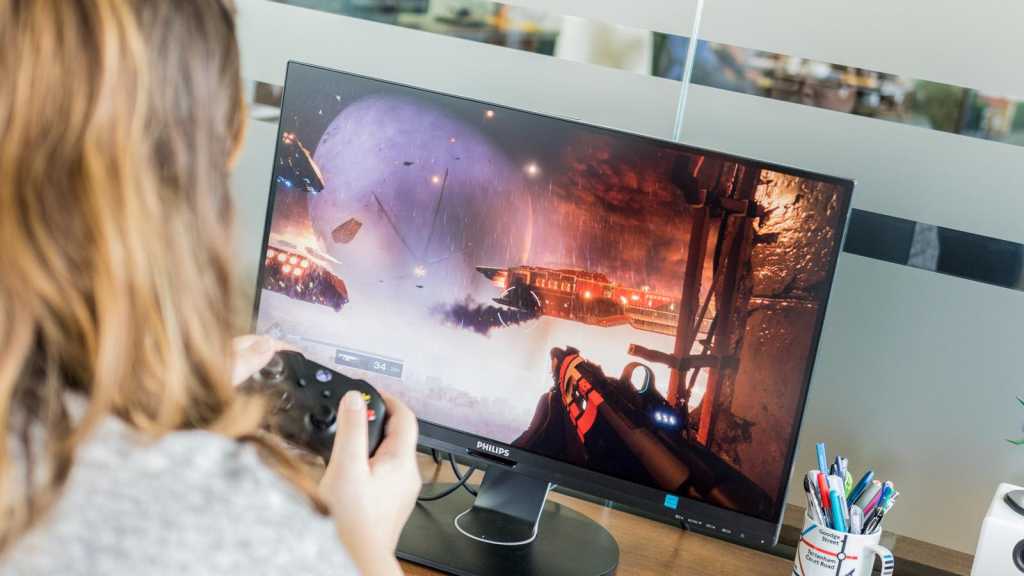 The PC vs Console argument isn’t new, but the likes of the PS4 and Xbox One blur the lines between PC and console more than ever before. There’s no denying that consoles provide better value for money, but they can’t compete with the performance of a high-end gaming PC. There are also accessories to consider, and most importantly, game availability.

This makes it difficult to make a choice between buying a PC or console, but that’s where we come in. Here, we explain the things you should consider when trying to decide between purchasing a console like the PS4 or Xbox One, or a gaming PC.

If you’re finding it hard to settle on a console, take a look at our selection of the best game consoles.

One of the biggest differences between PC and consoles is price; where the PS4, Xbox One and other consoles can be picked up for around £200-250, a decent gaming PC will cost you more – a lot more, depending on the specs of the machine you go for.

Take the Xbox One S and PS4 Slim as an example; while the current-gen consoles were expensive at launch, you can pick up decent Xbox One and PS4 bundles for around the £200 mark, providing you access to many of the same games available on PC with impressive detail and performance. PC gamers argue that the performance, enhanced graphical output and the ability to upgrade PCs over time make it worth the extra price. We’ll go into that in a little more detail below.

To compare, you can pick up a decent mid-range gaming PC for around £600-800, although if you want the best of the best, the price jumps up to £1000+. You can take a look at our roundup of the best gaming PCs for more information on the best available.

You can also get gaming laptops for gaming on-the-go, though these are often quite expensive and unlike standard PCs, most aren’t upgradable. If that sounds like your thing, take a look at our selection of the best gaming laptops.

There’s quite a difference between consoles and PC in the design department, and while you may not care about having the smallest PC tower or most compact console, the design of consoles and PCs can help – or hinder – the upgrade and repair processes.

Generally speaking, consoles are smaller than their PC brethren, offering a more streamlined gaming experience. You can even hide the console away to give your TV setup a cleaner look, and simply use the bundled controller to turn the console on when required. The Xbox One S measures in at 295 x 230 x 64mm, while the PS4 Slim is similar at 288 x 265 x 39mm.

That’s not bad, especially when you consider that the average PC tower measures in at roughly 508 x 203 x 490mm, but PCs were never designed with being compact in mind – it’s about the ability to swap out the internals for more powerful parts when required, and that’s something that consoles simply can’t compete with.

Of course, there are exceptions where manufacturers have for whatever reason decided to create a compact PC tower that makes it difficult to upgrade, but more often than not, you’ll open up your PC tower case and find a lot of empty space for upgrades. You can add extra RAM, upgrade the CPU and GPU or install an additional SSD for an upgraded gaming experience whenever you desire, and it doesn’t take a lot of knowhow to upgrade a gaming PC.

You can swap out the HDD of the PS4 and Xbox One for a faster SSD if required, but that’s about as far as upgrading consoles go. If you want better performance from your console, you have to fork out for the PS4 Pro or Xbox One X, or wait a number of years for a new generation of consoles to become available.

You can’t deny that you get better response time and accuracy – especially in first-person shooters – when using a keyboard and mouse. Try playing Battlefield V on PC with a controller to see what we mean!

It is worth noting that Microsoft recently pushed an update to the Xbox One that provides keyboard and mouse support for specific games, giving Xbox gamers more of a choice about how they play. There are currently no plans to bring similar support to the PS4, though.

Of course, the controller/keyboard and mouse are the bare minimum that a gamer can have; both PC and consoles have a wide range of accessories that can completely change the way that you game, though admittedly, PC users have more freedom in this aspect.

This is mainly due to the inclusion of a wide range of ports on most gaming PCs. Most gaming PCs feature a vast number of USB ports, along with various different display connectors and other ports that make the PC compatible with a range of accessories. These can range from high-refresh rate monitors that remove the slightest hint of delay lag to flight sticks and VR headsets to make gaming more realistic than ever.

That’s not to say that there aren’t accessories available for consoles, because you can get a range of headsets, controllers and other accessories for both the PS4 and Xbox One – the PS4 even supports the PSVR headset. Consoles are generally more restricted in terms of output resolution, while PC users can play games in a much higher resolution (true 4K) or at an increased refresh rate (144Hz, for example).

It’s important to note that console peripherals aren’t universal due to the different operating systems used on consoles – although most console accessories will work flawlessly on PC.

That means that console peripherals are usually a little more expensive than their PC counterparts as the manufacturer has created a new product for a specific console, while PC users can grab cheaper accessories that have been available for years (but still work as desired).

Of course, it all boils down to how well PCs and consoles perform – you can have an amazing setup, but if you’re getting sub-30fps when gaming, what’s the point? The PS4 and Xbox One cap out at 1080p HD, although the premium PS4 Pro and Xbox One X boast 4K support for a more high-end visual experience.

The graphics and performance provided by consoles are generally enough for the majority of gamers, especially for the cost. The £200-250 that you’ll spend on a console (and a couple of games) will get you a pretty basic PC that wouldn’t be able to compete with the capabilities of the PS4 and Xbox One.

However, if you’re willing to splash the cash and pick up a powerful gaming PC, it can provide a vastly superior gaming experience. A decent gaming PC can provide a combination of higher frame rates, higher refresh rates and higher resolutions when compared to consoles, and the difference is noticeable in almost every way.

Games feel more responsive, they look better and feel more immersive, and depending on the GPU, you could even play games across multiple displays. Imagine playing FIFA 19 on three displays, providing the ability to see the entire pitch at once. That’s the kind of experience possible with PC gaming.

The PS4 and Xbox One have a huge library of games, with both consoles featuring a number of platform exclusives –Sony’s God of War and Microsoft’s Sea of Thieves are great examples of this. The vast majority of AAA games are available on both the PS4 and Xbox One, but they simply can’t compete with the sheer number of games available for PC.

As well as indie games from unknown developers, you’ll find big games that are yet to make their way to consoles – PlayerUnknown’s Battlegrounds is a great example of this. It was available for months on PC before it was released on Xbox One, and the game is yet to be released on PS4.

There are also huge games that are simply unavailable on console, including League of Legends, DayZ, World of Warcraft and Runescape. We’d advise researching the game(s) you’d like to play before making a decision about whether to opt for PC or console, as that’ll be the deciding factor for many. Want to play Death Stranding? You’ll have to get a PS4. What about Crackdown 3? You’ll have to pick up a PC or Xbox One.

It’s also worth pointing out that games are usually much cheaper to buy via Steam on PC when compared to buying digital content from the Microsoft Store or PlayStation Store. As well as generally being cheaper, Steam’s legendary sales offer incredible discounts on a vast number of games, allowing you to pick up fairly recent titles for as little as £10/$10. Sony and Microsoft also offer game sales on their respective stores, but the discounts pale in comparison to those on PC.

PC or console, which is best?

There isn’t a definitive answer to this question; it comes down to budget, game availability and how you intend to play. If you’re looking to get the best gaming experience possible for under the £250 mark, it makes sense to get the PS4 or Xbox One. The consoles provide a great all-round gaming experience – especially when compared to a PC of a similar price – and most AAA games are available on both platforms (with the exception of exclusives, of course).

But if you’re looking to spend more money, gaming PCs offer a vastly superior gaming experience. You’ll get better graphics, higher frame rates, higher refresh rates and higher resolutions, and it’s noticeable when gaming. You get access to an incredible library of games that are cheaper than those on console – even at launch – and the Steam game sales are the best around.

And to top it off, you can constantly upgrade the components of a gaming PC to keep the latest games running smoothly for years to come.