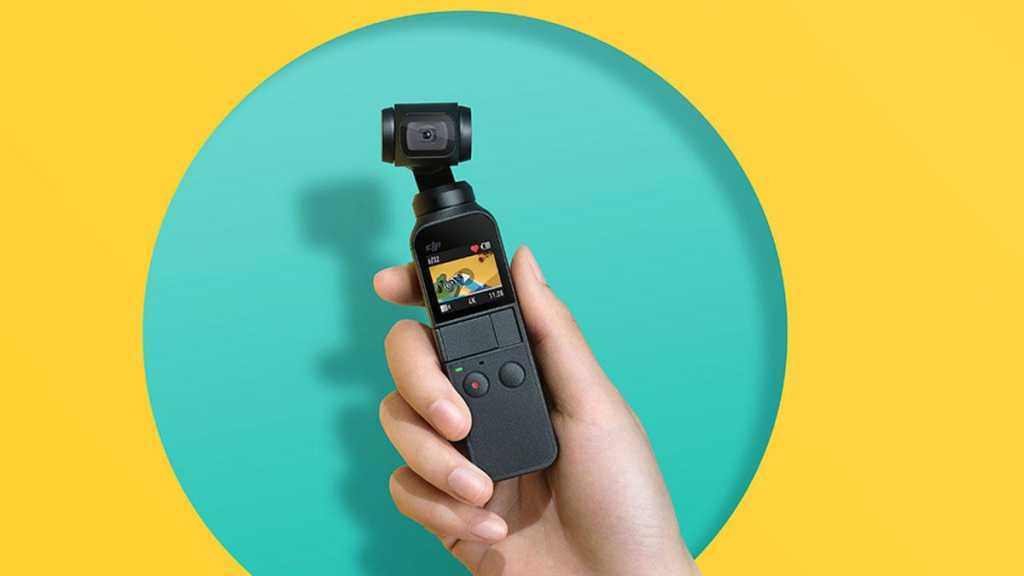 The rumours were true: DJI has today announced a tiny handheld camera called the Osmo Pocket. It’s designed to compete with GoPro’s Hero 7, but goes about it in a very different way.

It isn’t really an action camera, although you can mount it on a bike helmet and record your downhill exploits. It’s primarily designed as a pocketable version of a smartphone gimbal (or indeed DJI’s larger Osmo cameras) so you can shoot smooth, stable footage of your holiday, a wedding or any special event.

You could even use it for vlogging, just as people use GoPros already. 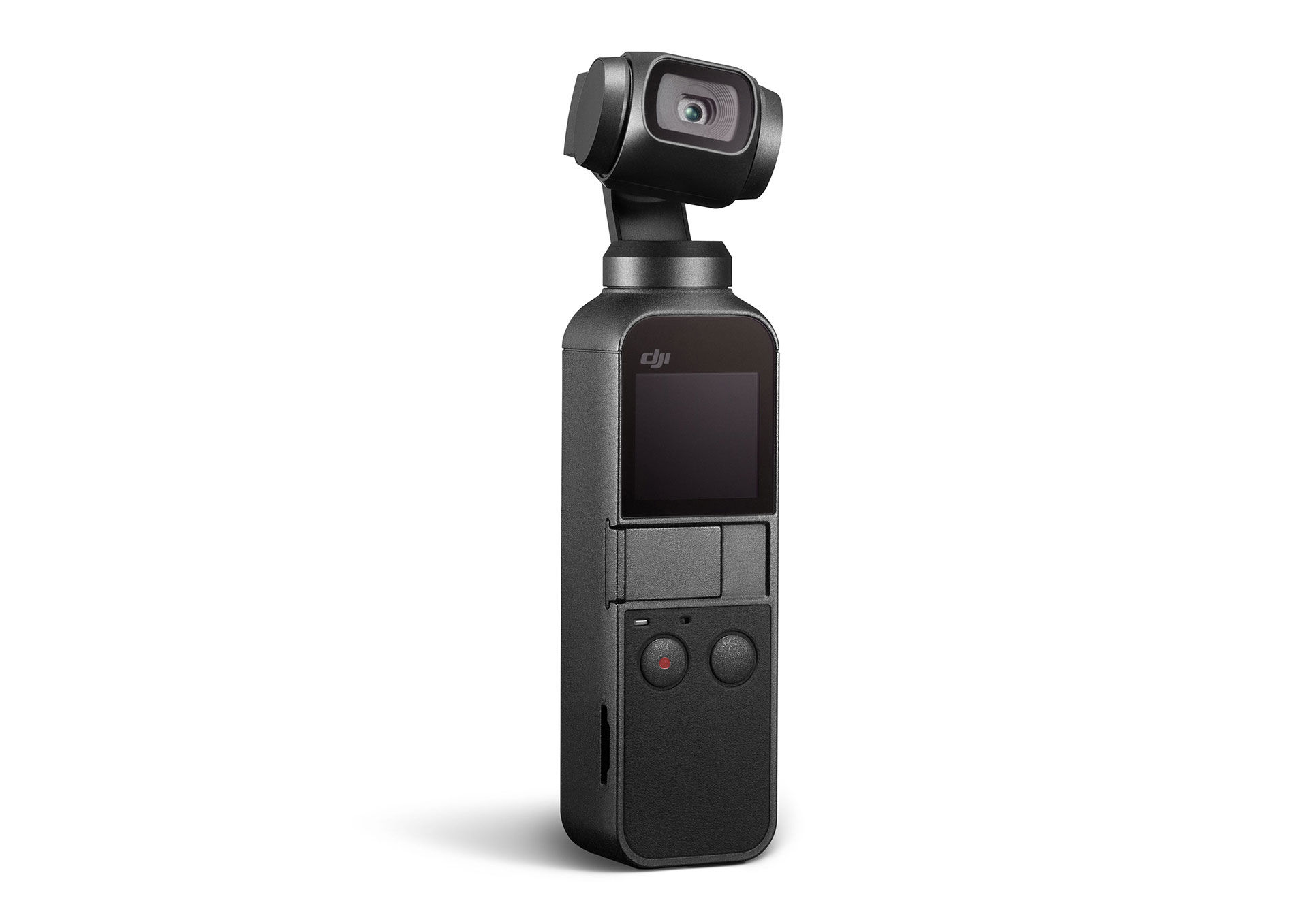 The Osmo Pocket is available for pre-order immediately from DJI’s website. It’s also available from DJI’s partners, including Heliguy.

There will be a host of accessories available for it, three of which will go on sale straight away.

Accessory mount: (£23 / $29) makes the Pocket compatible with ‘action camera accessories’ so you can mount it on your helmet, handlebars, backpack or your wrist.

Wireless module: (£53 / $59) There’s no in-built Wi-Fi or Bluetooth, so this add-on lets you transfer video and photos wirelessly to your phone (including a live preview).

There’s a Pocket Expansion Kit including all three of the accessories above for £99 / $109.

Coming soon will be more accessories including a waterproof case, ND filter set, extension rod (which attaches to your phone), charging case and 3.5mm adapter (for connecting external mics).

Quite obviously, DJI has used its drone expertise to create the Osmo Pocket. It has a three-axis gimbal and a camera which can record 4K at 60 frames per second, at a data rate of 100Mb/s. 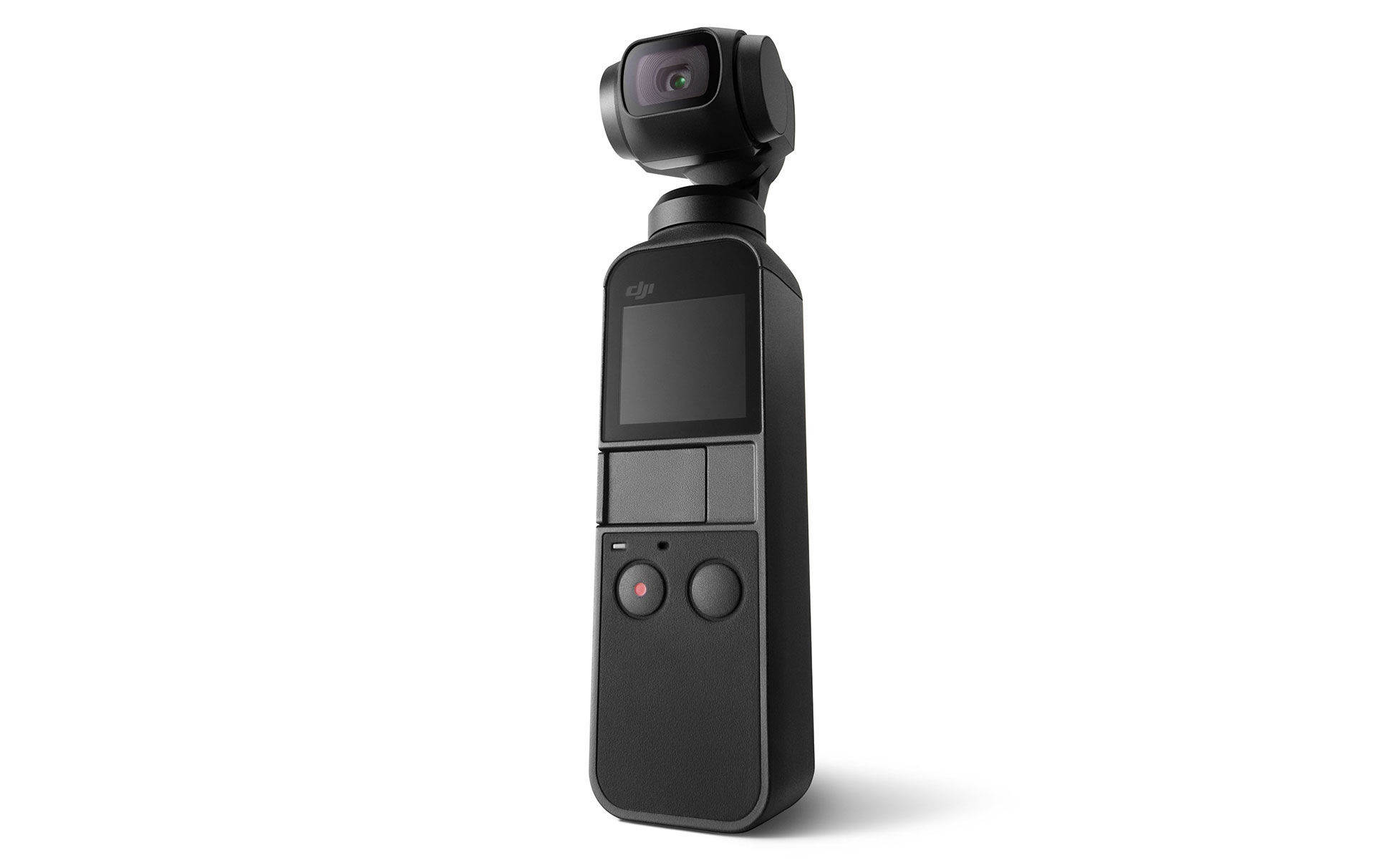 If that sounds familiar, it’s because that’s what the  Mavic 2 Pro is capable of. However, this isn’t the Hasselblad camera from that drone: inside is a 1/2.3in sensor, not a one-inch sensor.

It could be the sensor from the Mavic 2 Zoom, paired with a powerful processor that can handle 4K at 60fps.

On the rear is a small 1in touchscreen that allows you to see what the camera is seeing, and set shooting modes, review footage and adjust settings.

Here are some of the key features:

From this list, only FaceTrack will stand out as new for DJI drone owners. That’s because ActiveTrack has been improved so it can now recognise a face and keep it in the centre of the frame. To be clear, it is not facial recognition, it merely tracks any human face.

What’s that thing below the screen we hear you ask? Well, it’s what DJI is calling a Universal Port. This lets you attach your iPhone with a Lighting connector or an Android phone with USB-C so it can act as a larger monitor.

This works via the new DJI Mimo app, which brings a couple of features you can get by using the Pocket alone.

The first is Story Mode. This included 10 templates, but it isn’t just a video editor: it will control the camera movement to get the required shots for that template.

Pro Mode is the second feature. This gives you control over camera settings such as exposure and makes it possible to shoot low-light photos and get great results.

These images give an idea of just how tiny this thing is:

We’ll bring you a review of the Osmo Pocket shortly.