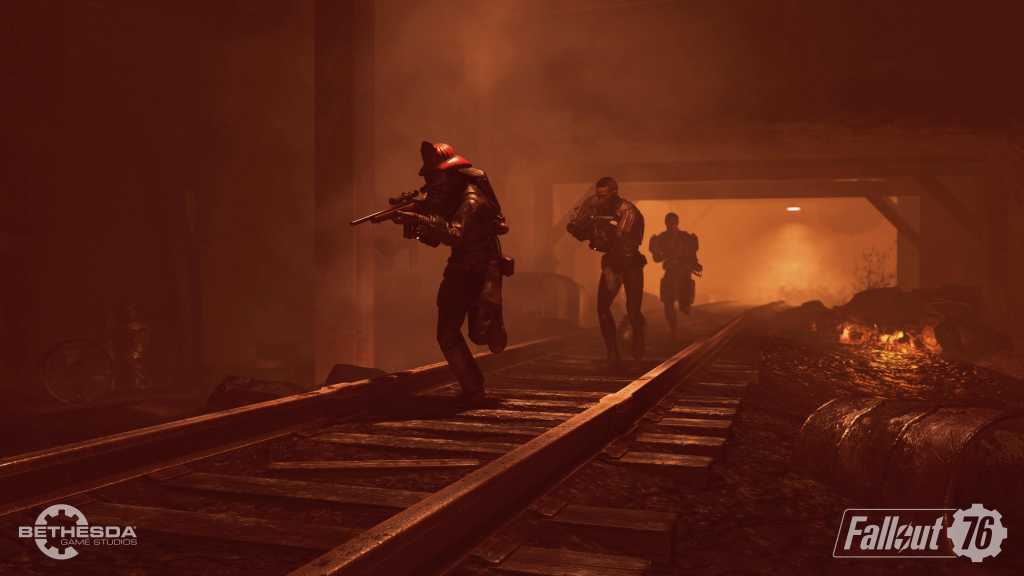 Launching a nuke in Fallout 76 is one of the most enjoyable things to do in the online multiplayer game, as it not only creates an epic real-time event witnessed by all other online players, but it creates highly irradiated areas full of heavily mutated creatures and rare loot – in other words, a Fallout player’s dream.

While it’s certainly an epic event, it’s not as simple as fighting your way through hordes of Scorchers to access a missile silo. There are steps to follow, and it might take a while. If you’re interested, we’ve got the full instructions on how to launch a nuke in Fallout 76 below.

For more Fallout-themed help, take a look at how to fast travel in Fallout 76.

How to launch a nuke in Fallout 76

So, you want to drop nukes in Fallout 76… Strap in, it’s a long (and spoiler-y) ol’ road to thermonuclear destruction.

While you might have heard about code fragments, that comes much later; your journey to launching a nuke begins by joining the Enclave faction and getting promoted to the rank of General. If you’re yet to come across the Enclave on your journey, the questline begins at the Abandoned Waste Dump, in the east of the Mire. You’ll come across a holotape in a deathclaw nest that’ll lead you to a nearby Senator’s bunker, and from there you’ll be directed to a bunker in Whitespring Run where you’ll meet an Enclave AI named MODUS.

Working for MODUS will grant you access to the Enclave. Once you’re in, you need to head to Camp McClintock in the Forest and pass basic training to become a soldier. Once you’ve passed your basic training, it’s on to the main task at hand; ranking up to the level of General. To do this you’ll need to earn 10 commendations, either by completing Enclave Events or taking out three-star creatures roaming the world, and handing them in at the Enclave terminal.

Once you’re awarded the rank of General, you’ll be granted access to the Command Center in the Whitespring Bunker. At this point you’ll be given the specific steps to launching a nuke and locations of interest will be marked on your map, making things a little easier.

The next step is to get your hands on a Nuclear Keycard. These are generally found on Cargobots roaming the free world, but they’re not alone; Cargobots are protected by a fleet of Vertibots. Once you’ve taken down the Cargobot, locate the Secure Transport Container (indicated by a plume of smoke) and pick the lock to access the Nuclear Keycard.

The next step can take a while; you need to collect eight code fragments. These are found on Scorched or Feral Ghoul Officers, easily identified by the bleeping backpacks they wear. You can go out into the world and hunt them freely, or you can head to the Enclave Command Centre and use the surveillance terminal to locate officers who carry the combinations.

All fragments must be for the same silo, and with three silos available, it may take a while. Don’t take too long though, as fragments you hold are self-destruct after a week to avoid hoarding.

Decrypt the code and launch the nuke

Once you’ve got them, you’ll need to decrypt them using the messages on the wall inside the corresponding missile silo. If you don’t want to do this yourself, you can use the community-created NukaCrypt Code Decrypter to give you a list of possible results, but it’s worth noting that Nuclear Keycards are one-use only, and an incorrect code will result in them being wiped.

Now comes the fun part; choose where to drop your bomb, launch and head outside to see the incredible event. It’ll be hard to miss!

You’ve launched your nuke and it looks epic. That’s all there is to do, right? Wrong. One of the main reasons to launch a nuke is to create a new (temporary) area filled with toxic radiation, incredibly high-level enemies and, of course, extremely valuable and rare loot. While the topography of the environment won’t be drastically different (buildings are still standing, somehow), the area will be blanketed with thick, toxic air that inhibits your view.

If you’re brave enough, suit up and head on in!