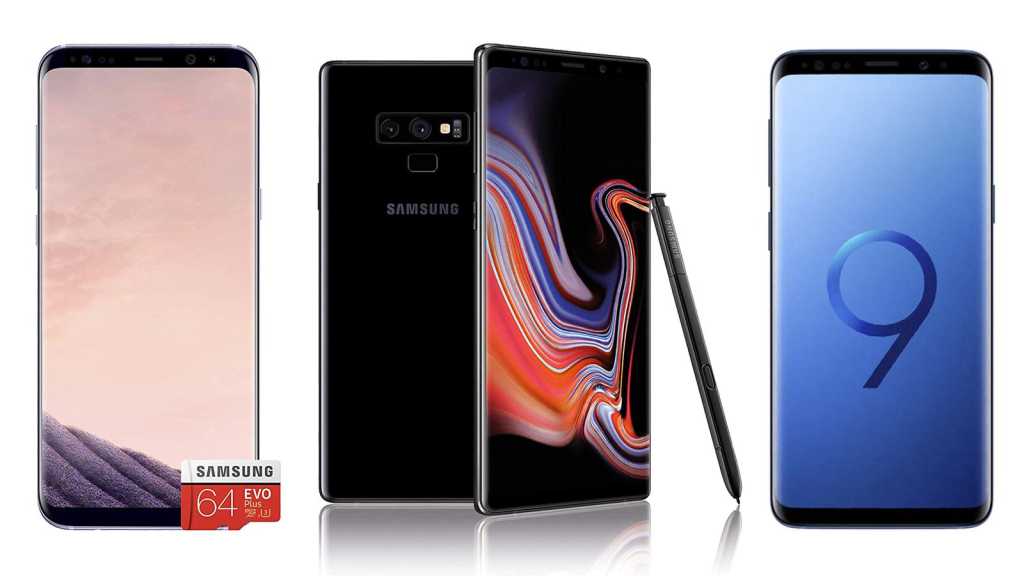 Samsung has kicked off its Black Friday deals on its Galaxy phones. Amazon however, not unknown for its aggressive pricing, is joining in on Galaxy discounts while also bundling certain models with MicroSD cards with up to 64GB storage capacity.

Galaxy S8 and S8 Plus deals

From Samsung, the steepest price drops are on the Galaxy S8 and S8 Plus, with £160 off, which brings the price down to £449 and £539, respectively. You can also save another £150 on these phones when you trade in your old phone. See S8 deals on Samsung.

For the same price on Amazon however, you also get an additional MicroSD card. Go to Amazon for this deal on the S8 and the S8 Plus.

While Amazon doesn’t have a MicroSD card tie-in with the Note 9, it is available on the Note 8, which means you can save £134 in total through Amazon. Get this deal here.

Galaxy S9 and S9 Plus deals

The Galaxy S9, gets an aggressive £140 off from Samsung on both Hybrid and Dual SIM models, bringing the price to £599. Meanwhile the S9 Plus sees £100 off Hybrid and Dual models too, which are now £769.

Plus, save up to another £200 on the S9 range phones when you trade in. See Samsung’s S9 deals here. There are no Micro-SD offers from Amazon on the S9.

For more smartphone deals, go to our dedicated deals page. You can also catch the best of Black Friday deals across the web here.