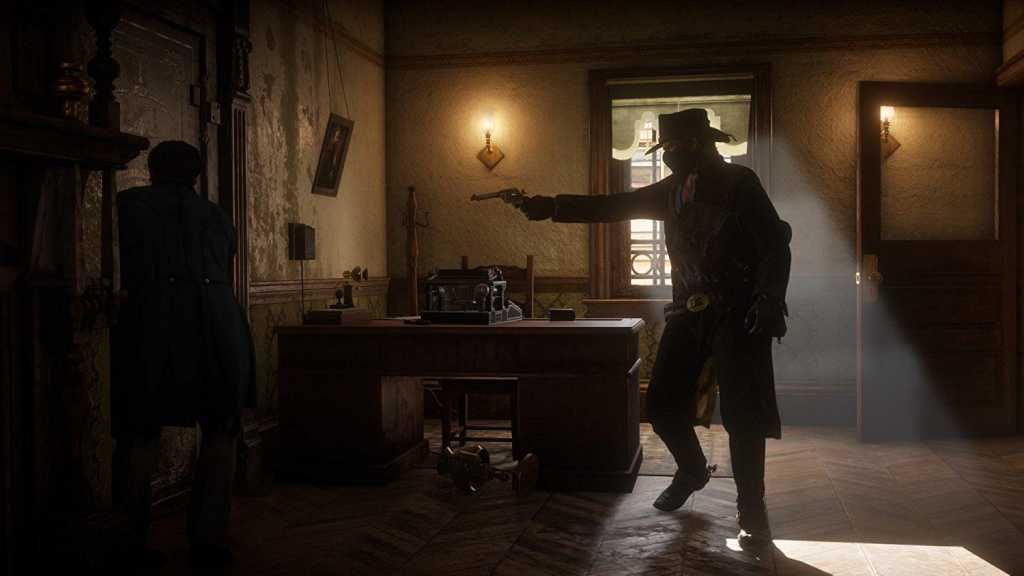 Red Dead Online is set to be the biggest thing since sliced bread – or since GTA Online, at least. The online component of the hugely successful Red Dead Redemption 2 is slowly rolling out to players over the course of this week, with all players due to get access by Friday 30 November 2018.

For more Red Dead Redemption 2 fun, take a look at how to pay off your Bounty,  how to clean and maintain your weapons and  how to unlock the leather working tools too.

When will Red Dead Online be released?

Owners of the Red Dead Redemption 2 Ultimate Edition, first-day and first-week players can hop online right now and explore the online world, while everyone else will get access tomorrow, 30 November, at around 1:30pm GMT.

It’s worth noting that it’s a beta, so expect to run into the occasional bug or issue – especially those jumping into the online world sooner rather than later.

What can you do in Red Dead Online?

What should you expect from Red Dead Online? Here’s the official word from Rockstar, prior to the launch of Red Dead Redemption 2.

“Using the gameplay of the upcoming Red Dead Redemption 2 as a foundation, Red Dead Online will be ready to be explored alone or with friends, and will also feature constant updates and adjustments to grow and evolve this experience for all players.”

The company has also noted that “as with most online experiences of this size and scale, there will inevitably be some turbulence at launch.” 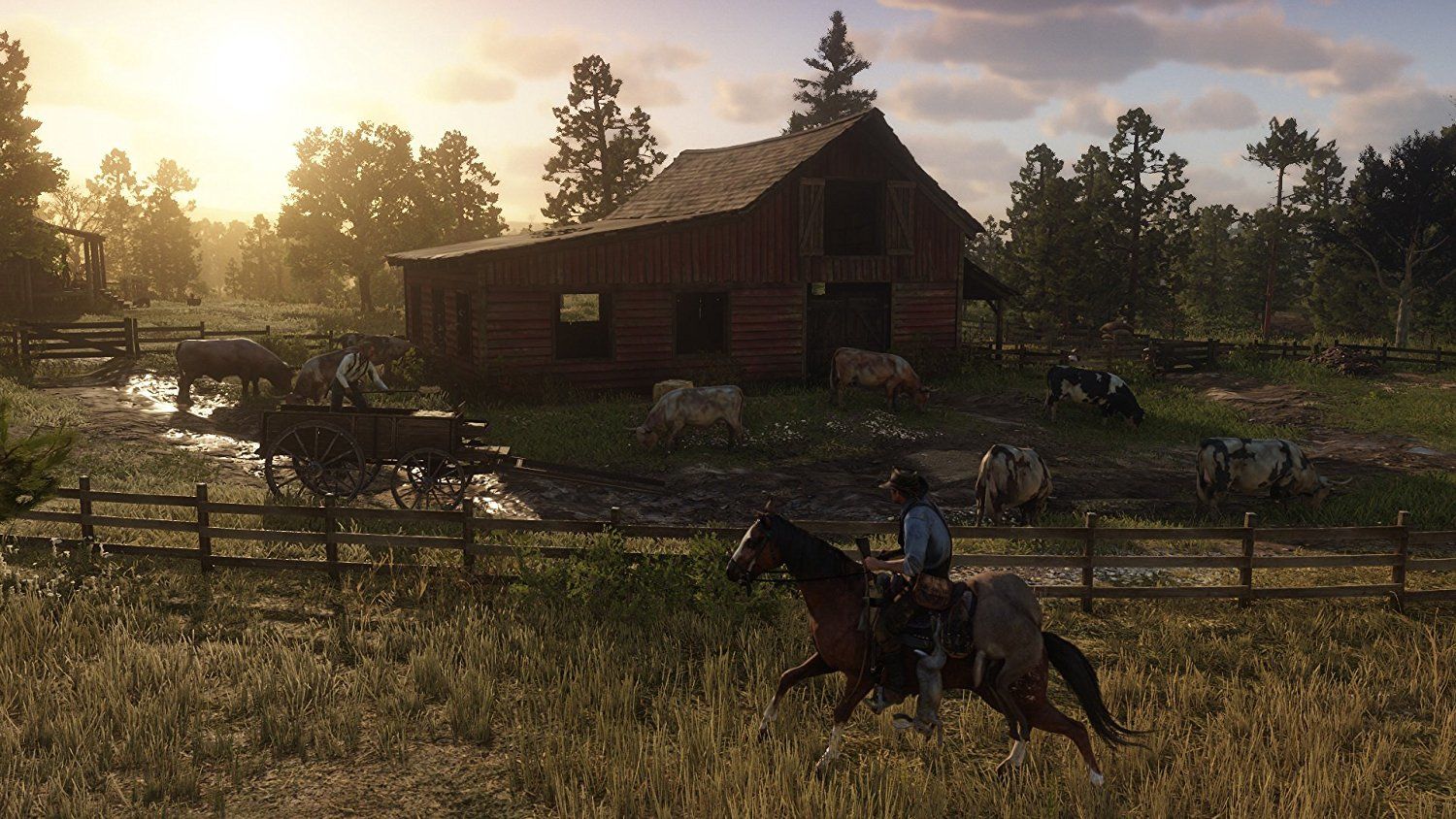 Rockstar’s Josh Needleman revealed a few more details about Red Dead Online during in an IGN interview, namely about how the company took inspiration from the hugely successful GTA Online.

“Like the single-player game’s story of Arthur Morgan, we want people to settle into their online characters and feel like every activity makes sense for the character, the setting and the time. This should feel intimate and personal while still feeling fun and action-packed from moment to moment.

“That pack, along with After Hours, The Doomsday Heist, Gun Running and a few others represent the best of Grand Theft Auto Online, and provided the template for what we wanted to use here, (not in terms of content, obviously, but how they combined narrative, gameplay, modes and other content into a cohesive thematic whole) alongside all of the elements we liked from the old Red Dead Redemption multiplayer.”

Of course, players will be able to explore the open-world of RDR2 with other players much like with GTA Online. However, Rockstar has gone into much more detail this time around to make it feel more vibrant and alive, adding details like NPCs decorating storefronts with stock in the morning, and packing it all away in the evening.

There is also a reward system at play, which will frequently reward players for completing tasks. The tasks vary greatly, from travelling a certain distance to murdering another player or NPC using a bow from 100 metres away. 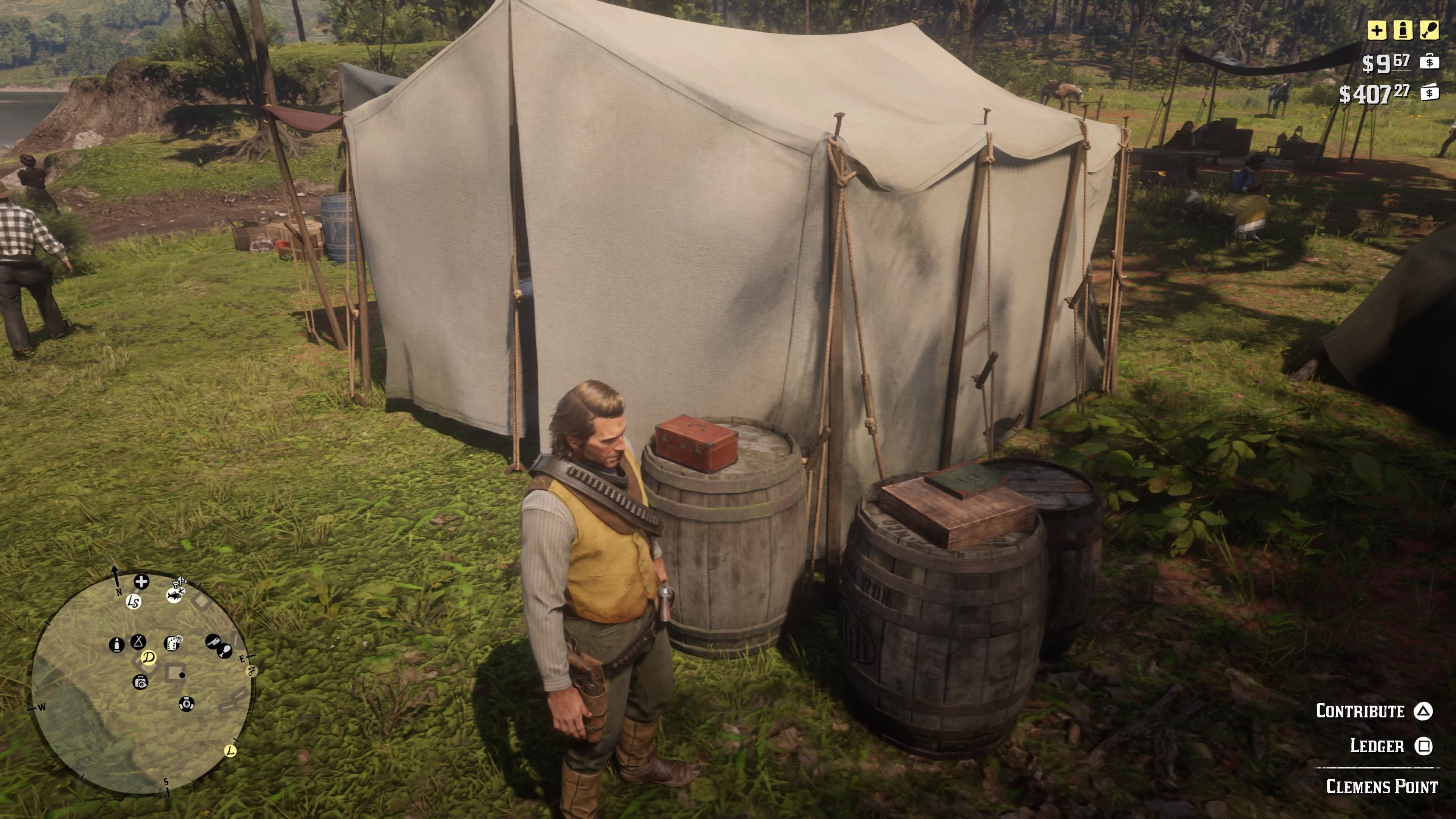 The apartments of GTA Online are have made a return in the form of tents – not so glamorous, but like their modern counterparts, they can be owned and upgraded by players and come in a variety of themes.

There are also a number of shops and NPCs accessible online that provide both equipment and missions, and if that’s not enough, Free Events (spontaneous events) like treasure hunts and deathmatches can also be organised.

We’ll be sure to update this section as we explore the vibrant world of Red Dead Online.