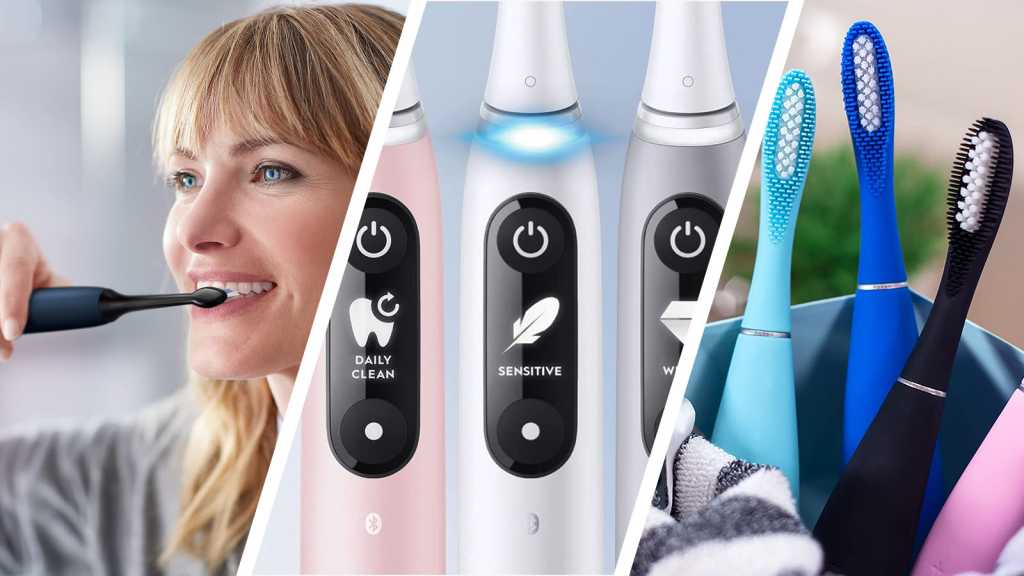 Black Friday is here and the best deals have arrived. Thanks to some less-than-transparent sales techniques over the years (like inflating prices in the run-up, so that Black Friday discounts seem bigger and better than they are), enthusiasm for this epic shopping event has waned somewhat.

But don’t give up: there are still genuine deals to be found. The difficulty is identifying them, and we’ve done the hard work there. Read on for electric toothbrush deals. To see all Black Friday tech deals, have a look at our dedicated Black Friday deals section.

And if you’d like to find out which brands and models we rate most highly, check out our round-up of the best electric toothbrushes we’ve tested.

How to get the best deal on an electric toothbrush

Buying an electric toothbrush in the US is a relatively straightforward business. But buying in the UK is more complicated. When electric toothbrushes are launched in the UK, they’re given an RRP (recommended retail price), but most brushes only sell at this price point for a couple of months. After this, they may be reduced by as much as half. Prices may then swing back up before major sales events, and drop again during them. This means that it’s quite hard to tell whether or not you’re getting a good deal as retailers can show big savings that aren’t as good as they seem.

In all of the following deals, we’ve aimed to use the amount that the brush usually sells for as the original price, rather than comparing the discount to the RRP. That means the savings you see here are real.

The price of brushes also fluctuates depending on the time of year and the retailer, so we’ll only include offers when brushes reach a price point we think is an excellent deal.

Best electric toothbrush deals in the US 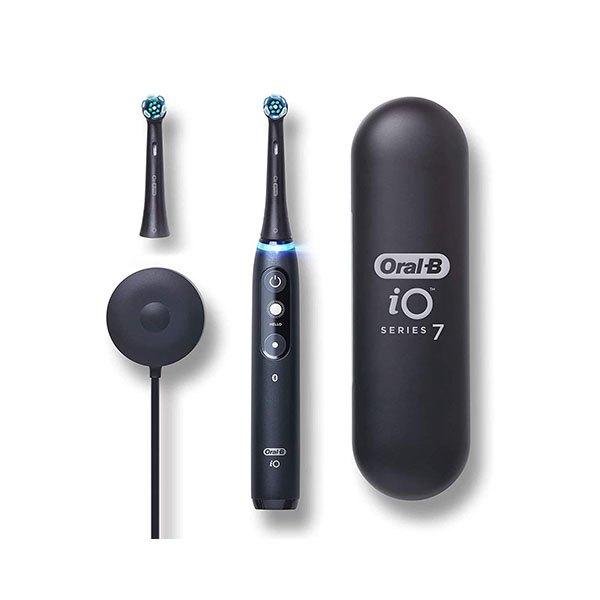 The iO7 is priced at $199.99 in most places. This is a huge discount on a brush that has all the advantages of an iO Series 6 – plus fast charging. We’d recommend it. 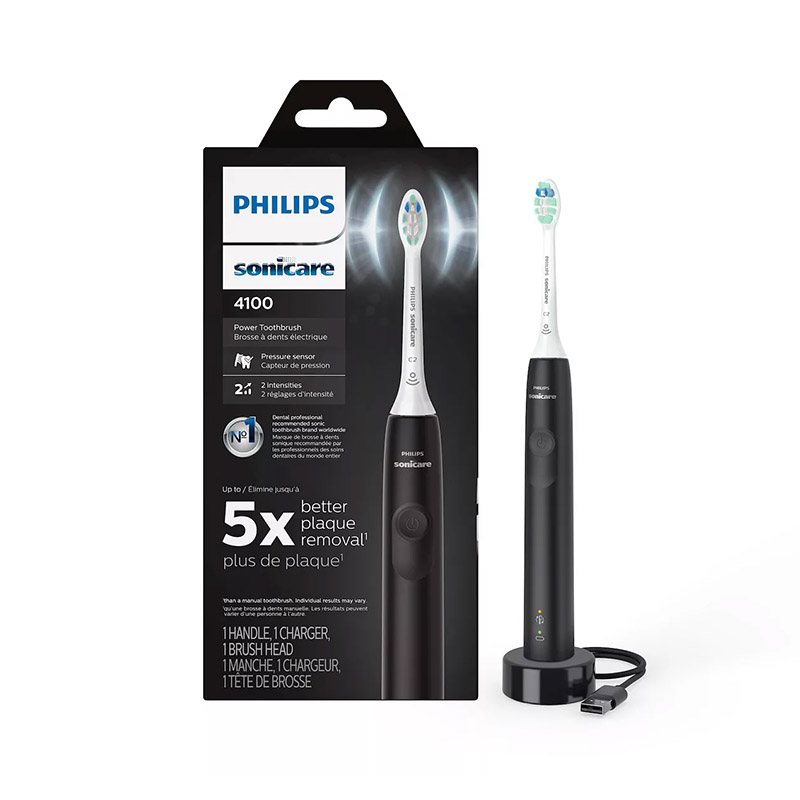 If you’re looking for a high-quality electric toothbrush and you don’t want to pay hundreds of dollars, this Sonicare has everything you need, with a brushing timer and pressure sensor. It’s already well priced and with 30% off, it’s a steal. 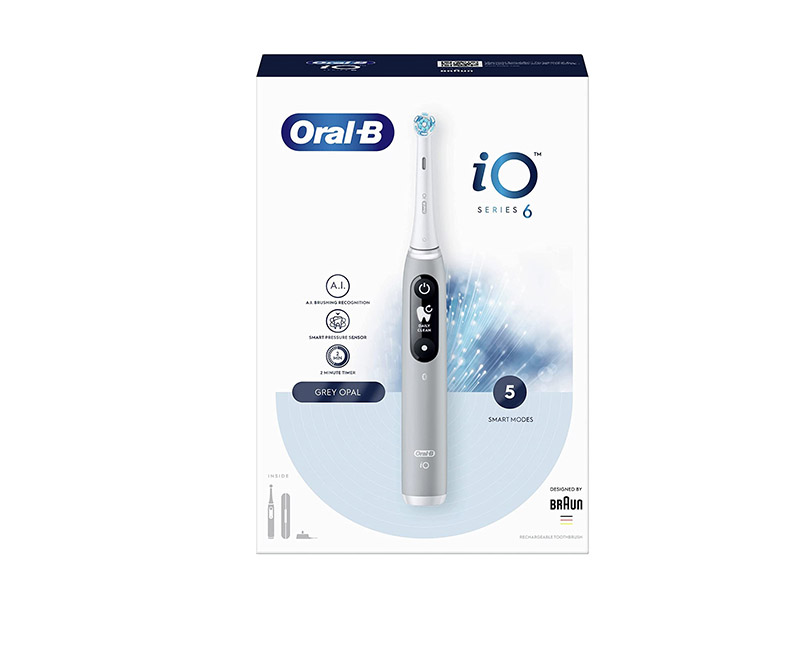 The iO6 has a recommended retail price of $149.99, although Amazon has been selling it for a bit less recently. Still, this is its lowest sale price ever. We’d recommend it. 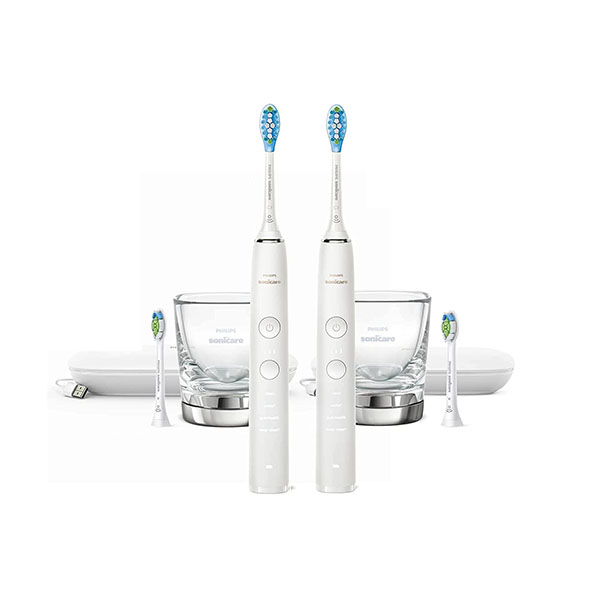 We reviewed the DiamondClean 9000 and reckon it’s one of the best brushes we’ve tested. These brushes ordinarily sell for around $210+ each, so buying a pair is a significant saving. The downside is that you can’t split it with a friend unless you buy a second charger. 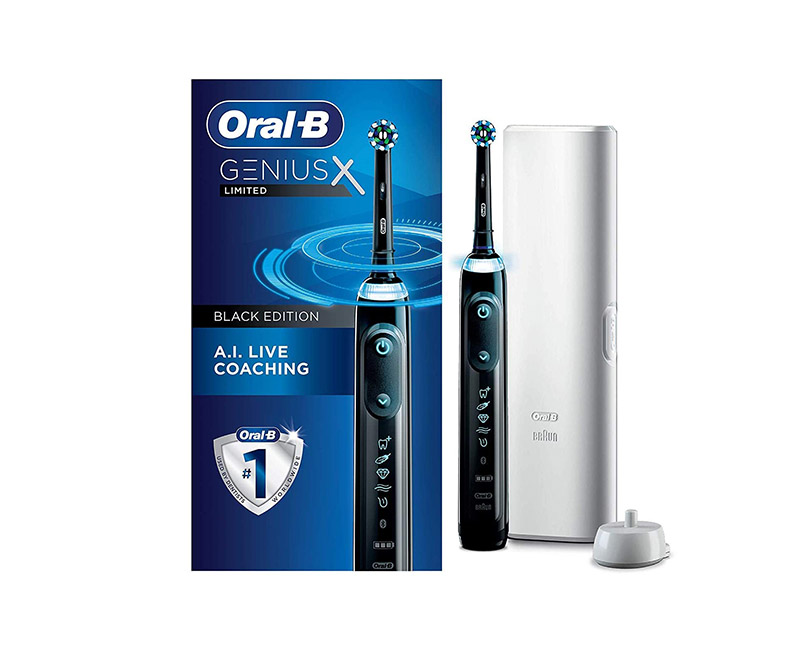 The Genius X is an excellent brush (here’s what we thought) and, while the price fluctuates a little, getting a third off is a very good deal. It’s well worth it at this price. 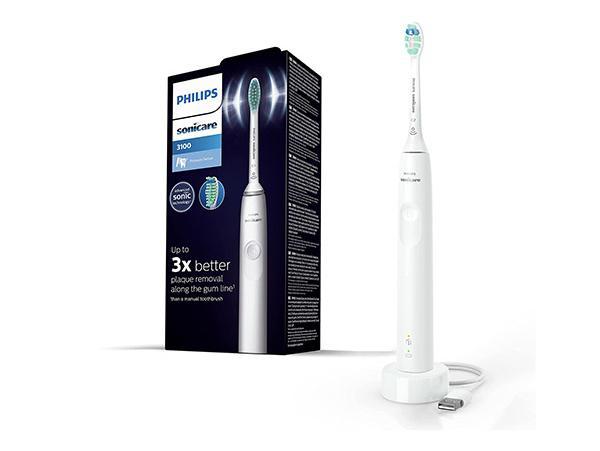 The 3100 is a powerful, quiet brush with an integrated pressure sensor and timer. And it has one of our favourite features: USB charging. If you’re after a Sonicare brush, this is one of the best value ways to get it – and this is a brilliant, 60% off deal. 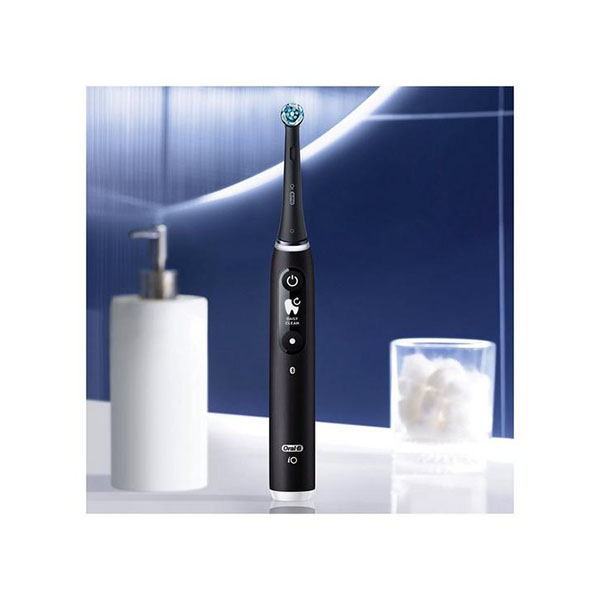 The going rate for an Oral-B iO6 changes a lot, but we reckon you shouldn’t pay more than £150 for it. The price only comes down rarely though, so this deal is very good value. We think it’s a great brush and if you’ve had your eye on one, you won’t be disappointed with it. 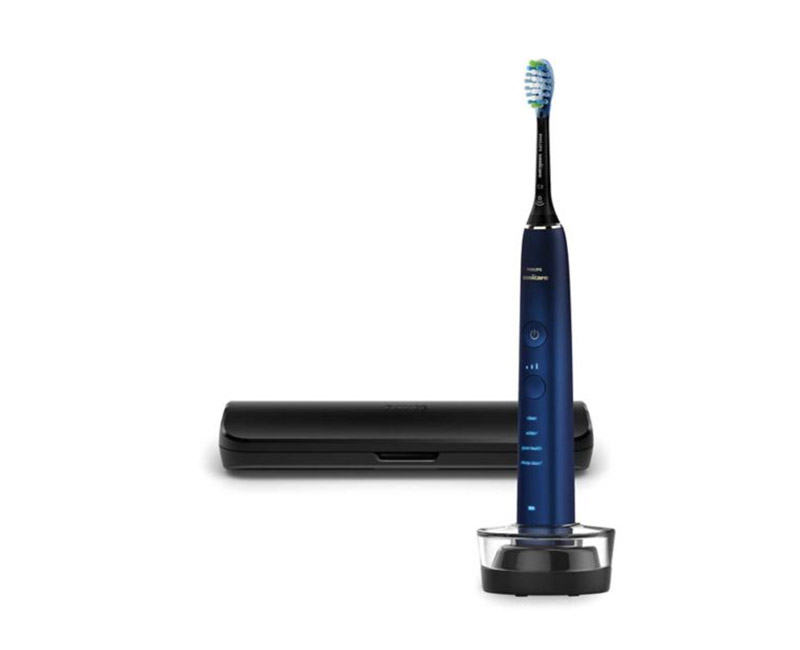 Ignore the inflated RRP on the page. You can often buy it for around £175, but this is still an excellent deal on one of the best brushes around – and in a special edition blue colourway as well. The DiamondClean 9000 is a powerful smart brush with enough adjustable settings that you’ll be able to personalise your brushing experience precisely. You can read our review to find out more. 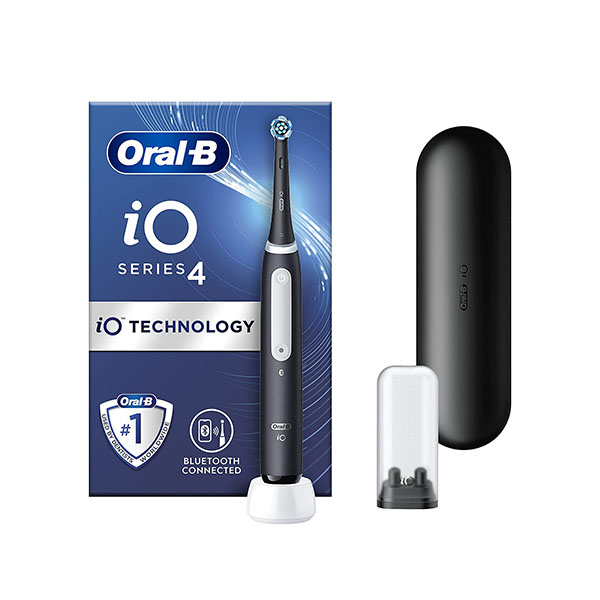 First off, let’s ignore that inflated RRP and discount. Oral-B electric toothbrush prices swing wildly up and down – but you shouldn’t pay over £110 for the iO4. Still, this is the most budget-friendly iO brush, with a brilliant cleaning performance, and this is still a great deal. 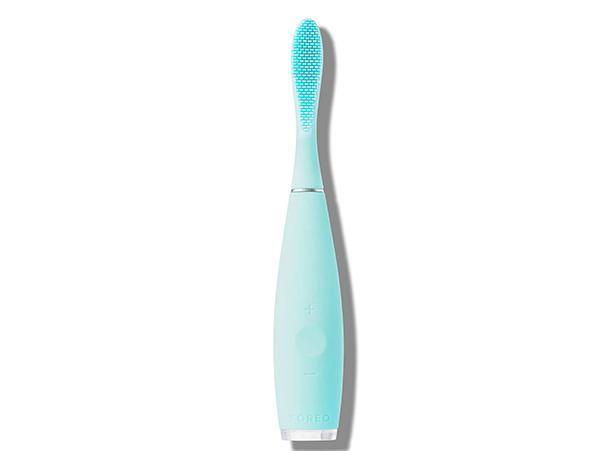 This is the lowest ever price we’ve seen for the Issa 2, which was £149 when we reviewed it. It’s a great price for a very stylish electric toothbrush. 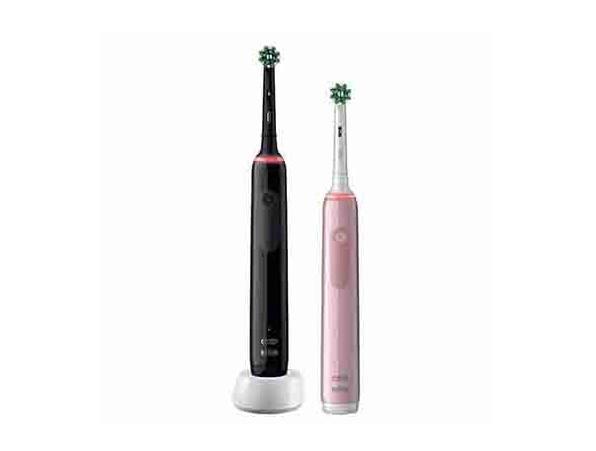 The saving isn’t as big as the on-page price suggests (big sigh), but this is still the cheapest way to get two of these excellent Pro 3 brushes, which you can ordinarily buy for £45 each. They come with a 14-day battery life, three brushing modes, pressure sensors and timer functions.

You can find out more in our review. 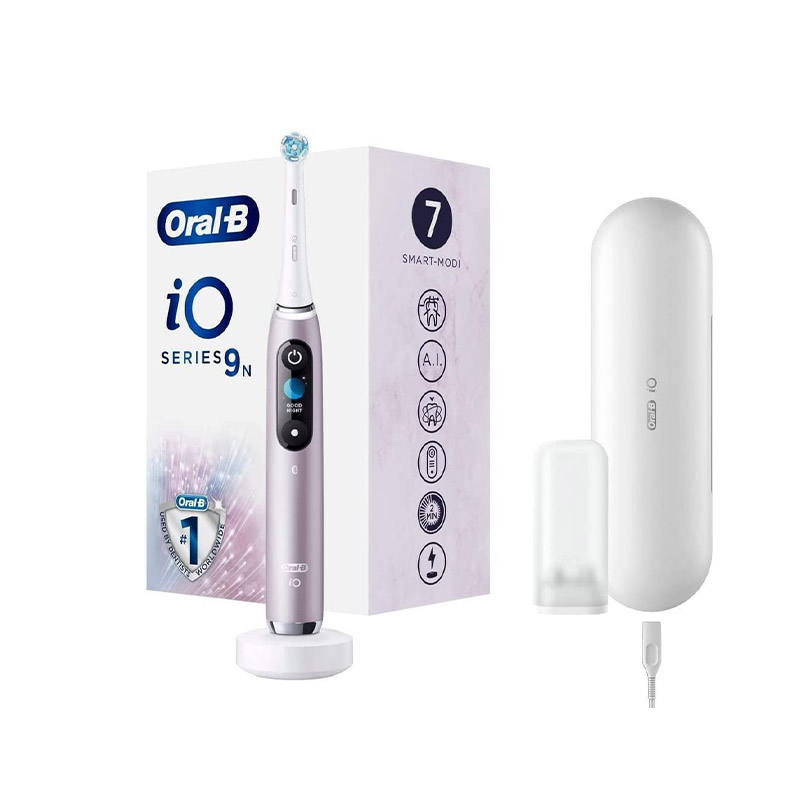 The iO9 was, until recently, Oral-B’s flagship brush and this is the lowest price we’ve seen for it. It is still one of the best around, bringing together brilliant cleaning performance and all the over-the-top, luxury features you could want in an electric toothbrush, including a full colour OLED screen and smart brushing feedback.

Where to find smart toothbrush savings

As with most things, Amazon is one of the best places to look for toothbrush deals first, especially if you look in the Deals of the Day. These discounts, also known as Lightning Deals, are offered for a limited time (often for a few hours only), or until stocks run out.

We’d recommend signing up to Amazon’s 30 day free trial of Prime, which will not only get you access to Lightning Deals 30 minutes earlier than non-Prime members, but will also get you free next-day delivery. Plus, you’ll get access to Prime Video, which you can access through your smart TV, and other benefits during your trial, too.

US users should also check out:

If you’re in the UK, other great places to look include:

There are two main types of electric toothbrush. First, there are mechanical brushes, which you might also see described as rotating, oscillating, pulsing, or a variation on the above. These work by rotating (or oscillating, or pulsing) the bristles on the brush head to remove plaque and clean teeth.

The Oral-B Vitality brush is one of these but most Oral-B brushes now use a combination of oscillations and sonic vibrations to clean.

The second broad type of brushes are sonic. These vibrate rather than rotate, the idea being that they hit certain frequencies that break down plaque and help to drive toothpaste between your teeth. Philips Sonicare brushes are the best-known example.

Finally, there are a few more recent brushes in a third category, but they’re much less common: ionic. We’ve reviewed the Sanyei Ion-Sei, which claims to generate ions that stop bacteria from growing in your mouth. Clinical studies have shown good results but it’s still early days for the technology.

More and more toothbrushes are now boasting smart features like Bluetooth and app support, with a few even claiming to be ‘AI toothbrushes’. Take all of this with a pinch of salt – but still, the companion apps for brushes can be a great way to improve your brushing technique or monitor your child’s.

Different brushes handle it in different ways, but the core functionality of most apps is to monitor where in your mouth you’re brushing the most (and the least) and give you tips on how to give yourself a more thorough clean. The Oral-B Genius 9000 does this in a slightly awkward way by using your phone’s camera to monitor your brushing, but newer brushes like the Oral-B Genius X and the pricier models in the iO range use inbuilt sensors to detect the brush’s position in your mouth.

They may even include games to encourage kids to move the brush to a new spot in their mouth to collect virtual coins or something similar, teaching them good brushing technique in an entertaining way. As you’d expect, there’ll also be all sorts of stats tracked so you can monitor your progress and how often you brush.

Even if an app doesn’t appeal, there are a few key features you might want to look for in a brush. One is a pressure sensor: this means that the brush will alert you (either with a light or a change in vibrations) when you’re pressing down too hard with the brush, potentially damaging your teeth and gums.

The next concern is a brushing timer. Your brush will alert you every 30 seconds to move onto the next section of your mouth, making sure that you’re brushing for long enough (two minutes is the total recommended amount of time) and not missing spots. Most people favour certain areas of the mouth, while neglecting others and a timer can help you break this habit.

Finally, look for brushes with multiple speeds or modes – especially if you have sensitive teeth – as these will allow you to adjust the power to suit your preferences. It’s especially useful if you’ll be sharing the brush with other family members (though please remember that everyone needs their own brush heads!).

The battery might not be an obvious concern when it comes to a toothbrush, but if you don’t have a handy charging socket in your bathroom, it could make a massive difference in terms of day-to-day convenience. A long enough battery life will also save you from having to bring a charger with you on holiday.

Top brushes should last for a couple of weeks of twice-daily use, and we wouldn’t recommend buying anything that won’t run for at least a week. Even better, some modern brushes will charge by USB, which at least gives you more options for topping them up while travelling, and might compensate for a shorter battery life.

There are two considerations with brush heads. First, what choice of brush heads will you get? With a big brand like Philips or Oral-B, odds are you’ll be able to choose brush heads designed specifically for whitening, gum care or sensitive teeth. With a smaller brand, you’re likely to be more limited.

Price is also a key factor. While the brush itself may be expensive, the bigger cost could end up being replacement brush heads. Again, big brands have the edge here: thanks to bulk manufacturing, they can sell brush heads for less, and you can usually find third-party duplicates at even better prices. Smaller brands like Sanyei just can’t compete here.

So before you snap up a cheap brush, make sure you won’t pay for it later when it comes to buying new brush heads.