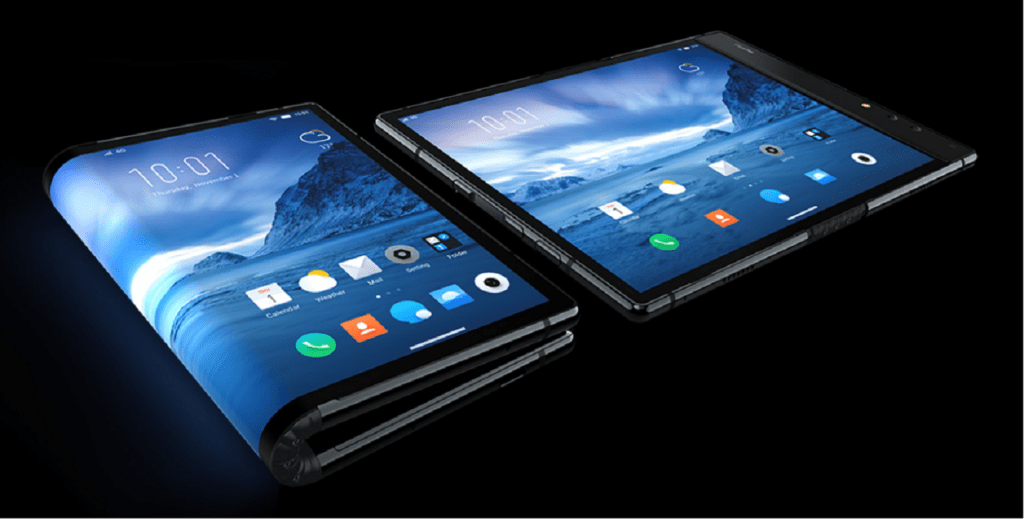 Flexible displays appear to be the newest battleground in the Smartphone market. With industry giants Samsung and LG racing to bring a foldable product to market, Royole appears to have beaten them to the punch with the FlexPai.

Make sure you take a look at the latest details on the Samsung Galaxy S10.

A foldable display allows a device to truly blur the line between a Smartphone and a tablet, with a larger screen that can be used for more detailed tasks and then be folded in half the then act like a Smartphone. The display when unfolded supports a split screen and multitasking experience and will be used in much the same way as you would a tablet.

When the screen is folded in two – both screens can now operate independently. The interfaces on the primary and secondary screens can interact with each other and users can set notifications to appear on the edge screen sidebar, which won’t interfere with the use of either screen.

The longevity of these screens has long been questioned as being opened and closed thousands of times would weaken any joint, let alone a high definition screen. However, Royole claims that the screen can fold at multiple angles and has been tested up to 200,000 times in bending, twisting and tension tests.

No word on price yet though, which will obviously be a deciding factor in the phone’s popularity. First generation consumer technology is never cheap but we’re always read to be surprised.

We should be seeing Samsung’s reveal for their phone soon enough, and some rumours have surfaced around LG announcing its phone in 2019 too.