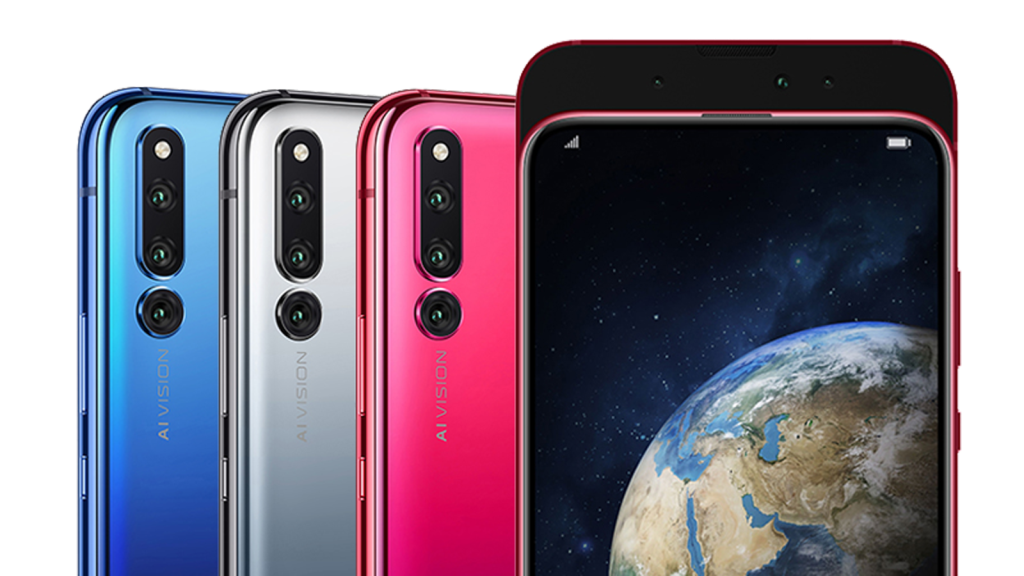 First teased back in August, on 31 October Honor made the Magic 2 official at a special event in Beijing, China. Sporting a 6.39in FullView display and sliding screen mechanism, 7nm Kirin 980 processor, six cameras and intelligent Yoyo voice assistant, the new phone has lots to offer.

It was unveiled alongside the Waterplay 8 tablet, FlyPods and Honor Watch.

When is the Honor Magic 2 release date?

There are two versions of the Honor Magic 2, each available in gradients of red, black and blue.

Another version of the Magic 2 with a graphene cooling system and 3D-sensing Face ID goes on sale in December 2018. 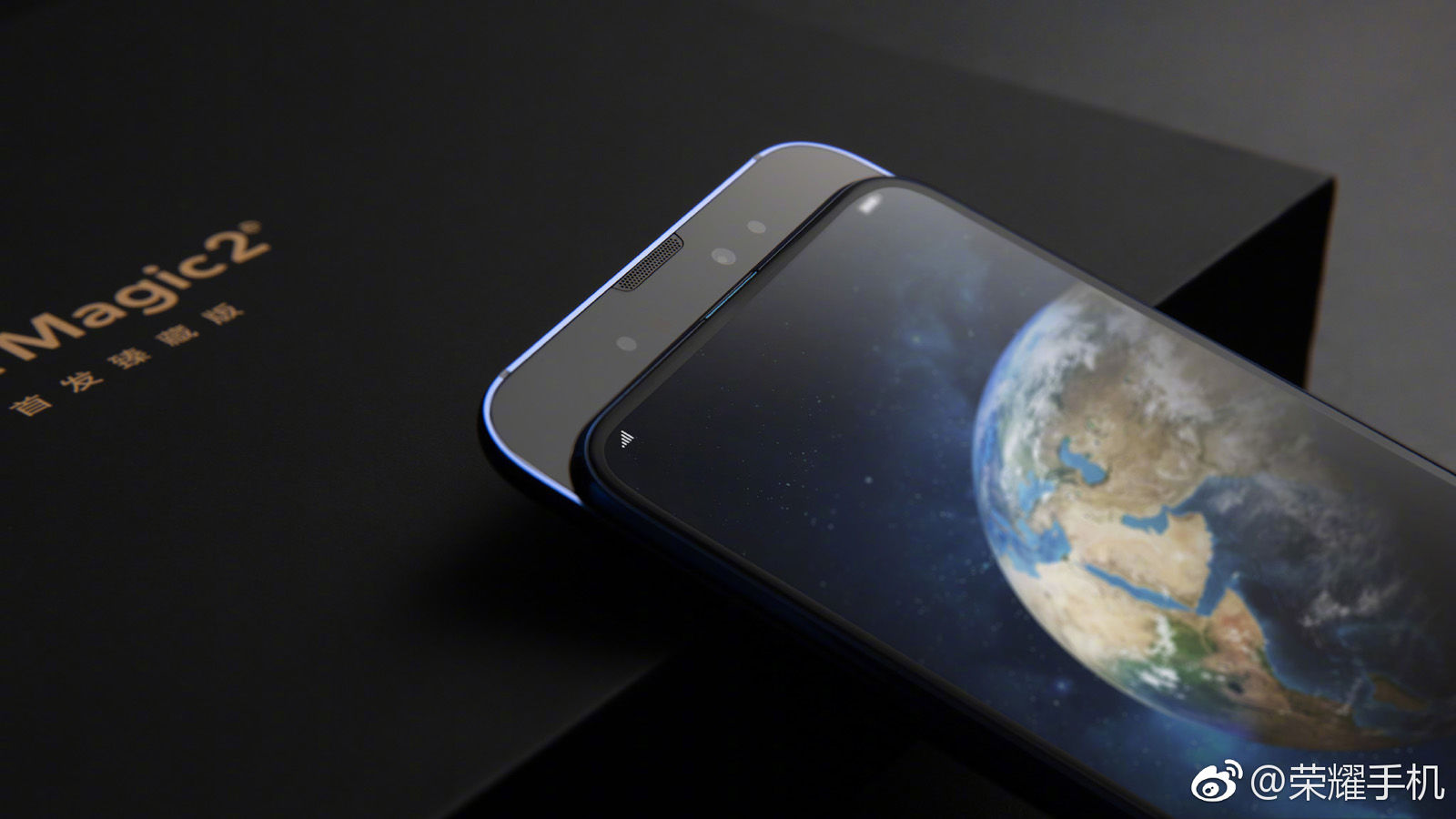 How much is the Honor Magic 2?

The Magic 2 will be available from VMall, TMall, JD.com, Suning.com and Gome.com.cn.

An update to the original Honor Magic, which launched in December 2016 with the Magic Live AI system, an eight-side curved display and 40W Magic Charge, Magic 2 was confirmed in the final 10 minutes of the Honor Play launch event on 30 August.

Honor didn’t give away too much detail about the upcoming phone at the time, but confirmed it would feature the Kirin 980 chip, 40W Magic Charge v2, plus a FullView display with sliding-screen mechanism that “opens a new world” and reveals the selfie camera. It’s a design we’ve since seen in last week’s unveiling of the Mi Mix 3 from Xiaomi.

Where it differs from Mi Mix 3, however, is in its inclusion of the Yoyo AI assistant that was shown on video speaking in English – Xiaomi’s Xiao AI is limited to Chinese only. 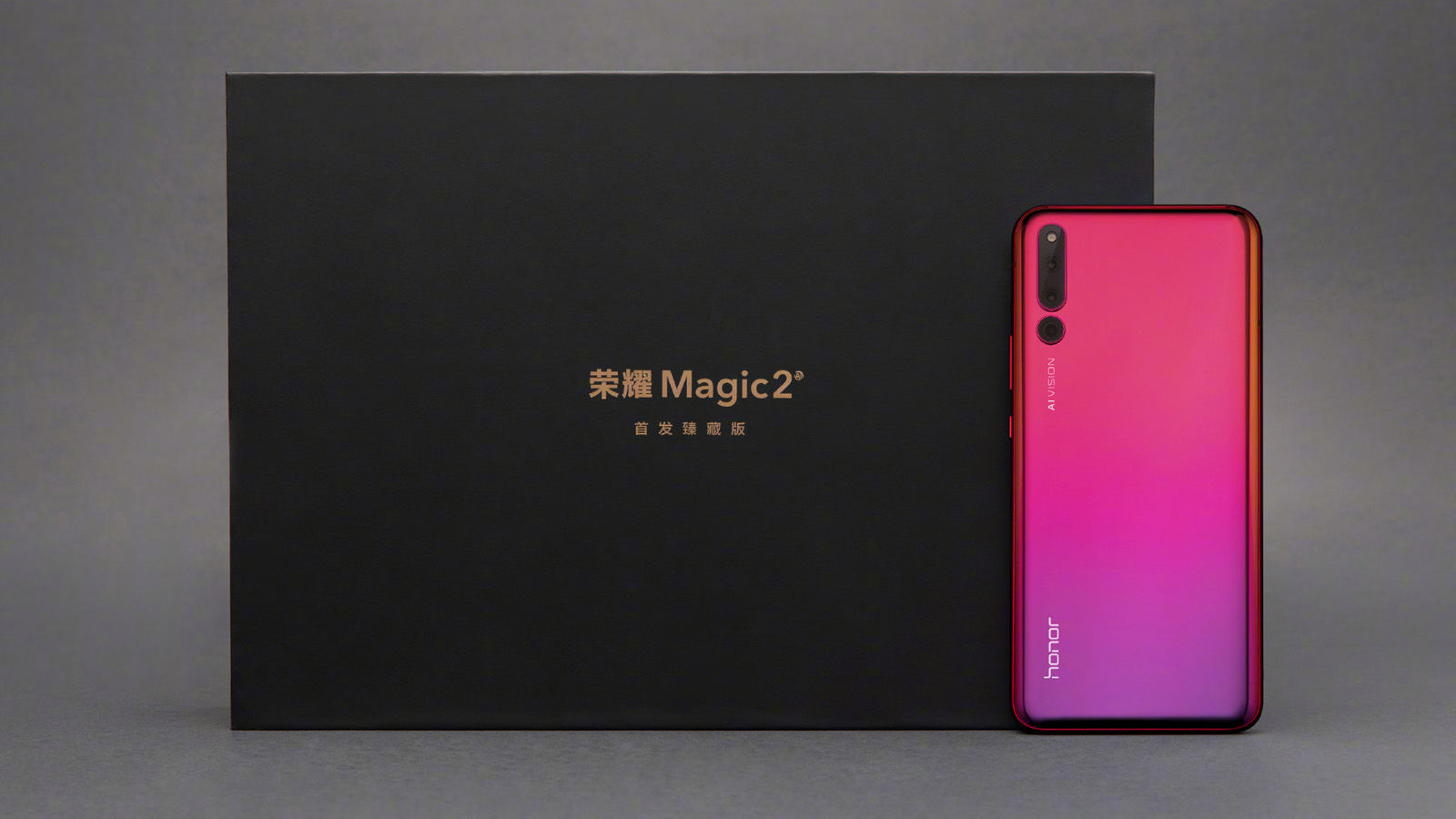 Honor gave much more detail on Yoyo during the Magic 2 unveiling, and it looks to be an incredibly intelligent voice assistant that lies at the heart of the new Magic UI 2.0 interface. This new UI has a full range of AI capabilities, including natural semantic understanding, computer vision scanning technology, AI deep learning, and intelligent decision-making and recommendation systems.

It claims Yoyo is the smartest assistant, with an AI score of 4556 points (that is still growing, thanks to its self-learning capabilities), making the Honor Magic 2 the smartest mobile phone of all.

Yoyo recognises several things that are unique to you: your fingerprints, the way you look, and how your voice sounds. Every time you interact with it Yoyo deepens its understanding of these things.

You can use Yoyo to unlock your phone, either through voice recognition or 3D face scanning. The latter works even in the dark and is said to be more secure than using the fingerprint sensor. Where available it can be used for verifying payments too, and Honor says it supports IFAA’s 3D face-payment docking solution, and Alipay’s face payment.

Yoyo has other functionality, too: If you’re driving a car it can be your navigator; if you’re out and about and see someone has bought something you fancy it can quickly track down the source of the item and place of purchase; if you’re abroad it can provide on-the-fly translations, and when placing a call it supports real-time two-way conversation translation in 10 languages.

Yoyo springs into action as you slide down the screen, using DeepThink computer vision scanning to identify where you are and what you’re doing, then serving up smart recommendations for the services it thinks you might need, for example translation or shopping services.

This technology also enables it to instantly recognise foods and tell you how many calories they contain, which will be useful if you’re watching your weight.

Yoyo is constantly learning your habits, and is thus able to provide a personalised service. It’s able to do all the stuff other smart AI assistants can do, such as serving up the weather in your current city, recommend movies you might want to watch and so on.

Honor also finally cleared up what the image of the DJI drone was all about in the launch teasers: you can use Yoyo to control a drone by voice, and it was demoed on stage flying up, taking a photo, then successfully landing again.

We knew the Magic 2 would feature a virtually full-screen display, but Honor has now confirmed this is a 6.39in AMOLED panel with high contrast and a wide colour gamut. The resolution is Full-HD+ with 2340×1080 pixels, meaning the phone has a tall aspect ratio of 19.5:9.

As expected it features an in-display fingerprint sensor, which uses optical technology.

This is a sliding screen, which uses five tracks to ensure both durability and a smooth sliding experience. It prevents dust getting to the front camera assembly, and helps to ensure your selfies remain smudge-free.

Honor claims the 7nm Kirin 980 chip inside the Magic 2 is one of the most advanced mobile phone chips in the industry. This is the same processor used by Huawei’s Mate 20 line, and incorporates the Mali-G76 MP10 GPU, two Cortex-A76 cores running at 2.6GHz, two at 1.92GHz, and four Cortex-A55s at 1.8GHz.

The Kirin 980 uses a dual-core NPU, which has AI computing power 2.2 times higher than in the previous generation. The company also says it supports LPDDR4X memory, which further unlocks the processor’s potential with an increase in memory bandwidth of 20% and decrease in latency of 22%.

Using the Hi1103 GPS chip the Magic 2 is able to offer dual-frequency GPS, which makes it significantly more accurate than most smartphones for navigation. Its HiGeo navigation engine complements this with fusion positioning technology, adaptive learning and a global road network model, which provides a more accurate navigation experience in complex terrain or areas in which you have a poor signal.

As teased there is support for 40W (10V, 4A) charging, which allows you to fill the battery by 50% in 15 minutes, or 85% in 30 minutes. More importantly, this fast-charging uses 15 layers of protection to ensure it remains safe.

There’s also up to 1.7Gbps downloads over Wi-Fi, a wireless PC mode and dual-card dual-VOLTE.

Though it’s present only in the top model, in the Magic 2 Honor has replaced the traditional graphite heat sheet with graphene. This enables the phone to stay cold at all times.

Using AI it intelligently recognises the scene and applies the settings that will net you the best shot. It can identify more than 60 object categories and hundreds of scenarios in real time.

By offering multiple lenses at the front the Magic 2 also lets you apply the bokeh (blurred background) and professional portrait lighting effects. And results are available in an instant, thanks to the quick-access sliding-screen design.