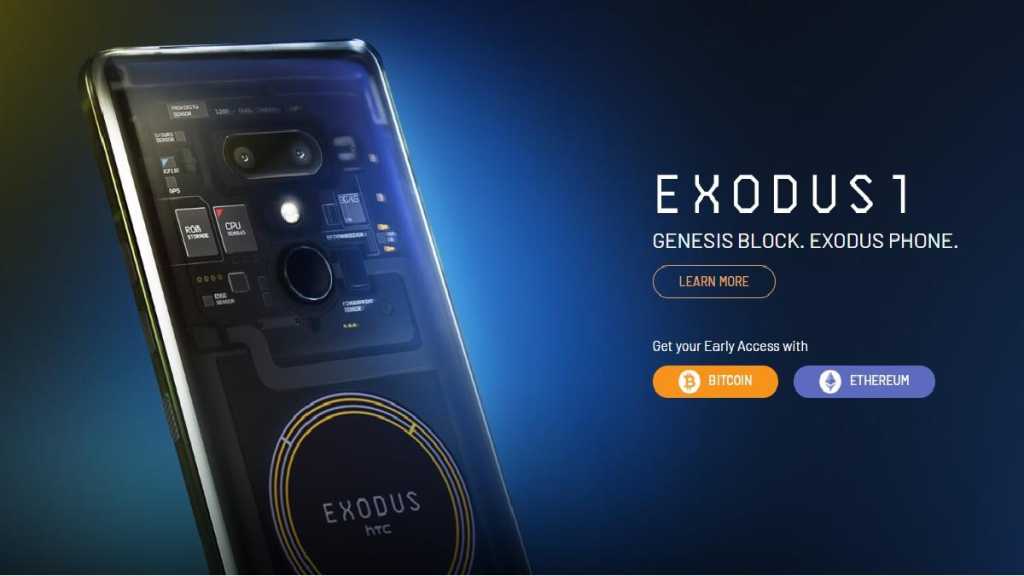 HTC has officially announced the specs for the Exodus 1 blockchain phone and has started to allow people to sign up for preorders, although you’ll have to pay in Bitcoin (BTC) or Ethereum (ETH).

The phone features what is described as a ‘secure enclave’ where you will be able to store cryptocurrency. This is a natural progression from the hardware wallets that we have already, such as the KeepKey and Nano Ledger S, that provide a safe physical storage space for cryptocurrency.

Take a look at our top recommended phones for 2018.

This secure enclave of the Exodus 1 will be separate from the Android OS as security measure, so even if the operating system becomes compromised, the data in the enclave will remain safe.

HTC plans to extend support for the phone to third-party developers in the form of API keys, giving developers the chance to integrate this phone into the cryptocurrency world in a number of different ways. HTC are trying very hard to be at the forefront of the cryptocurrency movement and it shows from this device.

Aside from the secure enclave, the phone sees some reasonable specs with 6GB of RAM, 128GB storage with a Snapdragon 845 processor. The phone is dust resistant and waterproof to IP68, features a 6in Quad HD+ display and dual 12MP+16MP cameras on the back, with a 8MP on the front, all powered by a 3500mAh battery.