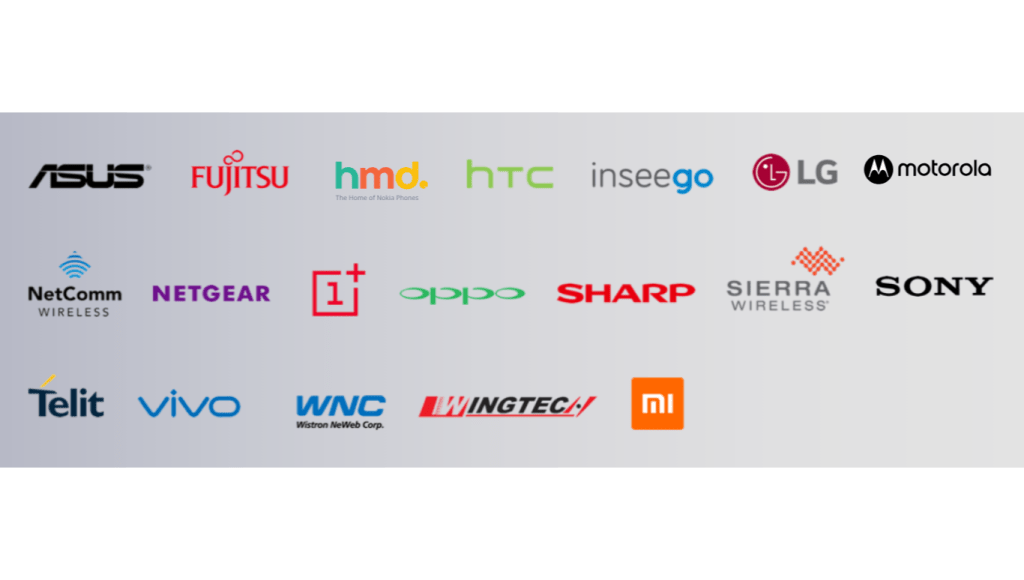 At its annual 4G/5G Summit in Hong Kong Qualcomm announced today that 19 manufacturers are already committed to delivering 5G smartphones using a Snapdragon modem in 2019, including the likes of Sony and OnePlus.

Qualcomm President Cristiano Amon made the announcement during his keynote address, claiming that the 22 global companies were “committed to 5G in 2019” using the Snapdragon X50 modem, which is expected to be available to manufacturers alongside the yet-to-be-announced flagship successor to the Snapdragon 845 chipset.

Sony, OnePlus, and Motorola are among the major manufacturers apparently working on 5G handsets for next year, alongside the likes of LG, HTC, and HMD – the company currently making Nokia phones. Major Chinese brands including Xiaomi, Oppo, Vivo, and Asus have also committed to the new networking technology.

In addition to the manufacturers pictured in the image above, Amon also confirmed that Samsung and ZTE have committed to 5G devices using Qualcomm’s modem, as has Google – so look forward to a 5G Pixel 4.

Amon went on to suggest that the first wave of these 5G devices should be in the hands of consumers in Q2 2019 – so between April and June – and predicted that we’d even see some manufacturers release two 5G flagships in 2019, one in the first half of the year and one in the second.

OnePlus co-founder Carl Pei also appeared at the event and promised that OnePlus would be “the first, or one of the first” to release a commercial 5G device with Qualcomm, stopping just shy of confirming that the OnePlus 7 would support 5G.

5G promises significantly faster upload and download speeds – potentially comparable to home fibre connections – but it will take major infrastructure investments before connections are actually available to consumers. That means the first wave of 5G phones likely won’t actually have any 5G networks to connect to at first.

They’re also likely to be a few mm thicker than current smartphones thanks to the requirements of the new 5G antennae, but it will probably only take a couple generations of phones before we’re back to current form factors.

Qualcomm’s announcement includes most of the major phone manufacturers that use Qualcomm processors, but as a result excludes a few big companies that mostly use their own chips: we don’t know when to expect 5G phones from Huawei or Apple.

The announcement comes as part of Qualcomm’s 4G/5G summit – where last year it first predicted it would be able to deliver 5G phones in 2019, proving its good to its word.