Qualcomm’s annual 4G/5G summit in Hong Kong was dominated by the company’s insistence that 2019 will be the year that 5G finally makes its way into flagship phones across the board. Plenty of phone manufacturers are on board, including one that’s got us especially excited: OnePlus.

The OnePlus 6T is now with us, but the relentless march of technology means that phone is already being overshadowed by the fact that 2019’s OnePlus 7 will be capable of connecting to faster 5G networks.

OnePlus co-founder Carl Pei spoke at the Qualcomm summit, confirming that “We definitely have 5G planned for next year.” Pei went on to confirm that the company “will be the first, if not one of the first partners with Qualcomm to commercially launch 5G globally” – almost confirming that 5G will be featured in the OnePlus 7 early next year.

Just weeks later at another Qualcomm summit, OnePlus CEO Pete Lau took to the stage during the announcement of the Snapdragon 855 chipset to confirm that the next OnePlus flagship would use the SoC and that it would also support 5G (an optional extra to the 855). In the UK it will come first via mobile network EE.

This seemed a strange claim with various other phones expected to arrive earlier, but OnePlus says the slide was a mistake telling Engadget that “We appreciate the opportunity to clarify that we will be one of the first to have access to, and use, the Qualcomm Snapdragon 855, and apologise for the miscommunication.” 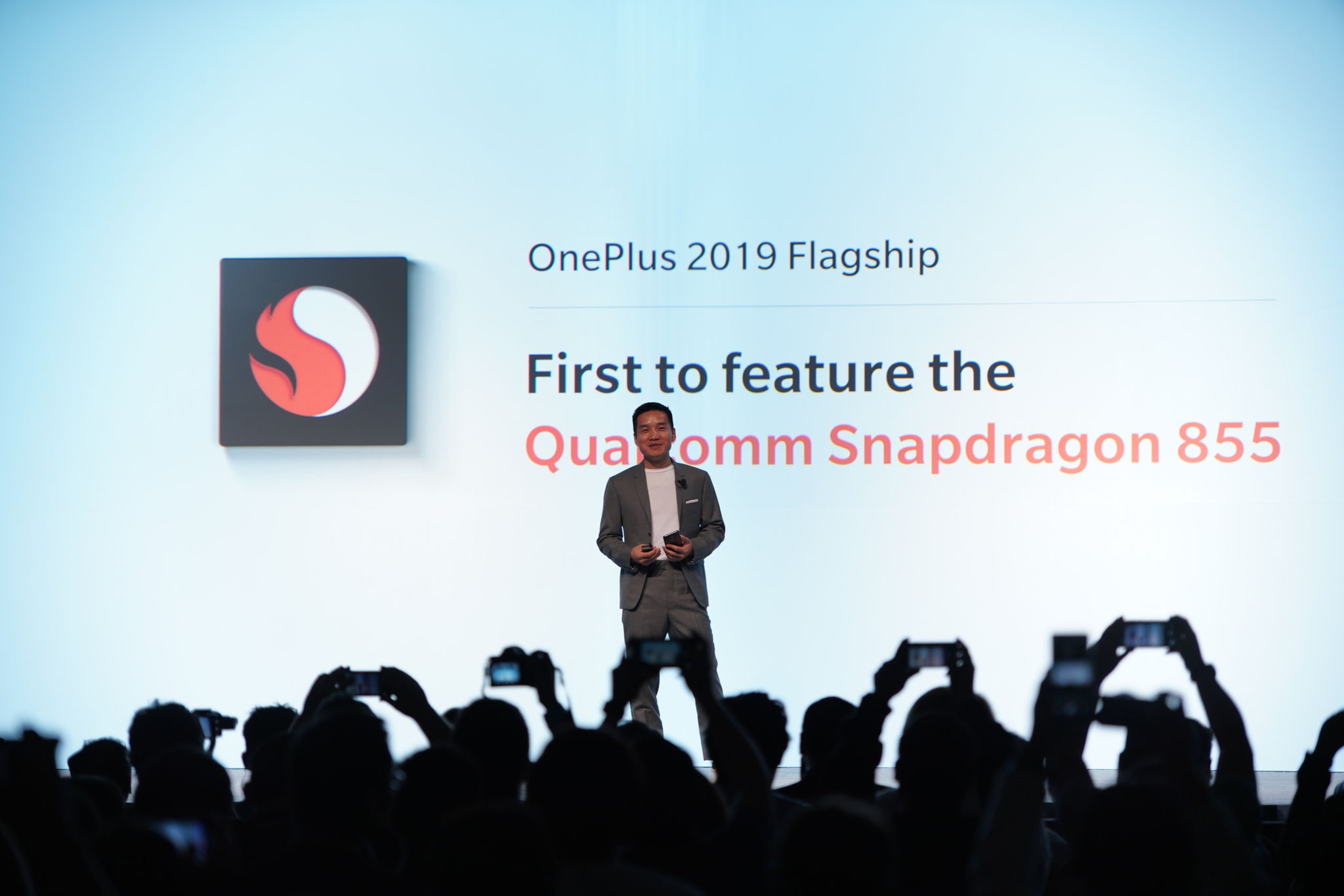 That matches  Qualcomm’s own promise that the first wave of 5G Snapdragon devices would arrive in Q2 2019, and the company’s President, Cristiano Amon, told us that he expected most manufacturers to release two flagship 5G devices next year – one in the first half of the year, and one in the second.

Those other manufacturers include Sony, Motorola, LG, HMD (Nokia), Samsung, and HTC, along with Chinese-focused firms such as Xiaomi, Oppo, and Vivo.

It’s worth remembering that 5G is still a while off widespread availability. Tests are being carried out in a few cities worldwide, including the UK and US, but right now buying a 5G phone is still about future-proofing: you’re unlikely to actually be able to access a public 5G network until some time in 2020.

5G is clearly a serious commitment for OnePlus though. Pei said the company has been developing 5G devices since “as early as late 2016,” and argued: “There’s no better fit for 5G than OnePlus… whenever we have a 5G product on the market, adoption will be really quick.”

You might also want to resist being an early adopter: the first few 5G phones are likely to have slightly larger form factors than current devices, thanks to the size of the new antennae. Odds are they’ll only be a few mm thicker than you’re used to, but since you won’t be able to use the 5G features at launch anyway, there’s a good argument for waiting for the OnePlus 7T – or even the 8 – to avoid compromising on size.