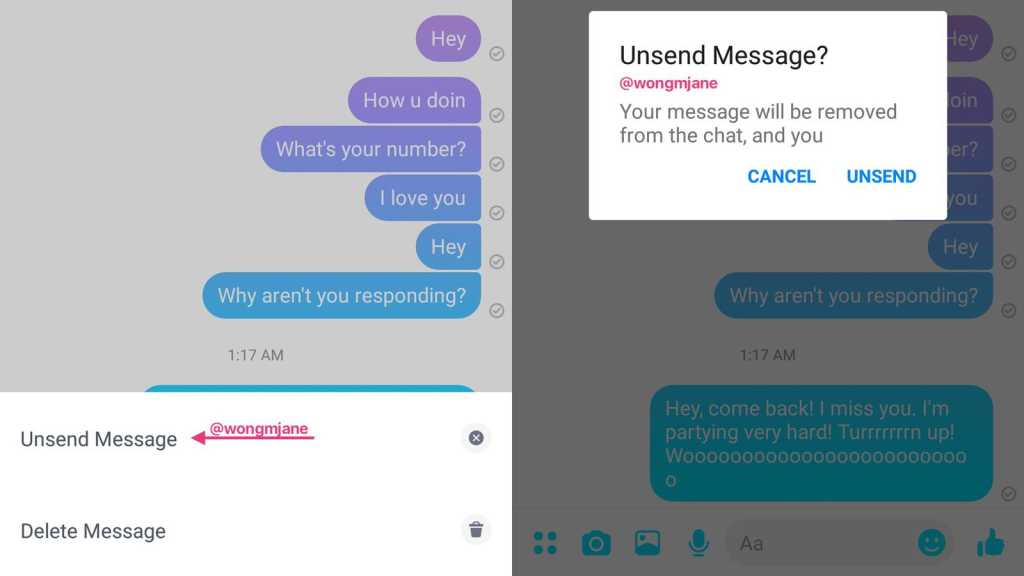 At some point in our lives we’ve probably all been guilty of sending a message and then later reconsidering our actions and wishing we hadn’t. WhatsApp has a relatively new feature that lets you delete a sent message before it is read, and Facebook is following suit with Messenger.

Currently when you send a message via Facebook Messenger you can tap and hold the message to access a Delete option, and it will be removed from your conversation thread (as shown below). Except what you can’t see is that this message has only been deleted for you, and your recipient can still read it. This is signalled by the term ‘your copy of the message’. 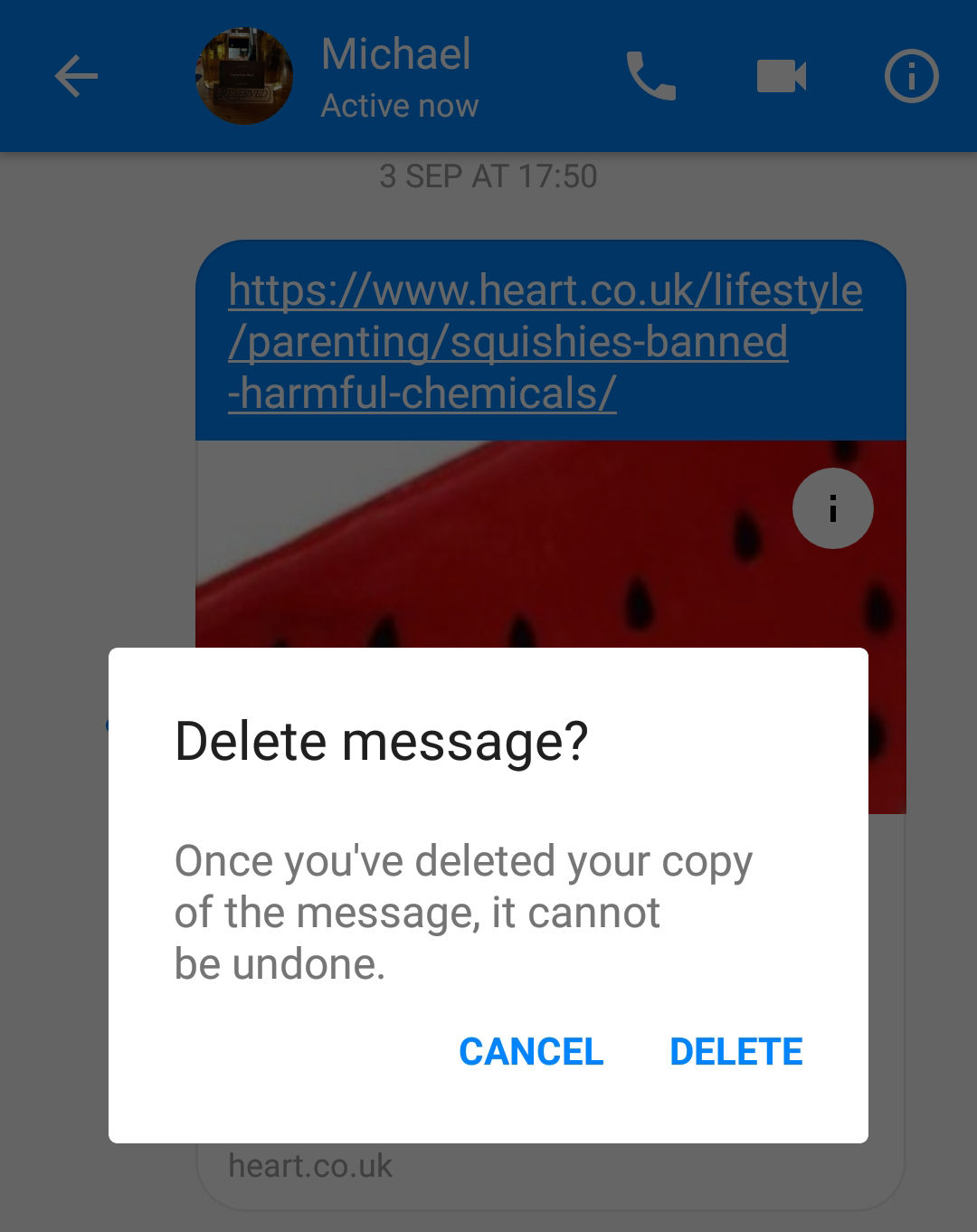 Hope is coming, however. Twitter user @wongmjane has spotted an in-beta Unsend feature, similar to that found on WhatsApp. This new feature, which has not yet rolled out to all users, will give you the option to delete for everyone.

We’ll update this story when we have confirmation of the upcoming feature from Facebook.