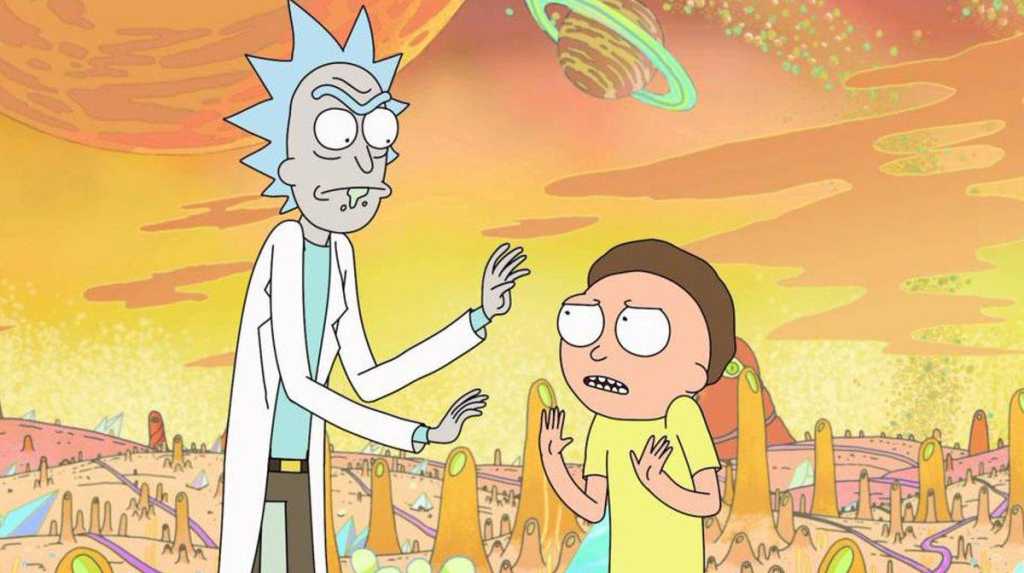 Rick and Morty is back for season six (and more seasons beyond that). After an up-and-down fifth season that included a few of the show’s best episodes ever – plus a few definite duds – there’s plenty of appetite for more.

Here is everything we know about the new season. You can also check out Solar Opposites, another animation from co-creator Roiland. And if that doesn’t scratch the itch, the Rick and Morty team is still dropping brilliant shorts every now and then to keep us entertained.

When does Rick and Morty season six start?

Rick and Morty season six is rolling out episodes every Sunday at 11pm ET on Adult Swim in the US. It will drop on E4 at the same time in the UK, which means new episodes air at 4am BST every Monday for viewers in England, Wales, Scotland and Northern Ireland.

If you miss it on TV, you should be able to catch up on the Adult Swim streaming page and All 4.

If you live somewhere else and there’s no official broadcaster, it is possible to watch Adult Swim from outside the US if you want to catch up, or make sure you’re ready to go whenever the next season starts.

The show’s fifth season aired in summer 2021, with the double-bill finale airing in early September.

The good news is that Adult Swim is so confident in the show that in 2018 it renewed the show for 70 episodes, so we’re all but guaranteed years and years of Rick and Morty to come.

Is there a trailer for season six?

The first full trailer for season six is here, and we can see that the Smith family is getting in on Rick’s adventures:

Here is the first short promo for season six, which includes Eyepatch Morty opening a portal to another universe:

There is also this (slightly disturbing) still:

The official poster for the series was revealed at Adult Swim Festival:

We’ve also rounded up the best Rick and Morty shorts below, so check those out if you haven’t already.

How many episodes will there be in season 6?

Despite the first season packing in 11 episodes, the other seasons of Rick and Morty have all featured 10 episodes, and season 6 is no different.

Co-creator Dan Harmon discussed the idea of longer seasons during the interview with EW that suggests there could be a little more than that on the way in the future eventually.

“I would like to think I’ve learned enough from my mistakes in season three that we could definitely do 14 now, but then I have to say, ‘Yeah but you’re the guy who says we can do 14 who turned out to be wrong so we’re not listening to you now’,” Harmon remarked.

“The nice healthy way to approach this is I want to prove it with the first 10 of season four – prove it to ourselves, to production, to the network – that it’s so easy that we’ll earn additional episodes.”

Whilst neither season 4 nor 5 broke the 10-episode barrier, there is still hope that season 6 could pull off the trick.

The whole main cast should return for season six, with Justin Roiland voicing both Rick Sanchez and Morty Smith and Chris Parnell taking on the role of Morty’s father, Jerry. Spencer Grammer will be back as Morty’s sister Summer and, of course, it wouldn’t be complete without Sarah Chalke voicing Rick’s daughter, Beth.

What is the plot of Rick and Morty season 6?

Here is the official synopsis for season 6, which is exactly what fans of the show will expect:

It’s season six and Rick and Morty are back! Pick up where we left them, worse for wear and down on their luck. Will they manage to bounce back for more adventures? Or will they get swept up in an ocean of piss! Who knows?! Piss! Family! Intrigue! A bunch of dinosaurs! More piss! Another can’t miss season of your favorite show.

The gap between seasons can be frustrating, but it does bring a few bonuses: some great Rick and Morty shorts, which drop sporadically.

One of the best is Samurai & Shogun, an official five-minute animated samurai take on the show, created (in Japanese!) by a Japanese animation studio:

If you enjoyed that, then you may enjoy… Samurai & Shogun Part 2! That’s right, this follow-up picks up (and concludes) the anime adventure, and is just as good.

After season five we were treated to another anime short, Rick and Morty vs. Genocider. This one is even longer, from Tower of God director Takashi Sano, with a bit more plot to it than the last.

Perhaps weirdest of all is Bushworld Adventures, an 11-minute Australian epic from YOLO: Crystal Fantasy creator Michael Cusack. Don’t expect to understand anything, but it’s one hell of a ride.

If you want something more closely linked to the show’s own creators, it’s definitely worth watching their crossover Simpsons couch gag:

And finally, we couldn’t round this list off without including Adult Swim’s trio of live-action Rick and Morty starring none other than Christopher Lloyd – whose Doc Brown was the inspiration for Rick in the first place.