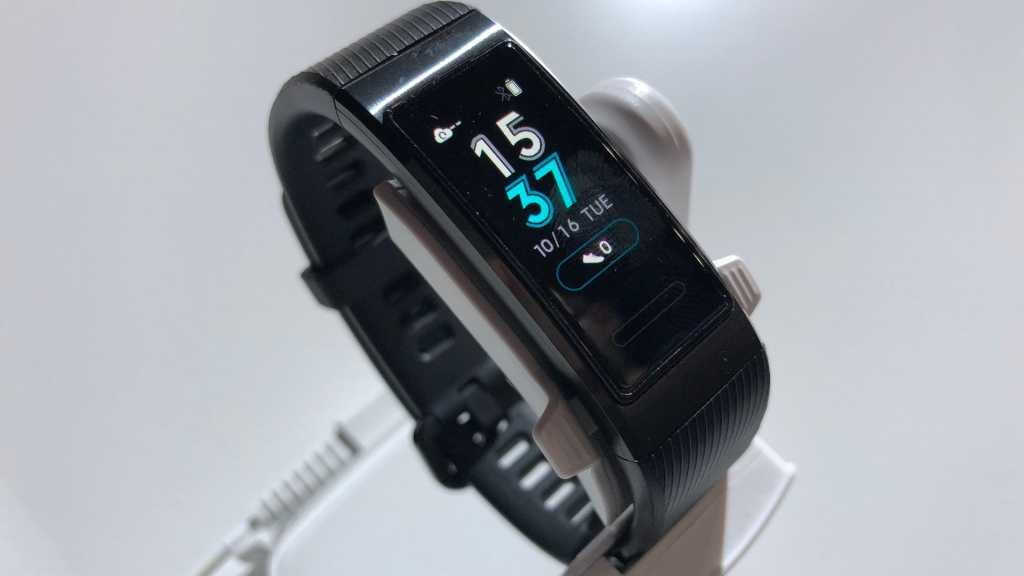 Huawei took to the stage in London in October to not only reveal the stunning Huawei Mate 20 and Mate 20 Pro, but also the Huawei Watch GT and Huawei Band 3 Pro. At less than £100 in the UK, the Band 3 Pro looks to take on the big names in fitness tracking, and with a suite of impressive tech on board, we think it might have what it takes.

Here’s all you need to know about the Huawei Band 3 Pro, from the release date to pricing, the best features and a full spec rundown.

When will the Huawei Band 3 Pro be released?

While Huawei didn’t mention a release date during the reveal of the Huawei Band 3 Pro during the Mate 20 Series-focused event in London on 16 October, we imagine that the fitness band will be available in the coming weeks alongside the Mate 20 (17 October) and Mate 20 Pro (26 October).

Though not confirmed, an Amazon listing for the upcoming wearable suggests a release date of 1 November 2018, though this is yet to be confirmed by Huawei.

How much will the Huawei Band 3 Pro cost?

That’s a lot cheaper than other fitness trackers in the market, especially for the roster of features available. Those interested in pre-ordering the Huawei Band 3 Pro can do so via Amazon right now, and we imagine it’ll pop up on the Huawei Store in the coming days.

What does the Huawei Band 3 Pro feature?

The Huawei Band 3 Pro has a lot to offer, especially considering the competitive price. One of the highlights of the Band 3 Pro is the inclusion of Huawei’s TruSeen 3.0 heart rate monitoring technology that uses a combination of advanced sensors and machine learning to clean up your heart rate results and provide more accurate readings than other trackers on the market.

Alongside TruSeen 3.0 is TruSleep 2.0. This, as you might guess, tracks your sleep structure, including asleep/awake time, light sleep, dark sleep, REM sleep and more. It’ll assign you a score based on that information, allowing you to easily compare your sleep to previous nights, and will even provide helpful tips to help you get a more restful night’s sleep.

Other notable features include GPS, 50m water resistance, swimming stroke identification (alongside a suite of other exercises available for tracking), a 0.95in bright AMOLED display and a battery life of around 20 days. Via the app for iOS and Android, you’ll also get access to personalised exercise training modes, in-depth measurements including VO2Max and more to keep you fit and healthy.

Essentially, the Huawei Band 3 Pro offers all the same tech as the Huawei Watch GT, but in a smaller, cheaper package. What’s not to like?