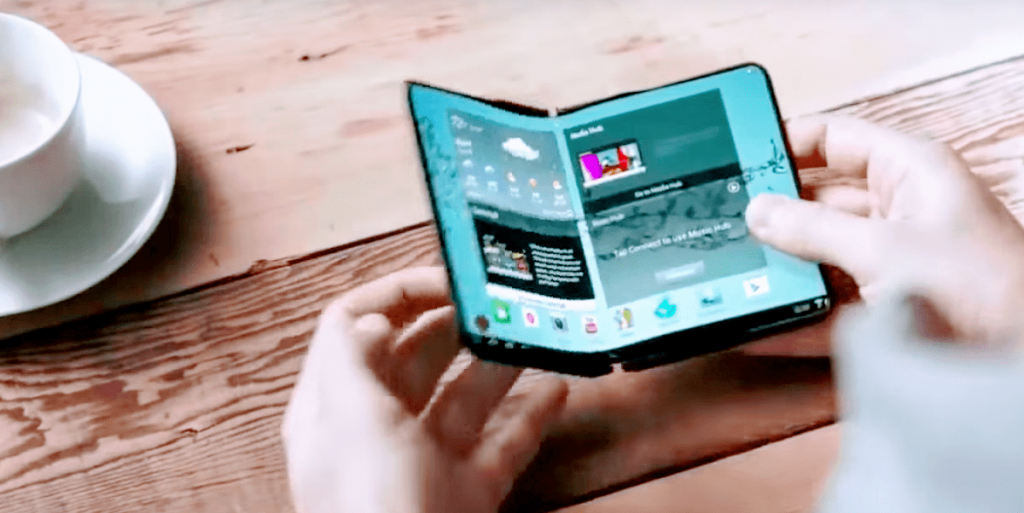 Speaking to CNBC, Mr DJ Koh said that the unfolded version of the new Samsung device would operate as a tablet to provide multi-tasking functionality on a large screen, with the ability to fold into a portable phone.

This announcement matches the device found in the wonderful piece of filmmaking that Samsung produced a few years ago. If you haven’t seen this, you’re in for a treat.

Make sure you take a look at our Samsung Galaxy A9 Review.

If the device isn’t formally announced at the Samsung developer conference on the 7 November there will be a lot of disappointed people, as this has been hinted at before, but Koh was quick to say that the product had to reach his standards before it was shown to the wider world.

If Samsung manages to pull this off, the foldable phone could be the next step for smartphones – however, the real elephant in the room will remain battery life as powering a tablet-sized screen on a battery that must sit within a device that can fold to half its size will not be an easy feat.

Regardless, we’re excited to see what comes out of the Samsung Developer Conference on 7 November this year.