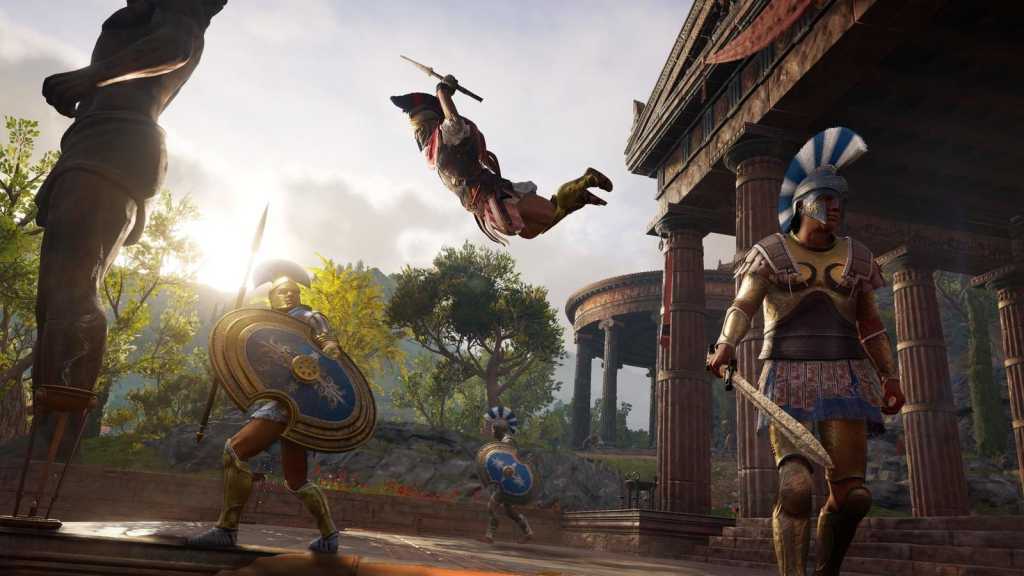 Assassin’s Creed Odyssey is almost here, with the game due for release around the world tomorrow, 5 October 2018. While once upon a time retailers like GAME and HMV would open stores around the UK at midnight to sell games at release, the rise in digital downloads has seen a steep decline in physical game sales and thus, the retailers don’t see the demand required to host midnight launches. It’s a shame, but that’s another story altogether!

Without retailers hosting midnight launches for this year’s title, how can you play Assassin’s Creed Odyssey at midnight upon release? The good news is that it’s possible if you buy the game digitally on the PlayStation Store, Microsoft Store or Steam. In fact, the game is already available for pre-load across PS4, Xbox One and PC so you won’t even have to wait for it to download once it’s released in a few hours’ time.

The catch? The game is slightly more expensive on PS4 and Xbox One than if you were to wait until tomorrow morning and head to the likes of GAME and Argos in the UK. It’s £54.99 on the PlayStation Store and Microsoft Store, while PC gamers fork out £49.99 on Steam, compared to £49.99 from Argos and GAME.

The difference in price isn’t as extreme as it has been with other titles, so if you want to be one of the first in the world to play Assassin’s Creed Odyssey, pay the extra £5 and head to the digital store of your choice! If you’re wondering if it’s worth the cash, take a look at our Assassin’s Creed Odyssey review and decide for yourself.

If you’re really dedicated to the Spartan way of life and want to get the appropriate haircut for a weekend of binging Odyssey, then you’re in luck; London-based barbershop Nomad Barber is offering free Spartan-inspired haircuts to anybody that wants one! Simply rock up to Boxpark Green in Shoreditch between 10am-7pm today, 4 October, or tomorrow, 5 October, to get your Spartan hair-do. It’s first-come-first-served though, so we’d recommend getting there early.