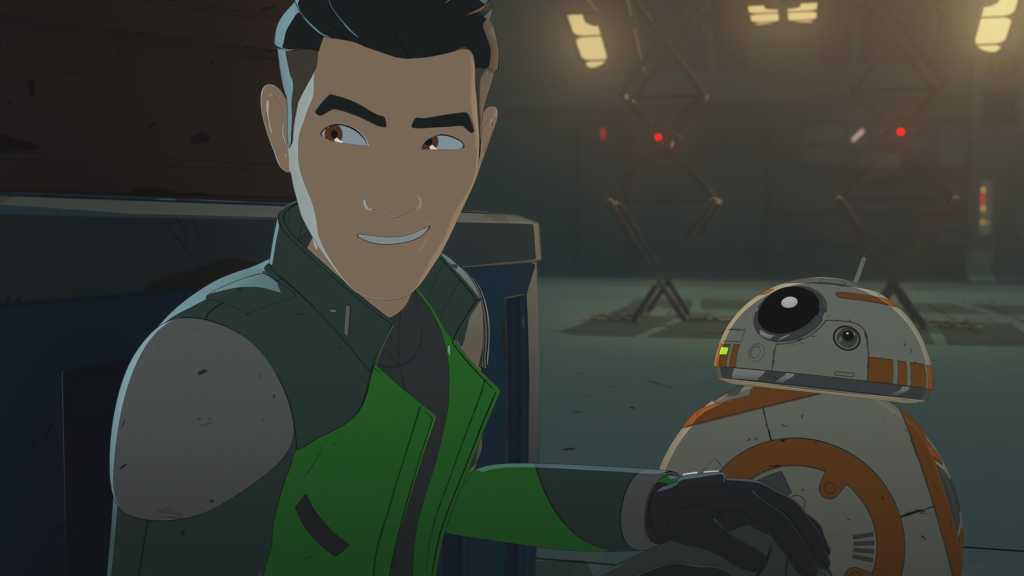 Star Wars Resistance is the latest animated series set in the Star Wars universe, from the same team that previously created The Clone Wars and Rebels, including lead producer Dave Filoni.

Resistance has a new setting, new characters, and a new animation style, telling the story of a group of ace pilots in the period just a few months before the events of The Force Awakens. Here’s everything you need to know about the show’s second season, which is also confirmed to be its last.

If you’re more interested in live action Star Wars, remember that there’s a new premium Star Wars TV show on the way too. Here’s all the latest news on Star Wars: The Mandalorian.

Star Wars Resistance’s second season started in the US on 6 October. In the US, it will premiere on the Disney Channel, with episodes also appearing on the Disney streaming app Disney Now.

If you’re in the UK, there’s a bit of a delay: the show will air on Disney XD in the UK, but it won’t start until 9 November at 7:30am. So let your alarm bright and early for Saturday mornings if you want to catch it live. Or just, y’know, use a VPN to watch it as it airs in the US instead.

How to watch outside the US

As we’ve said, the show will air on Disney XD in the UK, but not every country will get it, and even in the UK the show will be airing with a delay from the US – not ideal if you want to keep up as it airs and avoid spoilers from American fans.

Luckily it is possible to watch along with the US, though you’ll need a VPN. Disney makes the Disney Channel and US version of Disney XD available to watch online through Disney Now, but to access US content, like new episodes of Resistance, you’ll need it to think you’re in the US.

Simply install a VPN and set your server to somewhere in the USA and Disney Now will serve up US episodes of the show, letting you stay ahead of the UK air dates. Our top recommendation is NordVPN, but we have a whole chart of the best VPNs for streaming video if you want to see a few more options.

Resistance follows a young pilot named Kaz who’s recruited by Resistance fighter Poe Dameron for an espionage mission. That takes him to a base called the Colossus on the planet Castillon, where ace pilots compete in races and defend themselves from pirates, bandits, and the First Order.

The second season will be set during the events of The Last Jedi, and show a bit more of life from the First Order’s perspective, hopefully along with a bit of set-up for Rise of Skywalker.

There’s been one trailer so far for the show’s second season, which hints at how it will tie into the events of The Last Jedi and the upcoming Rise of Skywalker:

As you’d expect from a Star Wars cartoon, the voice cast is a nice mix of voice actors you probably haven’t heard of with a few bigger TV stars, along with cameo appearances from bigger names including the stars of the films themselves.

There will also be a few famous faces (well, voices) appearing along the way too. Gwendoline Christie is already confirmed to make a cameo appearance as Captain Phasma, while Adam Driver is also expected to pop up as Kylo Ren.

Leia also made an appearance in season one, but obviously (and sadly) Carrie Fisher couldn’t voice her. Instead voice actress Rachel Butera voiced the general, and may well return for the role this year oto.