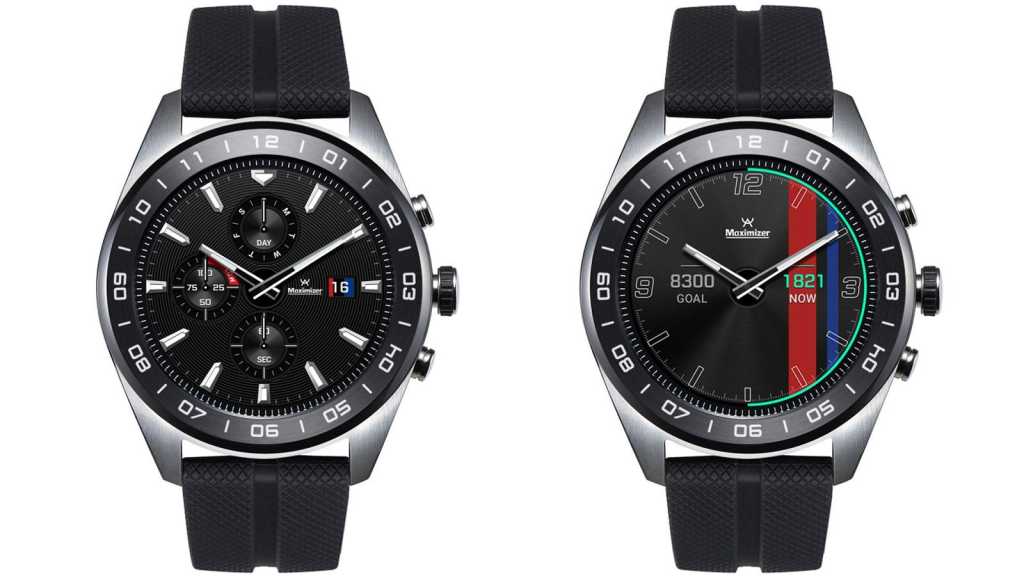 As was rumoured, LG announced a new smartwatch along with the V40 ThinQ phone. The W7 is unusual as it combines the physical hands of a traditional watch with Google’s Wear OS and a circular colour screen.

It’s an unusual direction, but should appeal to those who want the convenience of seeing the time on an analogue movement, yet who also appreciate the extra information Wear OS can provide from your Android phone.

The hybrid system has been produced in partnership with Swiss maker Soprod and LG says that the W7 will continue to show the time for three to four days after the battery runs too low to power the screen.

And if you don’t use the screen at all, the quartz movement can run for over three months, though that somewhat defeats the purpose of buying the W7.

You’ll be able to get a W7 on your wrist on 14 October, and you can pre-order one on 7 October.

That’s in the US. We’re told the watch will be coming to Europe – including the UK – but there’s no set date yet. 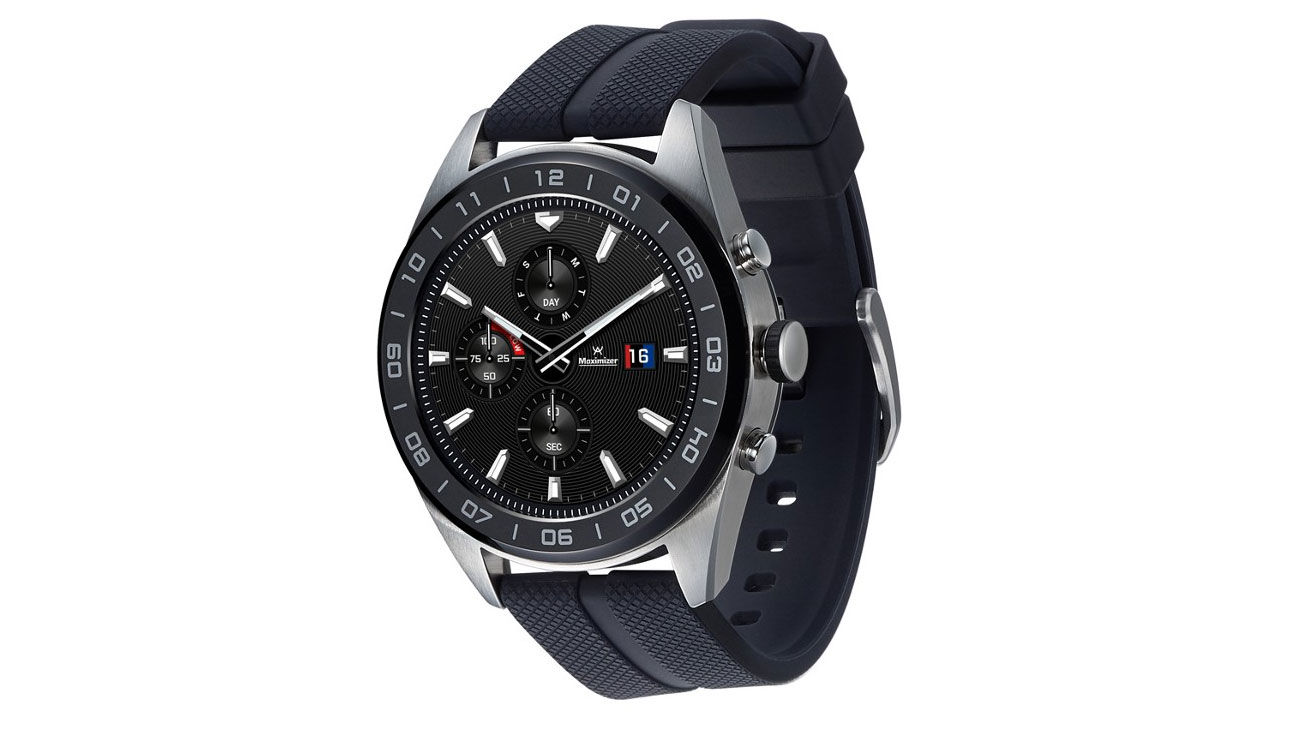 Instead of having different sizes, case material and strap options, the W7 is essentially one product and costs US$449.

This is expensive, but remember that the entry-level Apple Watch Series 4 has an aluminium case, not stainless steel.

Continuing the comparison with the Apple Watch, it’s important to note that LG has decided to eschew some gadgets such as GPS, a heart-rate monitor, even NFC from the W7.

This narrows its target audience significantly: it’s unlikely to appeal to anyone that wants a smartwatch for fitness, and it won’t suit those who want to use Google Pay.

What it does have is a 1.2in, 360×360-pixel display which shows basic information. If the watch hands are in the way, you press the top-most button on the right to shift the screen up a bit; the hands move to the quarter-to-three position to ensure they’re not still in the way.

The hands have a few other functions besides showing the time. They can act like the North-pointer in a compass and you can also switch to Barometer and  modes. There are also stopwatch and timer functions. 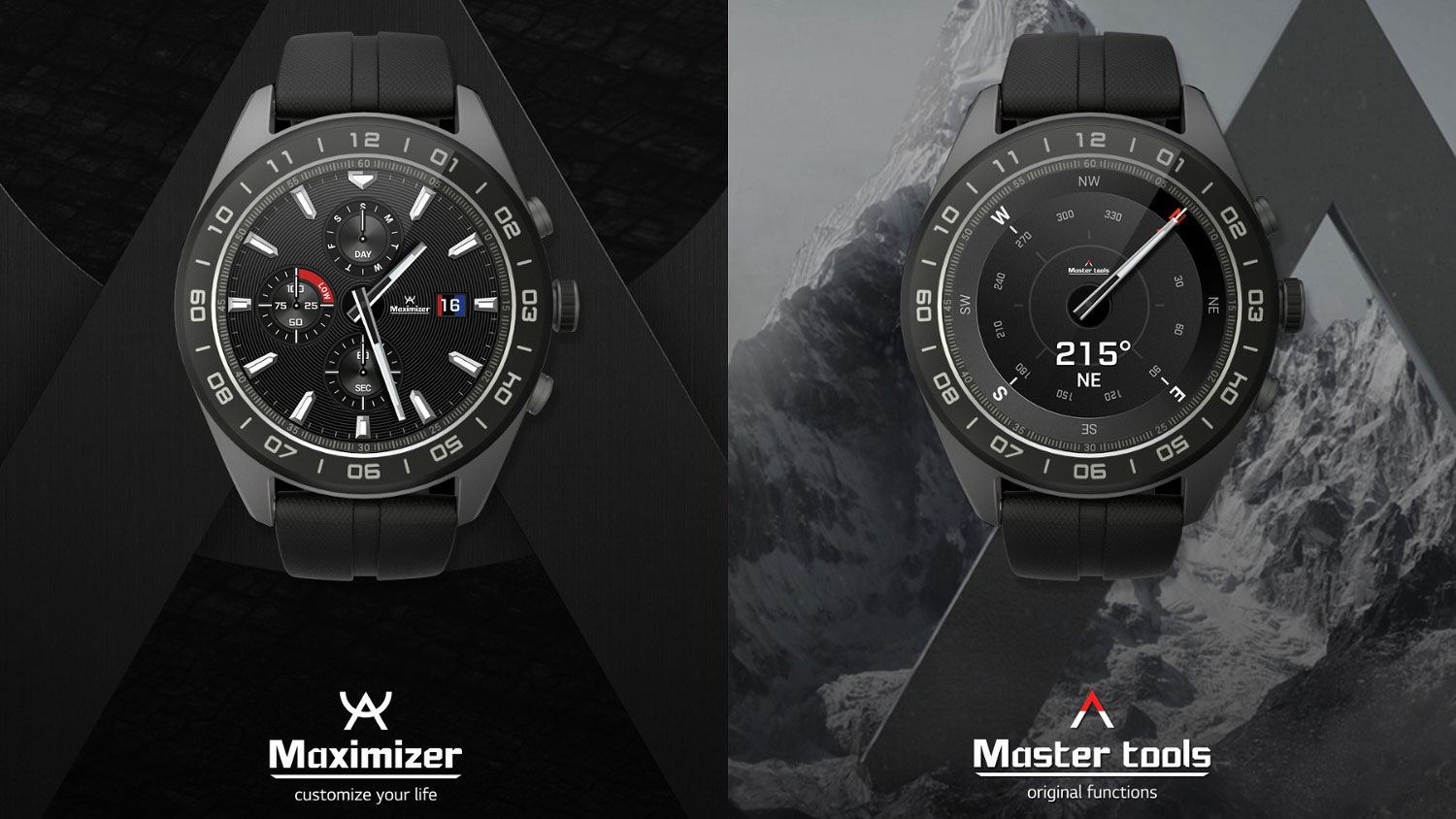 As you’d expect, the screen can be used to provide a selection of watch faces so you can change the look, but there’s no getting away from the fact that this is a fairly chunky timepiece.

Given the price, you might expect the latest Snapdragon 3100 chip, but the W7 actually uses the older 2100.