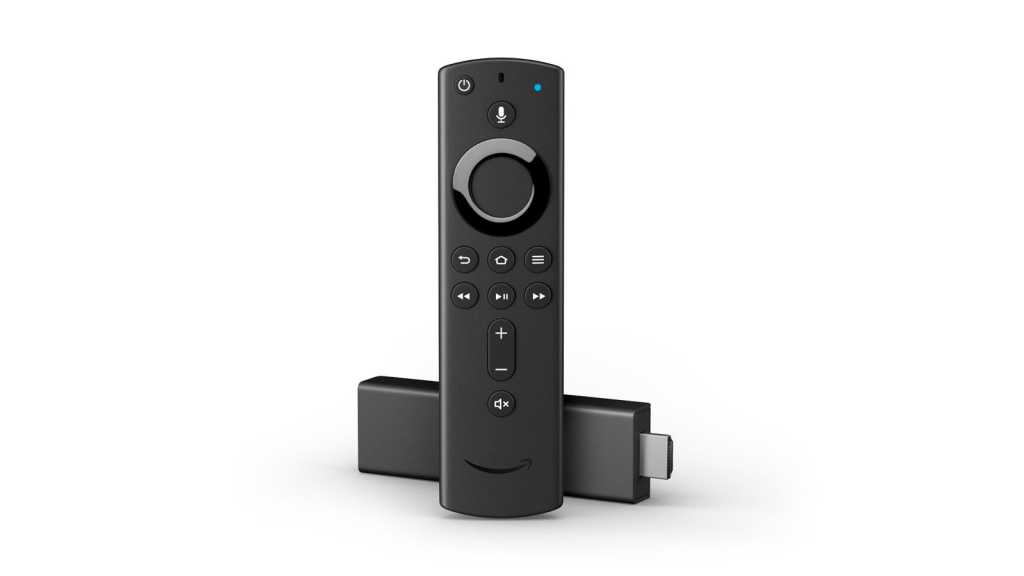 It’s hard to keep up with the new hardware products Amazon is releasing. Along with its Echo devices, it has a strong line of Fire tablets and accompanying Fire TV sticks.

The company has announced a new Fire TV Stick 4K. It costs less than the older model and has a couple of new features.

It’s Amazon’s way of letting you stream your favourite Prime Video TV shows and movies on your TV over Wi-Fi. Luckily you can also download popular rival apps like Netflix and BBC iPlayer for a complete living room entertainment set up.

The 2018 Amazon Fire TV Stick 4K (bit of a mouthful) is available for pre-order now and will ship on 14 November.

How much will the Amazon Fire TV Stick 4K cost?

It costs £49.99, less than the Fire TV 4K which sold for £69.99 previously. The new product is an update to the old regular Fire TV Stick and adds 4K support as standard.

Amazon is also  selling the Alexa Voice Remote on its own for £29.99. It’s compatible with some TVs and soundbars, so check before you buy. It’s the same remote that comes with the Fire TV Stick 4K.

The design of the Stick remains similar to the old model, though the remote now, finally, includes volume buttons.

It simply slots into an HDMI port on your TV and connects to the internet over your home Wi-Fi connection. As the name suggests, it’s 4K compatible but you’ll only see the benefit if you have a 4K TV (but it does work on any TV.

Considering the old regular non-4K Fire TV Stick was only £10 less, you get quite a lot by spending the extra £10. The Fire TV Stick 4K gives you 4K (obviously), HDR10+ and Dolby Vision support for the first time in a TV stick, Amazon claims.

It also promises faster performance thanks to its 1.7GHz quad-core processor, a slight step up from the 1.5GHz of the older-gen 4K model.

Quite a lot of computing power is at work to stream 4K content wirelessly, and Amazon claims the Stick 4K is “over 80 percent more powerful” than the regular Fire TV Stick.

With the Alexa Voice Remote included in the box you can control Fire TV with your voice. It’s actually still easier just to use the remote as a point and click remote, but there’s something satisfying about pressing a button and saying “Alexa, watch American Gods” and have it work.

You can also pair the Stick with an Echo device in the same room to get far-field voice recognition to select shows, rather than using the remote.

If anything, this is giving you too many options. In our experience voice input doesn’t always work, and it’s geared towards Amazon’s own content.

But for a new lower price, the Fire TV Stick 4K looks to be one of the cheapest and easiest ways to stream 4K content to your TV.