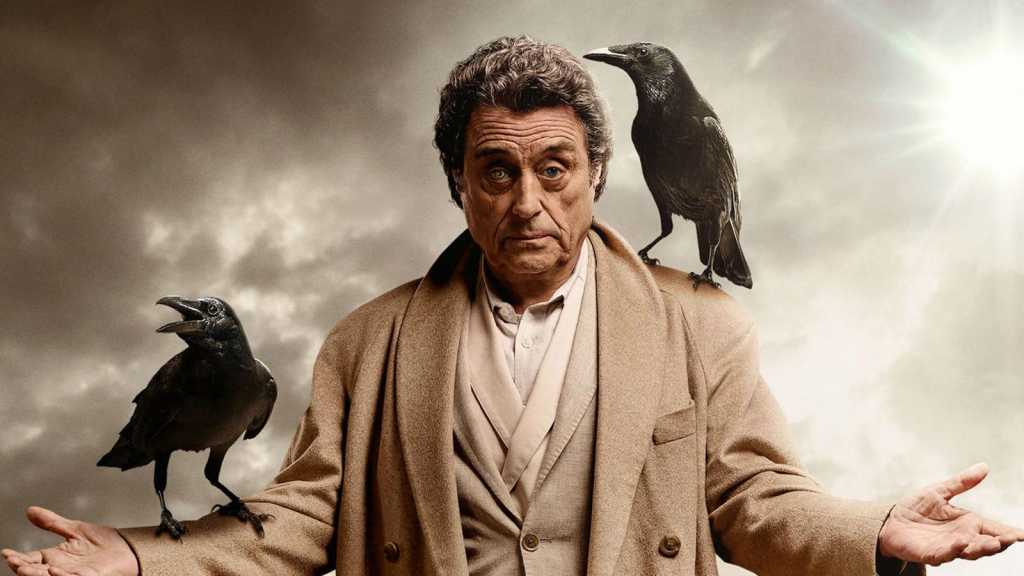 After an explosive and inventive first season, American Gods is confirmed for a second season. After all, we are only part way through Neil Gaiman’s mammoth fantasy novel that follows the exploits of ex-con Shadow and the mysterious Mr Wednesday.

It was thought for a time that the 2001 novel might be too difficult to film given the expansive descriptions of the meetings of gods, but with Gaiman himself closely involved, the first season delivered.

With old and new fans on board, here’s everything you need to know about the new season.

When does American Gods season 2 start?

Where can you watch it?

In the US, American Gods is on Starz. For the rest of the world it’s on Amazon Prime Video.

A trailer for the upcoming second season was unveiled at New York Comic-Con, showing off the season’s deeper dive into the world of gods, magic, and generally weird stuff:

Then there’s the official trailer from Starz, released in January, accompanied by some dramatic voiceover from Ian McShane:

You can also watch the first few minutes of the opening episode right here:

Believe and you will be rewarded, a gift from the Gods. Take a sneak peek at the opening of the first episode of #AmericanGods Season 2. #Believe #Youarewelcome pic.twitter.com/ajc9v67ax7

What can we expect from American Gods season 2?

No spoilers here. We left season one with only part of Gaiman’s novel told and at a pretty climactic part as we approach The House on the Rock, with an enormous fairground carousel.

There are a lot of question marks ahead for the show though. Michael Green and Bryan Fuller, season one’s showrunners, were fired after not being able to come to creative agreement with production company Fremantle Media, with rumours that author Gaiman was trying to exert more creative control over the series and pull it closer to his original novel.

They were replaced by Jesse Alexander for the bulk of season two, but a report from the Hollywood Reporter claims that Alexander was ‘sidelined’ (“fired but not fired” according to one source) before the end of the season amid disputes over budget, scripts, production deadlines and more.

It’s a pretty damning report, claiming that the show went six weeks behind schedule and over budget, and has entered a production hiatus to try to resolve things. Cable network Starz has reportedly demanded re-shoots after being unhappy with the more conventional tone of the new season, a shift away from the moody, mysterious aura of season one.

Meanwhile there’s apparently still no script for the season finale – currently on its seventh draft – and the cast has been resorting to rewriting dialogue on set, they’re so unhappy with the quality of the scripts. So, um, let’s hope it all works out?

There are set to be eight episodes, mirroring season one. There were originally meant to be ten, but the episode order was reduced during production to try and control costs as the show’s budget spiralled.

Which characters will be back?

Expect to see most of the first season’s the characters return, with Ricky Whittle as Shadow and Ian McShane’s Mr Wednesday at the fore.

Yetide Badaki will reprise her role as Bilquis, as will Emily Browning as Shadow’s dead wife Laura Moon.

Two notable faces aren’t coming back though: Gillian Anderson and Kristin Chenoweth won’t be returning as Media and Easter respectively, after the pair quit in the wake of original showrunners Green and Fuller’s firing.

Are there any new characters?

With Gillian Anderson not returning as Media, the show has found a clever way to replace her: it’s introducing another character, New Media, to be played by Kahyun Kim. Meanwhile Dean Winters also joins the cast as Mr Town, an underling of Crispin Glover’s Mr. World.

There’s no word yet on who – if anyone – will replace Chenoweth as Easter, who plays a pretty major role in the book’s plot from here.