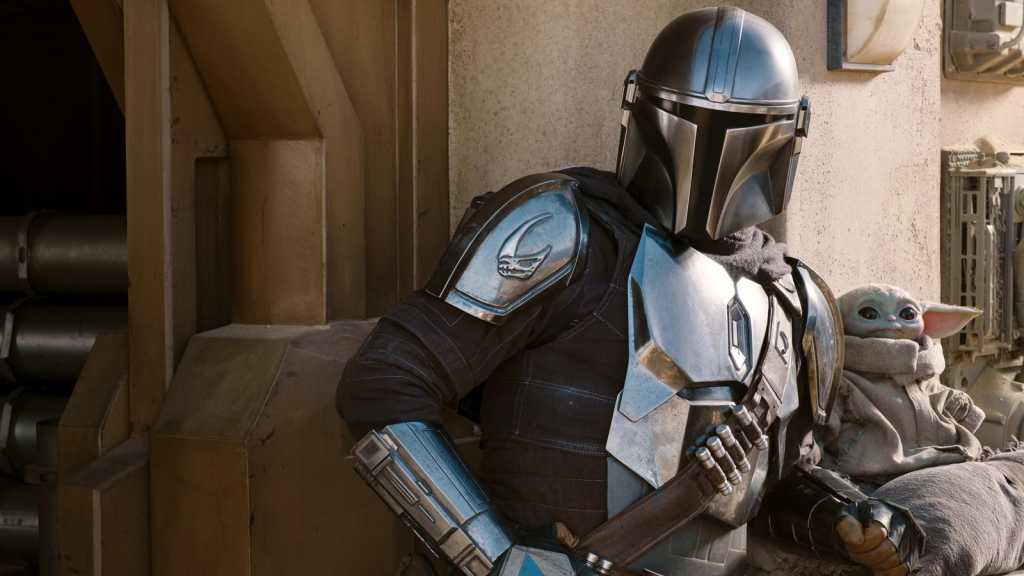 The Mandalorian is officially returning for a third time after two successful seasons of Mando and Baby Yoda traversing across the galaxy, and we’ve rounded up everything we know so far about the future of the show.

We already have three spin-off shows directly from The Mandalorian: The Book of Boba Fett, Ahsoka, and Rangers of the New Republic.

Andor is also releasing this month, a Rogue One prequel series starring Diego Luna. Ewan McGregor also reprised his role as Obi-Wan Kenobi in yet another spin-off series.

So. Much. Star Wars.

Check out our full guide to all the Star Wars content on Disney+ for more on what you can watch now, and what’s on the way. Otherwise, keep on reading for everything you need to know about The Mandalorian season three.

When will The Mandalorian season three air?

Filming for The Mandalorian season three has completed, and Disney has confirmed that the series will air in February 2023.

That gives you plenty of time to catch up on the first two seasons and watch The Book of Boba Fett – if you haven’t watched it yet, this spin-off series has some pretty major moments that make it required viewing for Mandalorian fans.

Is there a trailer yet?

Yes – the first trailer was revealed at Disney’s D23 event. In it, we see that Din Djarin is on a quest to atone for violating the ways of the Mandalorian people. We also see the return of Bo-Katan, and fan favourite, Babu Frik:

Who’s in the cast of The Mandalorian season three?

Pedro Pascal will return to the leading role of Din Djarin (AKA Mando).

We know that he’ll be joined by Carl Weathers’ Greef Karga, along with Katee Sackhoff’s Mandalorian warrior Bo-Katan Kryze.

The big question mark in the returning cast is whether we’ll get an appearance from the show’s big bad, Breaking Bad’s Giancarlo Esposito – though it seems pretty likely.

In addition, The Hollywood Reporter revealed that Back to the Future star Christopher Lloyd will feature in season three. His role is undisclosed, but it is likely to be a guest spot rather than a reoccurring role.

One actor who won’t be returning is Gina Carano as Cara Dune. io9 reports that Lucasfilm released the following statement:

“Gina Carano is not currently employed by Lucasfilm and there are no plans for her to be in the future. Nevertheless, her social media posts denigrating people based on their cultural and religious identities are abhorrent and unacceptable.”

This comes off the back of Carano sharing an anti-Semitic story on her Instagram, as well as months of other posts supporting anti-mask behaviour, spreading conspiracies about the US election, denouncing the use of pronouns and supporting posts that mocked the Black Lives Matter movement.

Cara Dune was a major character in The Mandalorian and had been set up to possibly play a big part in The Rangers of the New Republic. According to The Hollywood Reporter, a spokesperson from Lucasfilm has confirmed that the character will not be recast.

Rosario Dawson will be starring in her own spin-off series as Ahsoka Tano – but we could see her make another cameo appearance, as her show takes place in the same timeline as The Mandalorian. We also believe that Ahsoka will air after season three, so her coming in to set up her spin-off show would make sense.

Temuera Morrison played quite a pivotal role as Boba Fett in season two, and Mando equally played a big part in his own series. We wouldn’t be surprised to see crossovers with both characters once again, and perhaps an appearance from Ming-Na Wen as sniper Fennec Shand.

Who will write and direct season three?

Behind the cameras, Jon Favreau, who’s a dab hand at both producing and directing and brought us Iron Man and The Jungle Book, is the showrunner and lead writer for the series, though he’s ably assisted by Star Wars: Clone Wars TV veteran Dave Filoni.

What to expect from season three

Season two of The Mandalorian had probably the most shocking guest appearance we’ve ever had in the show. The Jedi Master himself – a young Luke Skywalker – came aboard Moff Gideon’s light cruiser and single-handedly destroyed all the Dark Troopers with complete ease.

Once he’d cleaned out the trash, he revealed that he had arrived by answering the call from Grogu (AKA The Child and/or Baby Yoda), and was here to train him in the ways of the Jedi. After a heartbreaking goodbye between Din Djarin and Baby Yoda, Luke left with Grogu in tow.

The rest of the story continues in episodes five, six and seven of The Book of Boba Fett – which essentially acts as The Mandolorian season 2.5.

Grogu has been training in the ways of the Jedi with Luke Skywalker on a mysterious forest planet where a Jedi temple is being built – a place that will eventually train many young padawans, including Ben Solo/Kylo Ren.

Din Djarin went to visit the planet to reunite with Grogu but was stopped by Ahsoka, who believed that it would set the young trainee back on his path to becoming a Jedi. He left a piece of armour in her care for her to pass on.

She then left this with Luke, who gave Grogu a choice: take the armour and return to the care of the Mandalorian, or take Yoda’s old lightsaber and continue to train as a Jedi, but never see the Mandalorian again.

Thankfully, Grogu chose the latter and was delivered to Peli Motto’s workshop by R2-D2. The Child and Din Djarin reunited during a battle sequence on Mos Espa in Tatooine with Boba Fett, where Baby Yoda helped take down a droid and tame a wild Rancor from destroying the city with a Jedi mind trick.

The episode ends with Baby Yoda demanding that Mando take his Naboo starfighter into top speeds from his own little seat. So, this means that season three of The Mandalorian will kick off with Mando and Baby Yoda reunited, as we wanted all along.

There are still some unresolved issues – Luke gave us a glimpse into when Grogu was originally taken from his home during the Great Jedi Purge. The Mandalorian season three may delve into these past events.

Giancarlo Esposito revealed at GalaxyCon that Moff Gideon is in pursuit of Grogu for reasons that fans aren’t yet aware of. He told a young fan, “This child has magic powers, [is] 50 years old, and can see the future, and we want everyone to know, eventually on this show, that [Grogu] could save our universe.”

Then there’s also the issue of the Darksaber. Moff Gideon revealed that Mando was the rightful winner of the weapon after defeating him in combat. This came as a blow to Bo-Katan, as she needs the blade to reclaim the throne of Mandalore. In order for her to win the Darksaber, she’d need to defeat Mando in combat.

After watching the trailer, there is speculation that Bo-Katan is sitting on a throne in the Mandalorian-adjacent planet, Concord Dawn.

Episode 5 of The Book of Boba Fett confirmed that Mando has no intention of giving up the Darksaber, especially after being challenged for it by Paz Vizsla.

The same episode also revealed that Din Djarin is no longer a Mandalorian – at least going by the code of the cult-like group he previously belonged to. The Armorer asked if he had removed his helmet, and when he admitted as such, she stated that he’d violated the creed of the religion.

Mandalorians can redeem themselves, but can only do so by going to the waters beneath the mines of Mandalore itself. However, these are destroyed. The trailer appears to show Mando visiting this location – and he has a big quest ahead of him.

Mando has a brand new ship, courtesy of Peli Moto. Whilst it’s not a direct replacement of the now destroyed Razer Crest, it’s arguably better – an old N-1 starfighter. Whilst out on the test flight, Mando attracted the attention of Captain Carson Teva and Lieutenant Reed and had to speed off to avoid any questions. We can probably expect to see this duo again.

The Book of Boba Fett post-credits scene revealed that Cobb Vanth wasn’t killed by Cad Bane after all – he’s healing up in the Bacta Tank. So, we could see Mando’s old friend make another appearance next season.

Finally, we still have the Imperial forces to deal with. Gideon may be captured for now, but he’s not dead yet. Stragglers of the Empire are still alive within the galaxy, and this show looks to be setting up for how the First Order came to be. The cloning and experimentations with Grogu’s blood seem to be hinting towards how Snoke was created – but it could be something else entirely.

Thanks to Ahsoka, we also know that Grand Admiral Thrawn is knocking about somewhere in the galaxy, so he could be the next big bad on the list.