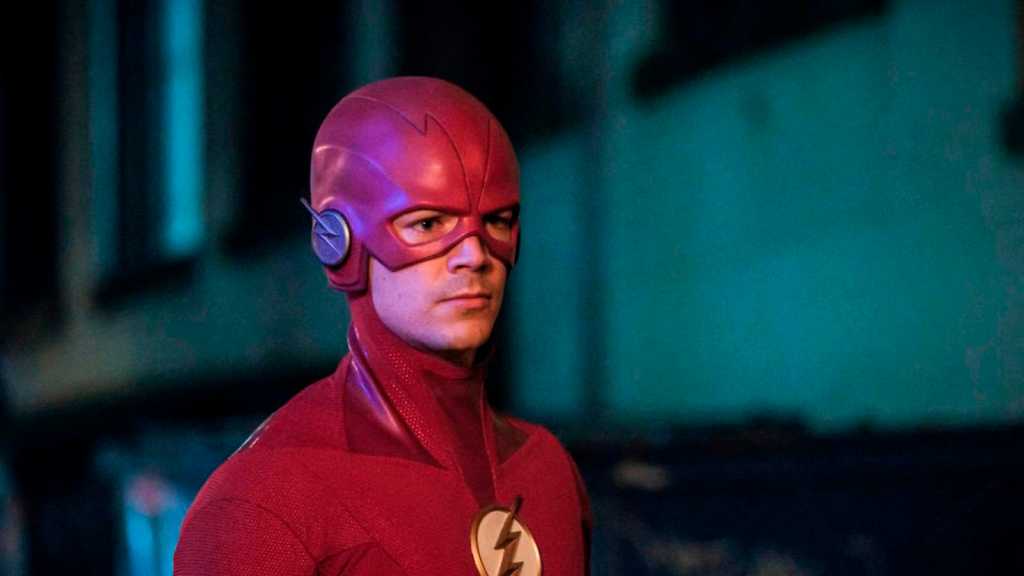 Barry Allen will be speeding back on to our screens very soon as The Flash. If you’re looking to be up to date with the latest episodes, here’s how to watch The Flash season 6 on TV or online. Keep up with more of the DC Universe by taking a look at our news for season 5 of Supergirl.

When does The Flash season 6 return?

The Flash season 6 will return from hiatus on Tuesday 21 April on The CW. In the UK, The Flash is about eight episodes behind the US – but there is a way to watch all the latest episodes from outside of the US.

How to watch The Flash in the UK

If you’d like to stay up-to-date with the US folk, then we recommend investing in a VPN and watching catch-up on The CW website. Here’s how you can watch The CW from the UK.

If you’d prefer to watch on UK time, then season 6 has now kicked off and is available on Sky and Now TV. If you’re not already a Sky (channel 106) or Virgin Media (channel 109/110) customer, Now TV’s £8.99 per month Entertainment deal is the best way to pick up Sky One broadcasts.

There’s a 14-day free trial, so you don’t have to spend a penny to start watching The Flash, and you can cancel your rolling monthly subscription at any time.

If you don’t have a LG or Samsung smart TV on which to download the Now TV app, it is also available on a Now TV Smart Stick, Roku box, Chromecast, YouView, EETV, Apple TV, PlayStation or Xbox, or you can watch on your phone, tablet or laptop with support for Android, iOS and Windows.

As well as access to Sky One and 250 TV boxsets you’ll be able to watch Sky Atlantic and Fox UK, which will offer access to hit programmes such as The Walking Dead and Game of Thrones when they next screen. Other channels included in the package are SyFy, Sky Witness, MTV, Gold, Comedy Central, Sky Arts, Discovery and Nat Geo Wild.

An alternative is to watch The Flash on YouTube, where single episodes cost £1.99 and you can get a full season for £20.99.

Team Flash were jointed by some new allies and were able to put an end to the Enlightenment and save the city again. This season also introduced us to Nora West-Allen, the daughter of Barry and Iris from the future following making a “big mistake”. We eventually learnt that she was fraternising with the enemy, causing a lot of internal conflict for Barry. In the final showdown against Reverse-Flash, Nora was erased from time and the date of the crisis in the future newspaper changes from 2024 to 2019.

Pulled from the speed force six months after the final showdown of season 3, Barry is struggling to readjust to a new world in which Iris has taken centre stage in leading Team Flash. It’s every bride’s nightmare as things don’t go at all to plan on Barry and Iris’ wedding day, and their happiness is well and truly short-lived when Barry finds himself on trial for the ‘murder’ of Devoe. With the lives of 12 ‘bus metas’ at stake, Team Flash – now with Ralph Dibney on board – struggle to outwit The Thinker.

Barry’s being taught a valuable life lesson in season 3: you don’t mess around with the speed force. It’s all about cause and consequence as he learns the devastating impact some of his actions have had on his closest friends, including love of his life Iris West, who is now in mortal danger. Caitlin is increasingly drawn into Killer Frost, while Cisco struggles to forgive his former best friend. And all the while new bad guys Alchemy and Savitar are looming menacingly.

With the Reverse-Flash apparently out of the picture there’s room for an even badder speed demon to come on the scene. Season 2 introduces Zoom, a speedster dwelling on Earth-2. The Flash gets a shock as he meets Earth-2’s versions of his friends, including Iris, Joe and Caitlin, yet he finds a new comrade in Wally.

The first season of The Flash sees Barry Allen come to terms with his newfound need for speed, quickly realising he can use his powers for good. At first he tackles a new meta-human villain in each episode, but an overall story arc forms as we are introduced to Dr Wells and the Reverse-Flash. There’s an early cross over with DC’s Arrow, which we see repeated in further seasons and later extends to Supergirl and Legends of Tomorrow.