New World was just a whisper among rumours for a good few years before it was finally shown off at Gamescom 2018.

While we played it at Gamescom and you can read our impressions here, we are a little surprised to see an Alpha test start this early – but also very glad that the game is coming along in such an impressive way.

As of today, 20 September 2018, invites to join the New World Alpha have been sent out in waves and will look a little something like this. 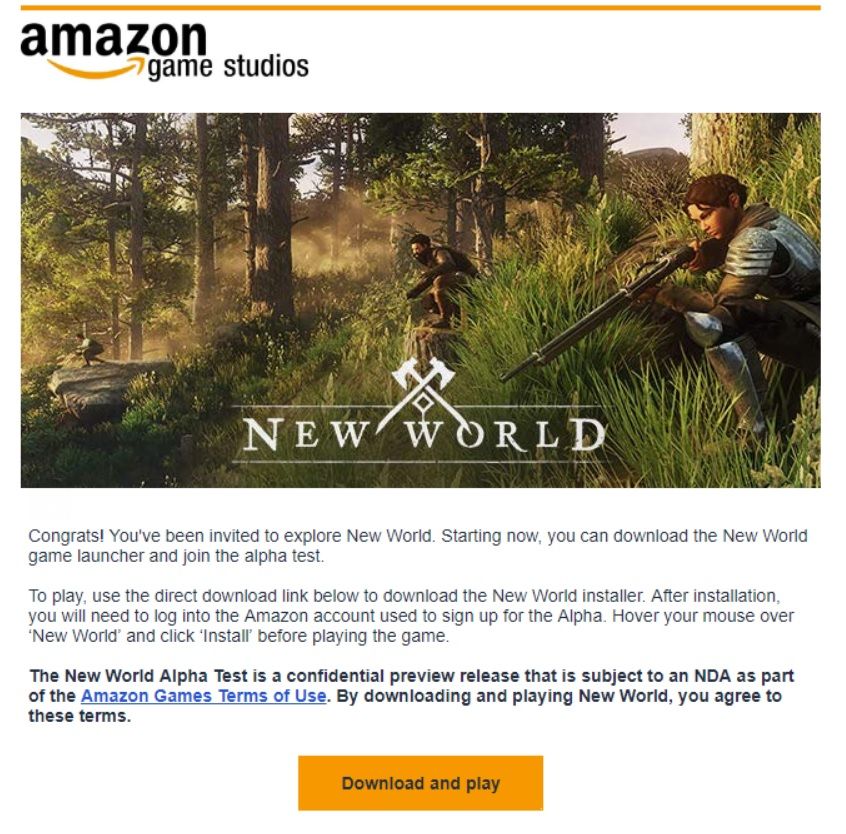 The gives us a more solid idea of a timeline for the potential release of the game. Initially we thought it was going to be two years away, at the very least – but considering Alpha tests starting to go out to members of the public already and the scale of Amazon’s operation, I’d be surprised if we don’t see a finished product before the end of 2020.

We will be keeping a close eye on the development of New World, so make sure to check back here for all the latest news.