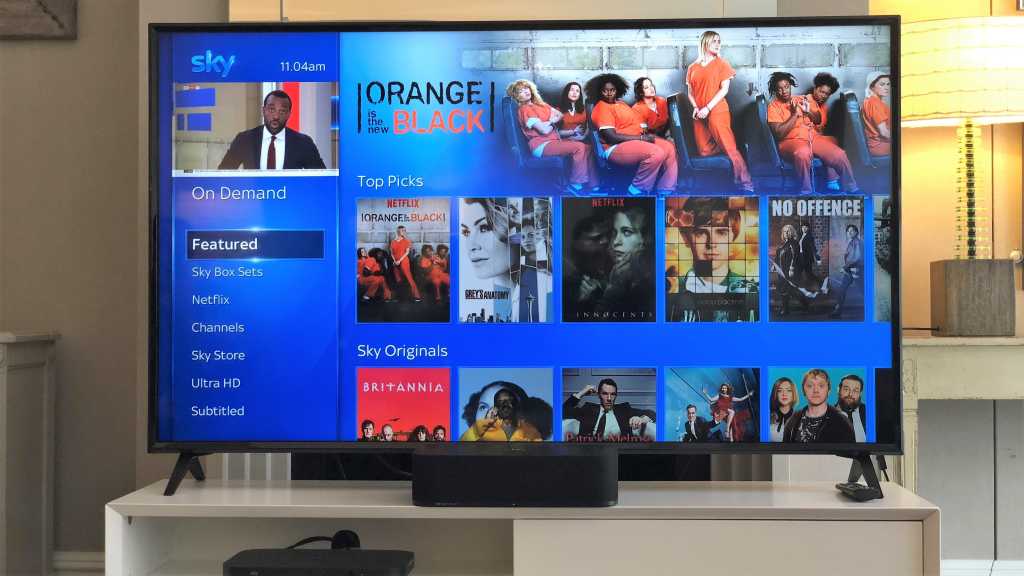 Getting Netflix on Sky Q or the Sky Glass TV is relatively simple and you’ll get full interface integration meaning you can browse Sky and Netflix content together, as well as use Sky search to find things to watch.

Not only does it mean your Sky and Netflix billing are neatly tied together, but you’ll also save money compared to paying for them separately.

How much does Netflix cost on Sky Q?

At the time of writing, you’ll need to pay £26 per month (pm) for Sky TV with Netflix included. It’s called Sky TV Ultimate and the offer requires installation costing £20 and an 18-month contract.

To break it down, Sky Signature is your basic TV package with over 300 channels. It’s normally £33pm but is available for £22pm for the length of the contract. Then Ultimate TV Add On for £4pm (normally £6pm) is your Netflix subscription.

Other package deals are available if you want to include things like Sky Cinema or Sky Sports – these are £38pm and £46pm respectively.

Sky’s installation fee is normally £199 so you’re saving £179 if you don’t have Sky already. 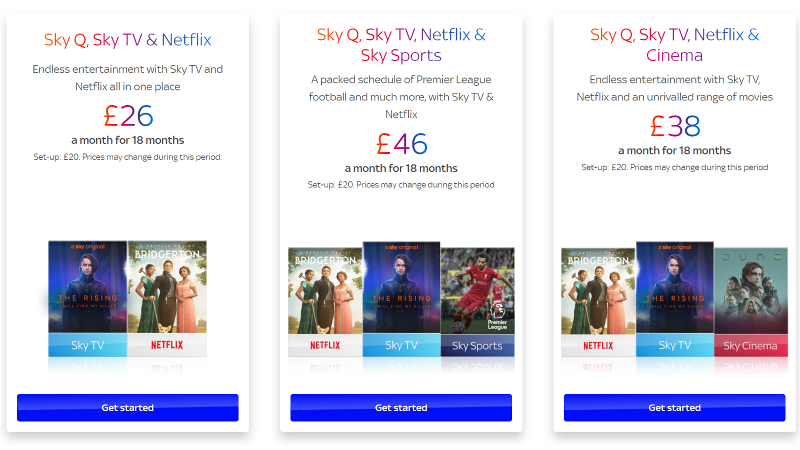 Can I get Netflix on Sky Glass?

Since Sky launched its own TV that doesn’t need a satellite dish, you don’t have to get Sky via the traditional Sky Q set-top box.

Netflix is available on Sky Glass with prices starting at £39pm – that’s £13pm for the TV and the same £26 mentioned above for Sky Ultimate TV. 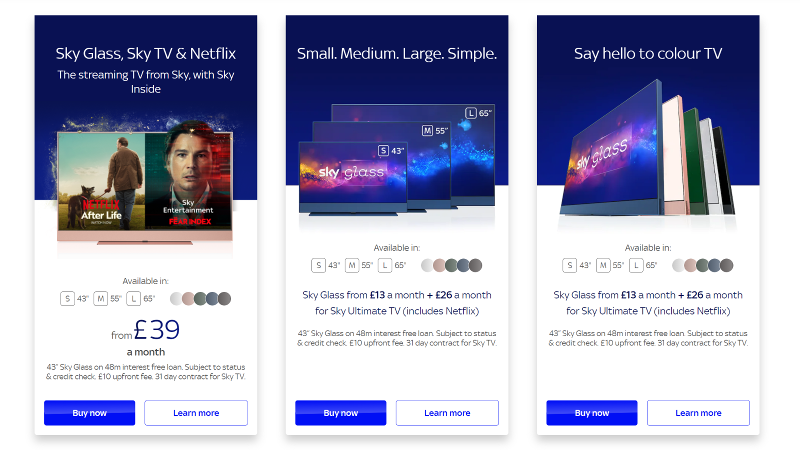 Can I watch Netflix in Ultra HD on Sky Q & Glass?

Sky Ultimate TV or Ultimate TV Add On gets you Netflix Basic. This offers unlimited streams and downloads across the full range of Netflix series, films and shows on one device.

If you want Netflix Standard for HD quality on two devices, you need the Sky HD pack. It’s £8pm extra on a 31-day rolling contract and also gets you more than 40 live HD channels.

Upgrading to the Sky UHD pack gets you Netflix Premium meaning you can watch in Ultra HD and on four devices. It’s £12pm extra.

Find out how to get HDR on Sky Q.

How does billing work with Netflix on Sky?

If you already have a Netflix subscription, then you’ll simply need to log in on Sky with your existing details.

Sky will then contact Netflix and do all the paperwork so you’ll start paying for Netflix via your Sky bill. Sky says you will save money compared to getting your subscriptions separately. 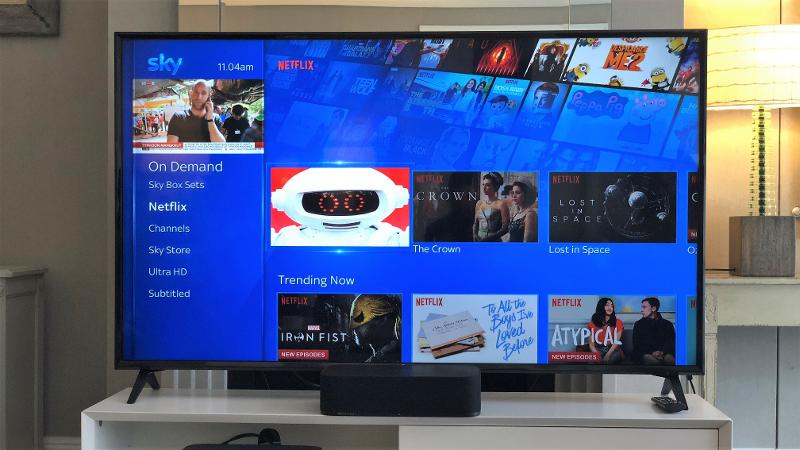 How to use Netflix on Sky Q

In its simplest form, you can just load the Netflix app within the Sky Q interface and use it like you would on any other device. You can load the app with Sky’s voice search and use it to voice search within Netflix.

Integration means that you’ll also see and be able to access Netflix content from around the Sky Q interface. So you’ll see Netflix shows like The Crown alongside Sky content on the Home screen as well as other areas like On Demand (above).

What if I have Sky Box Sets?

You can keep your current package but you can’t sign up for a new Netflix account as part of the subscription. You also can’t benefit from the combined billing. However, you can still sign into and use an existing Netflix account on your Sky Q box.

Will I keep my Netflix profile on Sky Q?

Yes. If you already have a Netflix account, logging in will keep your account details including your personal profiles and all the shows you’re watching etc.

Sky says “Simply follow the link after placing your order and we’ll move it right away, and you won’t be billed twice.”

How do I activate Netflix on Sky Q?

You can activate Netflix on Sky Q via the user interface – simply open Netflix and follow the instructions – or do it online via www.sky.com/activatenetflix.

Can I watch Netflix on Sky apps?

In a word, no. You’ll just carry on using the Netflix app on devices like your phone and tablet. Sky Go remains separate.

Can I get Netflix on Sky+?

This is also a no, so you’ll need to upgrade to Sky Q or Sky Glass to get Netflix.