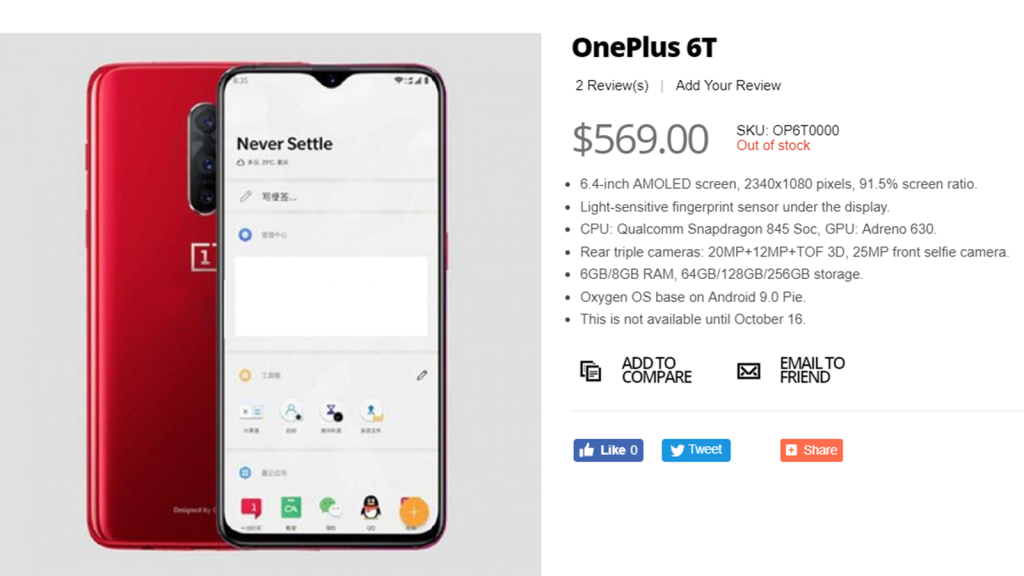 With the OnePlus 6T not expected to launch until 17 October, the details surrounding its spec, price and design should be need-to-know only.

But online retailer Giztop is already listing its product page for the OnePlus 6T, which it says won’t be available until 16 October.

It’s unclear whether the listing is based on rumours or if it knows something we don’t, but the spec is very much in line with what we anticipate, backing up earlier rumours such as that of an under-display fingerprint sensor.