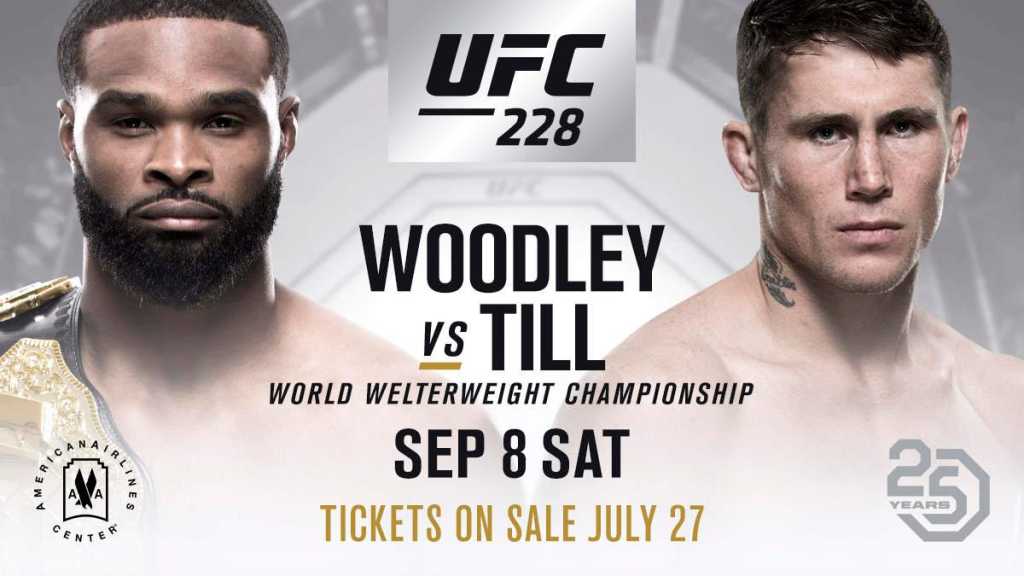 UFC 228 kicks off this weekend and sees the reigning champion Tyron Woodley take on the rising star of Darren Till for the welterweight title.

Tyron Woodley has defended his title against the likes of Robbie Lawler, Stephen Thompson and Demian Maia, and returns to the cage again this weekend to stand against the master striker Darren Till.

Darren till has fought his way to a title shot after defeating Stephen Thompson, one of the most technically gifted strikers to grace the sport.

The co-feature on the card will also see the inaugural women’s flyweight titleholder Nicco Montano’s take on Valentina Shevchenko.

What time does UFC 228: Woodley vs Till start?

The main card will kick off at 3 am BST (10 pm ET) on Saturday 8 September, depending on the length of the previous fights.

The event will be held at the American Airlines Center in Dallas, Texas.

The fight will be seen on pay-per-view on the UFC’s website and on BT Sport 2. Coverage of the event will start at 1 am BST on Sunday morning (8 pm ET on Saturday night).

You can sign up for a BT Sports package here, and order the pay-per-view on the UFC’s website here. You may need a VPN to pay for the pay-per-view service, so take a look at our guide on VPNs and our recommendations for the best VPN service to buy.