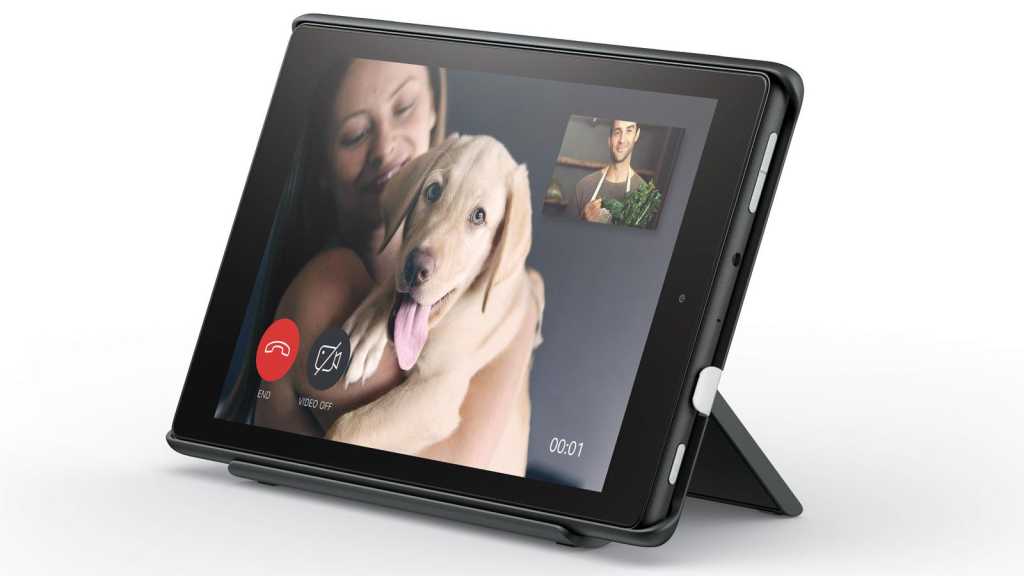 With the Show Mode Charging Dock, you can make your Fire HD 8 and HD 10 behave like an Echo Show. It’s ideal for video chats, karaoke, cooking and even weather forecasts.

The Show Mode Dock was released in the US a couple of months ago, but now it’s coming to the UK.

Put simply, it’s a kickstand for your Fire tablet which charges it and makes it more convenient to use hands-free.

In a software update coming out shortly, Show Mode will be added to UK Fire HD 8 and HD 10 tablets. It’s an interface designed to be viewed from a distance, and it looks exactly like the interface you’ll find on an Echo Show, and similar to the one you see on the smaller Echo Spot. 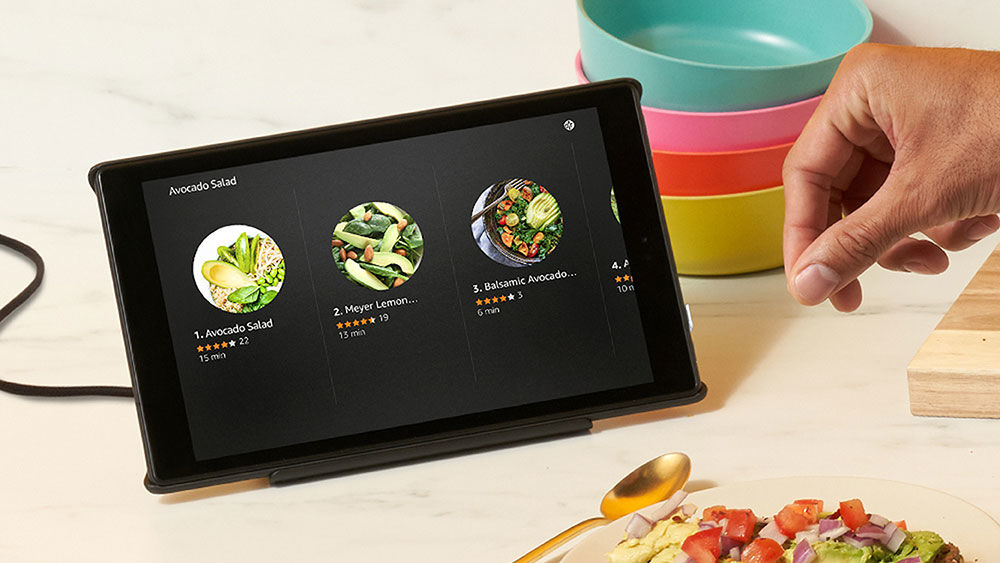 When is the Show Mode Dock UK release date?

Amazon hasn’t announced an exact date when it will launch in the UK, but it’s already available in the US.

It says it will go on sale “later this year”, and we’ll update this article when the actual date is announced. We expect it to be before the end of October.

How much does the Show Mode Dock cost?

As the Dock comes with a specific-fit case for your Fire tablet, it’s important to buy the model for your tablet.

If you don’t want to buy the Dock separately you can get it bundled with a Fire HD 8 for a £10 saving.

How does it work?

In the box is a mains charger and what Amazon calls a ‘cover’ for which clips over the back of your tablet. It has a USB connector which re-routes the power connector to two pins on the back. 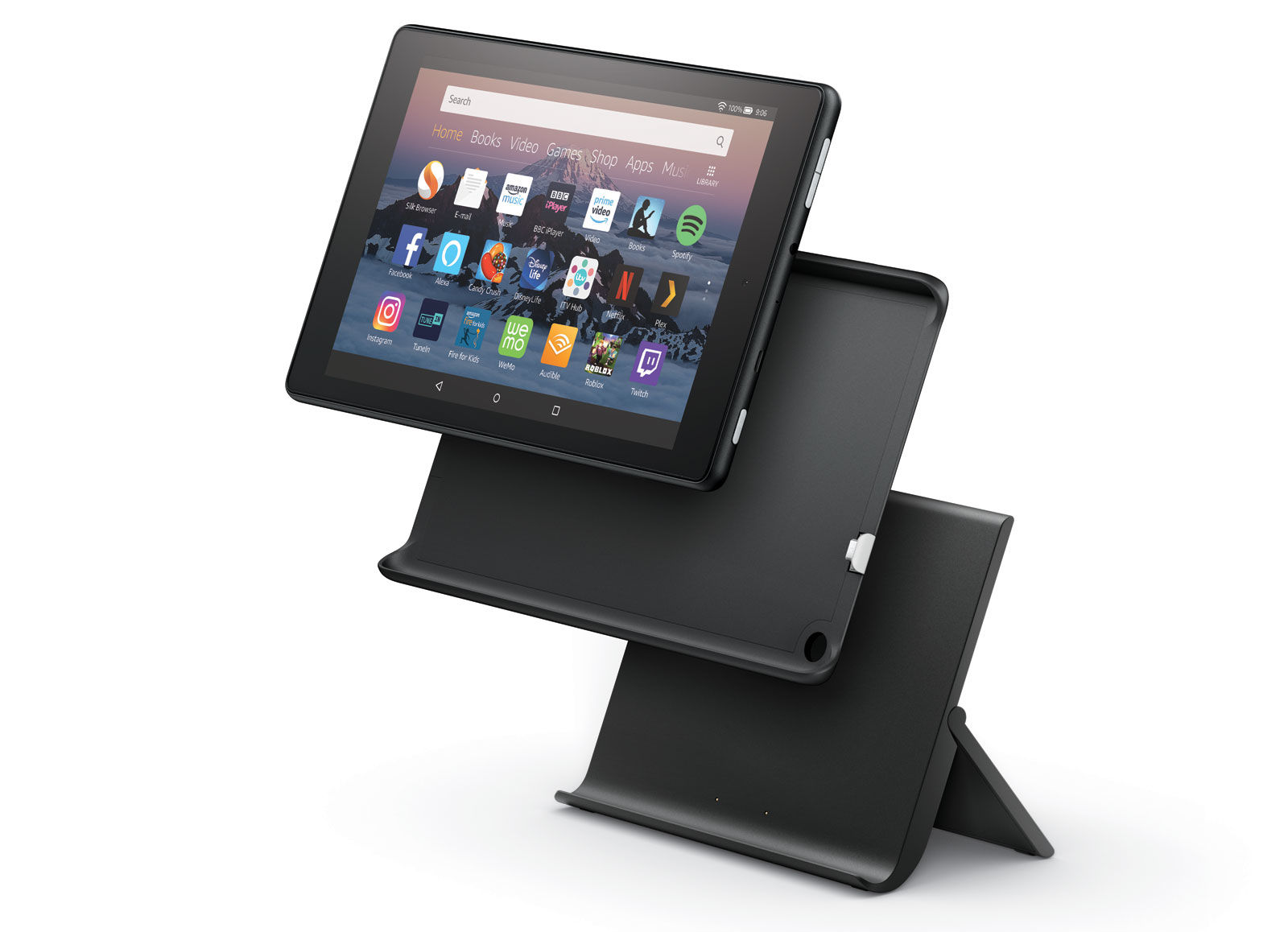 When you put the tablet in the Dock, magnets line up these pins with two more on the stand and automatically enables Show Mode.

When you ask Alexa a question, you’ll hear the usual audible response but will also see something on screen. Typically that will include more information or graphics which make it easier to understand. 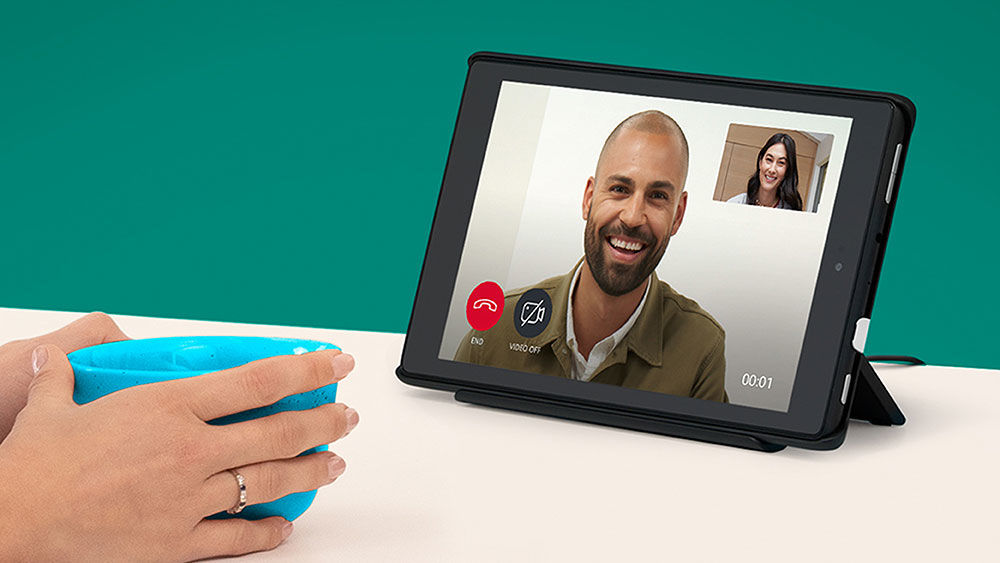 Naturally, it works best with Amazon’s services and native Alexa skills, so you can ask Alexa to “Play Tom Clancy’s Jack Ryan” and it will start streaming the first episode from Amazon Video.

Similarly, you can use it as a karaoke machine with Amazon Music, as many songs include lyrics which are highlighted at the right time.