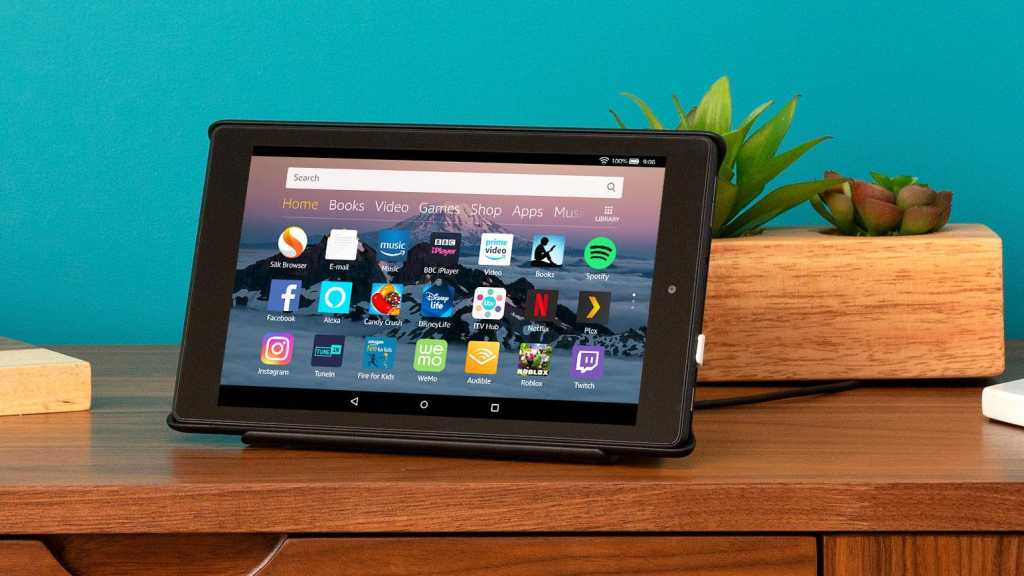 Alexa has been available on Amazon’s Fire tablets for some time, but only the 10-inch version has worked like an Amazon Echo and let you say, “Alexa, tell me a joke” without having to press a button first.

And now, hands-free Alexa is coming to the Fire HD 8, which has been updated for 2018. Here’s what’s new:

The new Fire HD 8 is available to pre-order right now from Amazon. The first orders will be delivered on 4 October.

You will also be able to buy it from Argos, Currys PC World, John Lewis, very.co.uk and littlewoods.com.

And as ever, it’s £10 more on those prices if you don’t want adverts on the lock screen.

Something new is the  Show Mode Charging Dock (see below for details). This has been available for a month or two in the US, but it’s brand new in the UK.

Colour options are the same as before: Black, Marine Blue, Punch Red, and Canary Yellow. 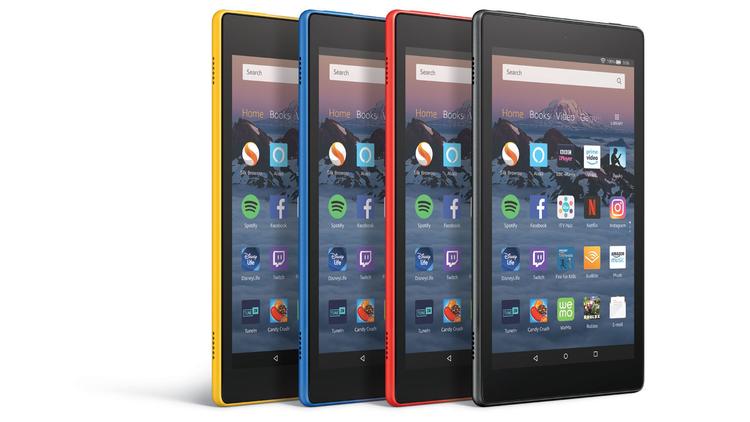 There’s no waiting for the kids’ version of the new tablet. This is also available to pre-order immediately, and will also ship on 4 October.

The bundle includes the 32GB version of the new Fire HD 8 plus these extras:

Amazon has updated the Fire For Kids interface to make it more intuitive and – soon – will add audiobooks so you no longer have to add them manually from your own Audible subscription. 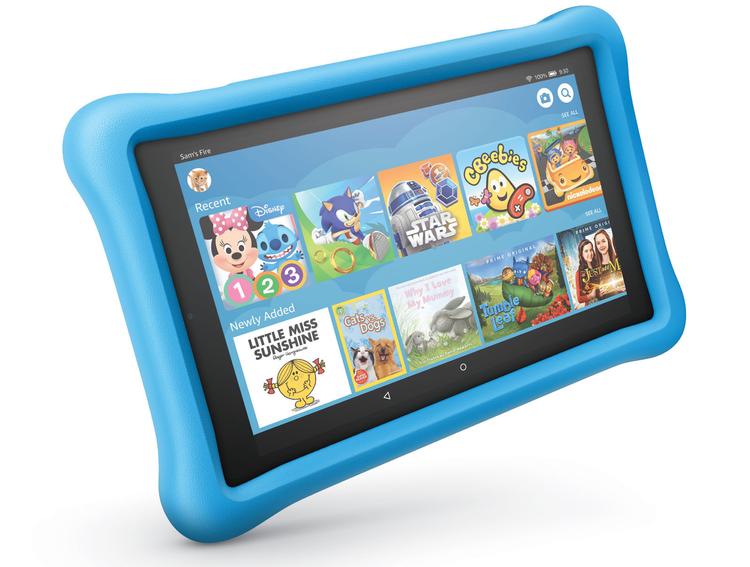 Amazon has taken the approach of not fixing what isn’t broken, so you won’t be able to spot a 2018 model from the 2017 version just by looking at it.

The changes are internal: a slightly more powerful processor allows Alexa to respond even if the screen is off (in standby mode) and unlike the 2017 model, hands-free Alexa works even if the tablet isn’t connected to its charger.

The only other upgrade is a better front camera, which Amazon says is because it knows users want to use their Fire tablet for video chats and the old 640×480-pixel camera wasn’t really up to scratch. The new one has a more sensible 1280×720 resolution.

If you have an Echo Show or Spot, you’ll already know what Show mode is all about. It adds visuals to Alexa’s responses, more often than not making them more useful.

For example, ask about today’s weather and you’ll see more details on screen, plus a forecast for the next few days. 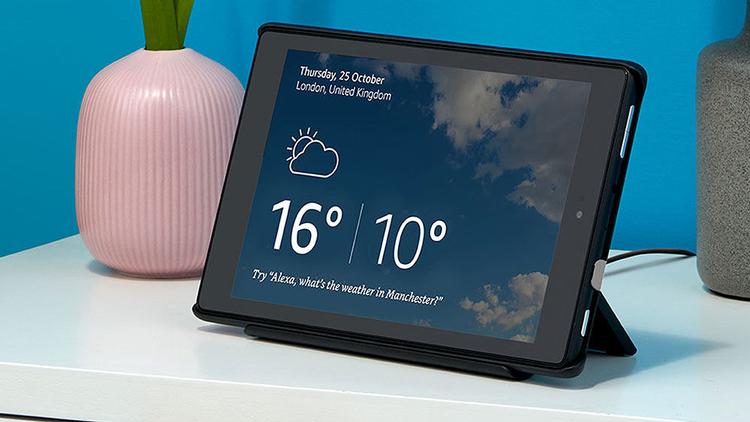 It comes in two parts. The Dock itself has an adjustable hinge so you can get the right angle and comes with a mains power adapter.

The other piece is a cover which clips onto the Fire tablet and plugs into its USB port so it can charge via the two pogo pins on the dock. Magnets align the tablet when you put it in the dock and Show Mode is switched on automatically when you do so. 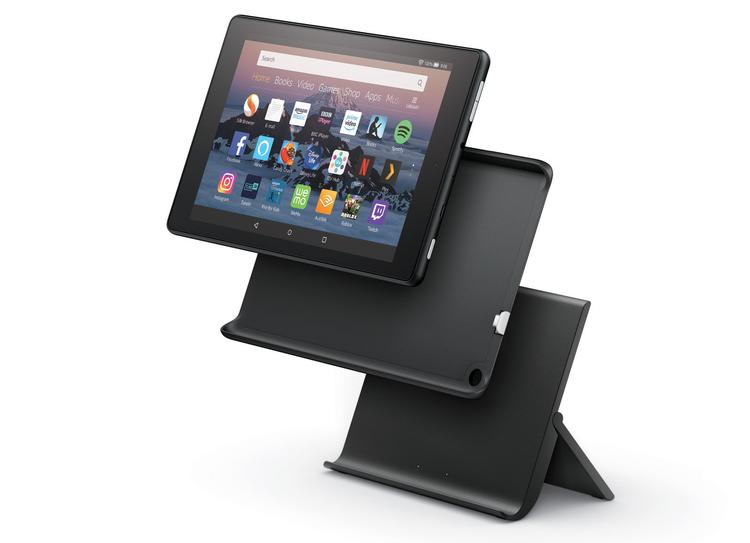 Show Mode is ideal for various things, from cooking a recipe in the kitchen to a spot of Karaoke in the living room: many of the tracks on Amazon Music have lyrics which are highlighted as the song plays.

In Show Mode you can use the ‘Drop-in’ feature to start a video call with a friend or family member with a compatible Amazon device, be that an Echo Show, Spot or another Fire tablet.

You can also ask Alexa to play titles from Amazon Video (you need to be a Prime subscriber to access this, though), and the Dock is a useful way to prop up the tablet for watching videos and keeping the battery topped up.

We’ll bring you a full review of the HD 8 shortly.