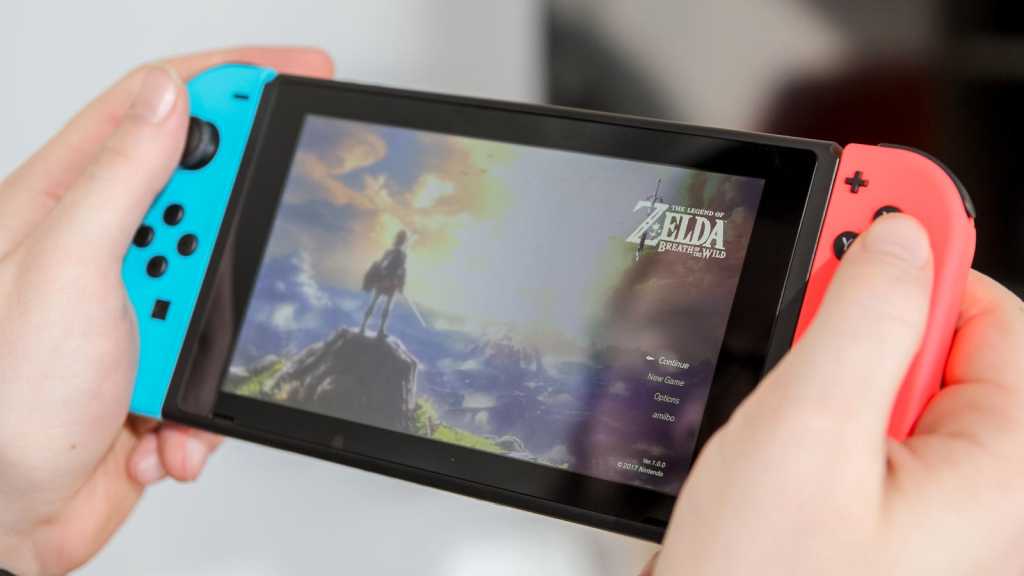 By all accounts, the Nintendo Switch has been a huge success; since the 2017 launch, the console has sold like hot cakes and with a strong roster of games including the upcoming Pokémon Let’s Go Pikachu & Super Smash Bros. Ultimate, it’s not set to slow down any time soon.

That doesn’t mean the console is flawless; like all technology, the Nintendo Switch is susceptible to the occasional crash, leaving it completely unresponsive. What are you to do in this situation?

It’s called a force restart (or hard restart) and while it doesn’t come without risk, sometimes it’s the only thing left to do. We explain all you need to know about force restarting the Nintendo Switch, including the process, the risks and other fixes to try first.

Are there risks to force restarting the Nintendo Switch?

Before we explain just how to force restart the Nintendo Switch, we thought we’d first explain the risks associated with it as, unlike with a standard restart, there are things that could potentially go wrong. It’s the same with any piece of tech; an unexpected shutdown and restart can cause issues as the hardware can’t prepare for shutdown like it usually would. But hey, sometimes it’s necessary!

The first issue with force restarting the Nintendo Switch is the potential to corrupt your data; not only save data, but app data in general. This is especially true if you’re in-game and the entire console crashes (not just the game), as the game could’ve been writing save data, and interrupting the process can make the data useless.

What makes this worse is the fact that Nintendo offers no ability to back up your save data, either via the cloud or locally, so if this does happen, you’ve got no way to retrieve the data.

The bigger issue, though much rarer, is the blue screen of death – and no, we’re not talking about Windows 10.

Force restarting your Nintendo Switch could corrupt the entire Switch operating system, turning the hybrid console into a £300 paperweight displaying nothing but an off shade of blue. There’s nothing that you can do to fix it yourself, although you can contact Nintendo and get the company to reset the console for you.

How to force restart the Nintendo Switch

Though it’s risky, sometimes a force restart is necessary – especially if the entire Switch operating system has become unresponsive, rather than a simple game crash. The good news is that it’s fairly easy to force restart the Switch, and should take no more than 20 seconds.

If your console is completely unresponsive, press and hold the Power button at the top of the console for 15 seconds. After 15 seconds, the screen should go dark and then reboot, displaying the Nintendo logo and following the usual boot process. The console should now boot up properly, bringing your once frozen Nintendo Switch back to working order!

Can I unfreeze the Nintendo Switch any other way?

Force restarting the Nintendo Switch is the nuclear option, and should be considered a last resort. Before force restarting your Nintendo Switch, there are several potential fixes you should try. The fixes should get you back on track without having to risk the integrity of the operating system and your save data.

Put your Switch in the dock

The first port of call when your Nintendo Switch becomes unresponsive is to put it back into its’ dock. The process of docking and undocking your Nintendo Switch interrupts just about everything happening on the console, and while you’ll barely notice it when switching from TV to handheld, there’s a brief stutter when the console makes the switch.

The process of undocking or re-docking your Nintendo Switch should be enough to kick it back into life – assuming the issue isn’t too widespread. If you find your console is still unresponsive, it’s time to move on to the next potential fix.

Home button to the rescue

There’s always the possibility that it’s the game that has frozen, and not the Nintendo Switch itself – a situation that is easily rectified without restarting the console.

If the game has become unresponsive, press the Home button. If you go back to the main menu, it’s the game that is the issue; if this is the case, simply press + with the game selected to force close it (you might lose some game save data depending on when you saved last) and then select it to carry on with your gaming session.