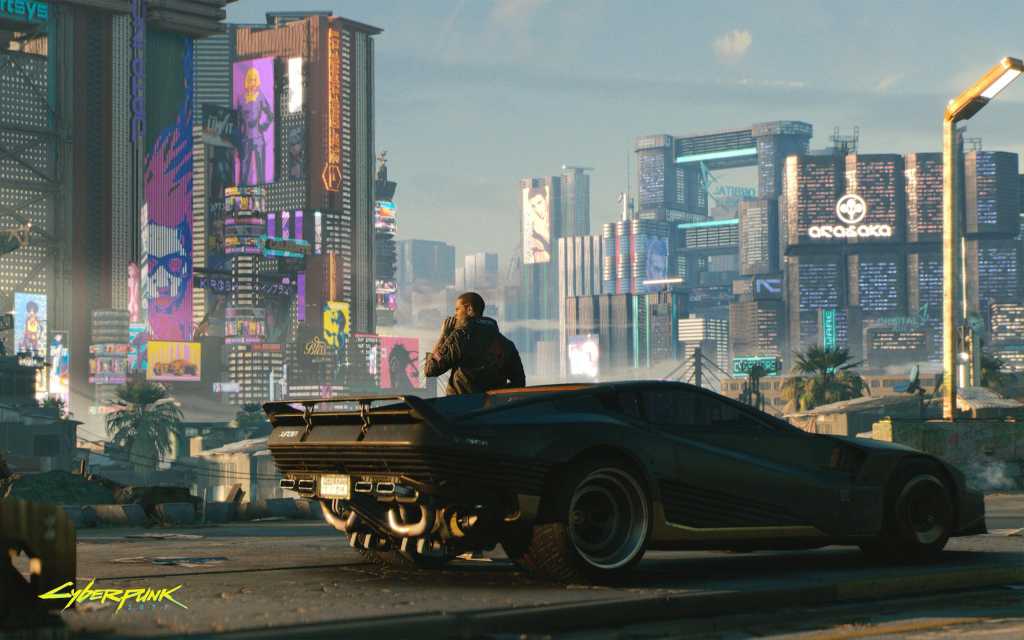 While some select members of the press have seen this demo behind closed doors at both E3 and Gamecom 2018, this is the first time that the game has been shown off to the wider public.

Our own Dominic Preston has taken a look at Cyberpunk 2077 in person and you can check out his preview here.

Cyberpunk 2077 is set in the dystopian not-so-far future and follows the adventures of the game’s protagonist V and his/her actions around Night City. Technology and weaponry meets with crime and politics between the sky scrapers and slums of this fictional northern Californian city state. The player will eventually be let loose in this world, but only when it’s ready as we don’t have a concrete release date as of yet.

Make sure to check our general Cyberpunk 2077 article for all the latest information.

The demo shows off the game’s shooting mechanics and then goes onto explore the atmosphere and tone of the game which is unmistakably adult. Cyberpunk 2077 remains one of the most anticipated games currently in development, and CD Projekt RED have approached the mythical status of game development held only by giants such as Rockstar and Blizzard thanks to the massive success of their last game The Witcher 3: Wild Hunt.

Regardless of how you feel about video games, watching this video gives you a real sense of the artistry and imagination required to make such an immersive virtual world. We, and many other people around the world, are very excited for Cyberpunk 2077 to hit our screens at some point in the next few years.