Though livestreaming games is the bread-and-butter of what Twitch does, the company – and the community – often come up with new and creative ways to use the platform. One such event was TwitchPlaysPokemon, which saw over 100,000 Twitch members collectively play through various Pokémon games together. There’s just something about Pokémon that brings people together, right?

That’s a sentiment seemingly shared by Twitch, who has announced a mammoth Pokémon Marathon in partnership with The Pokémon Company set to begin in August 2018 and carry on way into 2019. And, in true Twitch fashion, the company is launching an exclusive overlay that’ll let you collect points as you watch.

We’ve got everything you need to know about the Pokémon marathon on Twitch, from the start date to details about Pokémon Badge Collector.

When will Twitch livestream Pokémon?

As revealed in August, Twitch is set to begin the mammoth Pokémon marathon later this month, on 27 August 2018 at 6pm BST for those in the UK. Though it’s being streamed in English on the TwitchPresents channel, it’s also being dubbed in French, German, Spanish, Italian and Brazilian Portuguese for international viewers.

The marathon will kick off where it all began, with season 1 of Pokémon: Indigo League. The first series is where many fell in love with the hit 90s franchise, and provides the opportunity for fans new and old to enjoy the origins of the fantasy world of Pokémon.

It’s not just a single night of Pokémon though; with 19 series (totalling 932 episodes) and 16 movies to get through, the marathon is set to carry on through the rest of 2018 and well into 2019.

What isn’t clear is how many episodes will be aired during each marathon, and if it’ll always be at the same time. We’ve reached out to Twitch, and will be sure to update this section when we know more information. 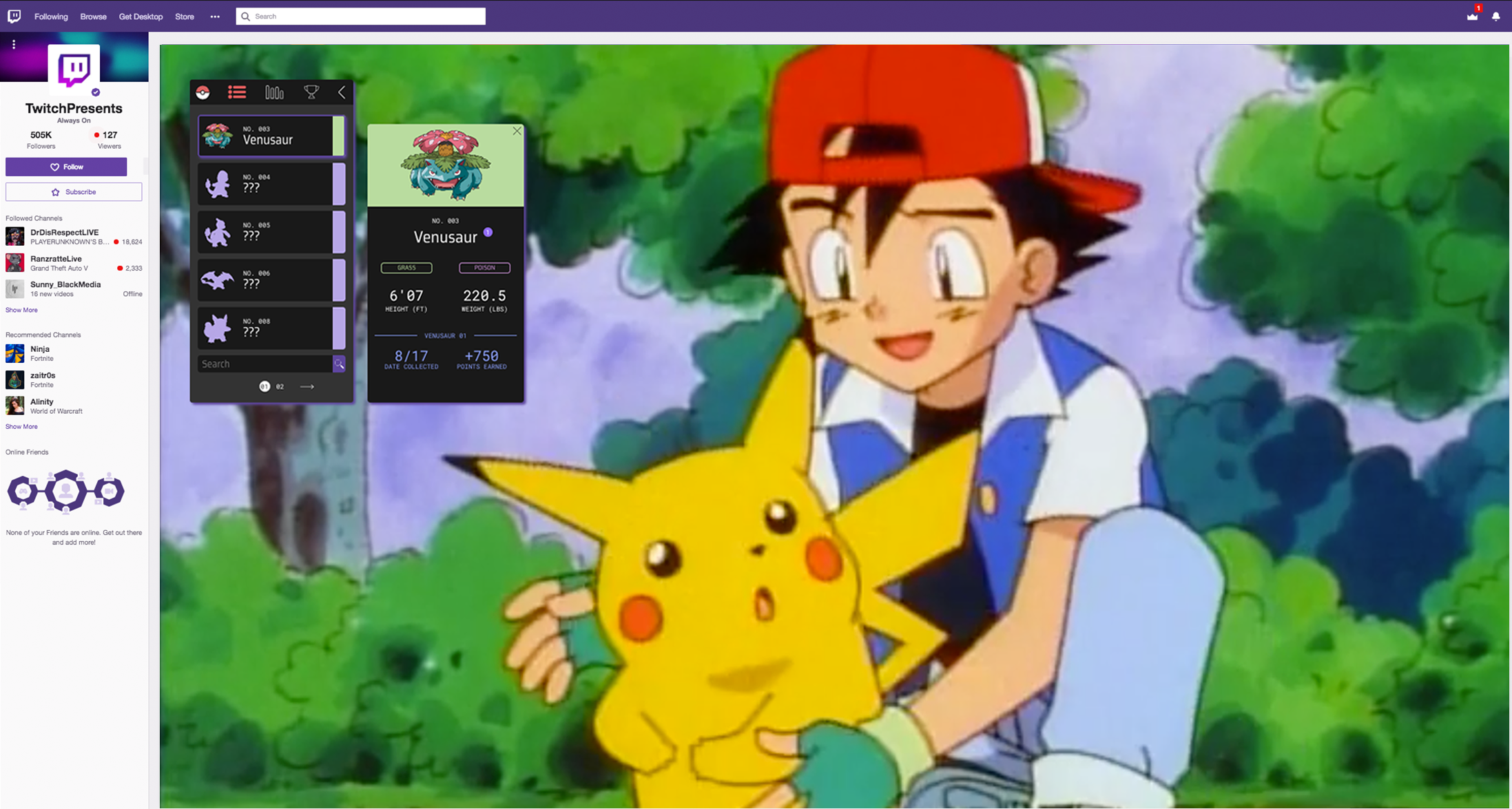 What are Virtual Badges?

With Twitch being Twitch, it isn’t simply a matter of watching the Pokémon Marathon. Twitch is famed for the engagement it provides viewers, and the marathon is no different – in fact, the company is introducing an exclusive Extensions overlay to accompany the stream.

The overlay is called Twitch Presents: Pokémon Badge Collector, and encourages viewers to ‘collect’ virtual Pokémon badges that appear on-screen for points. The points are linked to your Twitch account and are shared on a leaderboard, live for the entirety of the Pokémon Marathon.

If you think badges are specific to episodes where Gym battles take place, think again. Pokémon Badges will pop-up on-screen throughout the marathon, allowing you to interact with the stream and compete with your friends as well as enjoy the nostalgia of Pokémon!

Though there’s no official word from Twitch, we wouldn’t be surprised if the person at the top of the leaderboard at the end of the marathon wins a special Pokémon-themed prize. We can hope, anyway! 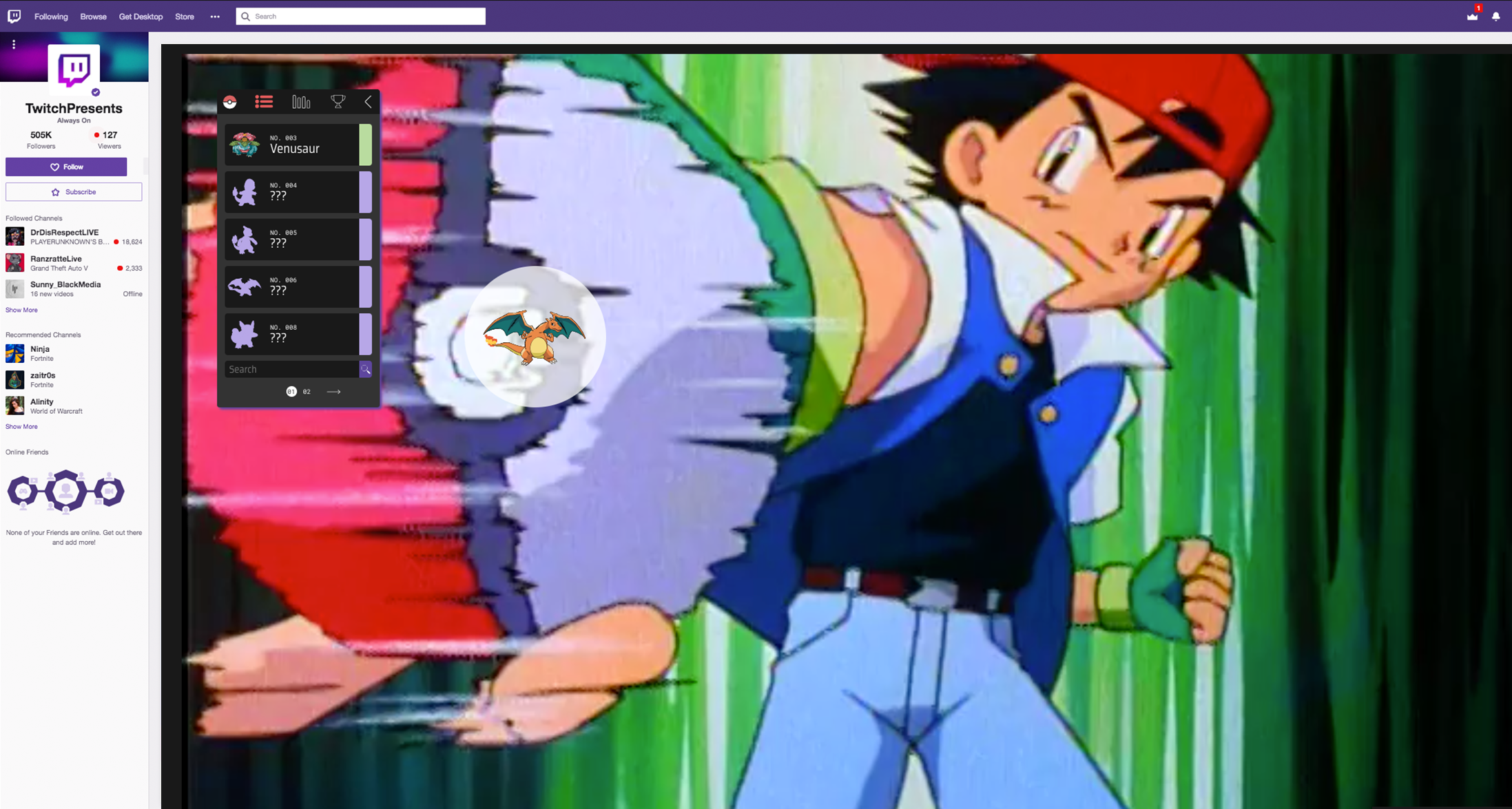 What movies and series are being shown?

While the marathon starts with Pokémon: The Indigo League, there’s much more on offer over the coming weeks and months. Prepare yourselves for this long Poké-tastic list:

For the full Pokémon Marathon schedule, head over to the Twitch Presents website.

If all this talk of Twitch has got you in the mood to start livestreaming your games, check out our list of the best game recording and streaming software for PC to get started.