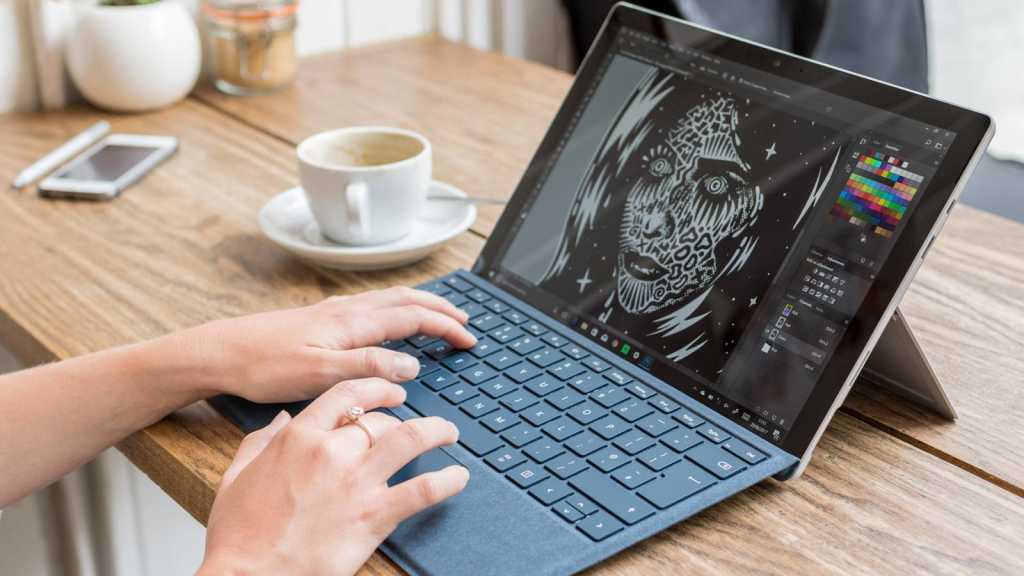 Amazon is launching its massive Bank Holiday Sale with with a whopping £300 off the silver 12.3-inch Microsoft Surface Pro, 2017 model. It’s a 2-in-1 laptop tablet with 4GB RAM, 128GB storage and an Intel Core m3 processor. This brings the price down to £649.99 until 29th August, midnight.

The deal includes a type cover, which usually retails for £124.99 when bought directly from Microsoft. Keep in mind the deal does not include the additional Surface Pen ( £99.99 from the Microsoft Store).

We were so impressed with the Surface Pro we gave it 4 stars out of 5. A great upgrade from the Surface Pro 4, it features a strong, sophisticated build with soft angles and rounded corners. It’s comfortable to use with a hinge that allows you to tilt back the screen 165 degrees, fifteen degrees more than the previous version.

The Pro is also supremely quiet with a fanless cooling system. In terms of ports, it comes with a full-size USB 3, mini-DP for videou output and a 3.5mm headphone jack. You’ll find the microSD slot under the kickstand.

In our review, we loved the on-screen contrast on the Surface Pro. The rich blacks reminded us of an OLED screen though the Pro uses an IPS panel. Colours were outstanding as well, and can display 100 percent of the sRGB standard. The Surface Pro is compatible with the Surface Dial and Surface Pen (note, neither are included in this deal).

Our greatest criticism for the previous model was the low battery life, and though we reviewed a more advanced Core i7 model, we still found the battery ran for only 10 hours instead of the promised 13.5 hours. The same could be true for this Core m3 model on offer, which also promises 13.5 hours of battery life, but we cannot say for certain as we haven’t tested this particular version.

Our other concern was the high price point, as typically the Pro does not include the Type Cover, which must be bought separately. Microsoft now offers its Pro laptops with keyboard bundles, starting at £749 for this base model, but that still makes Amazon’s deal an excellent bargain if you’re in the market for a new 2-in-1 laptop.

You can also save over £170 on other Microsoft Surface Laptops (note, these are not Pro models). Offers end 29th August, midnight: