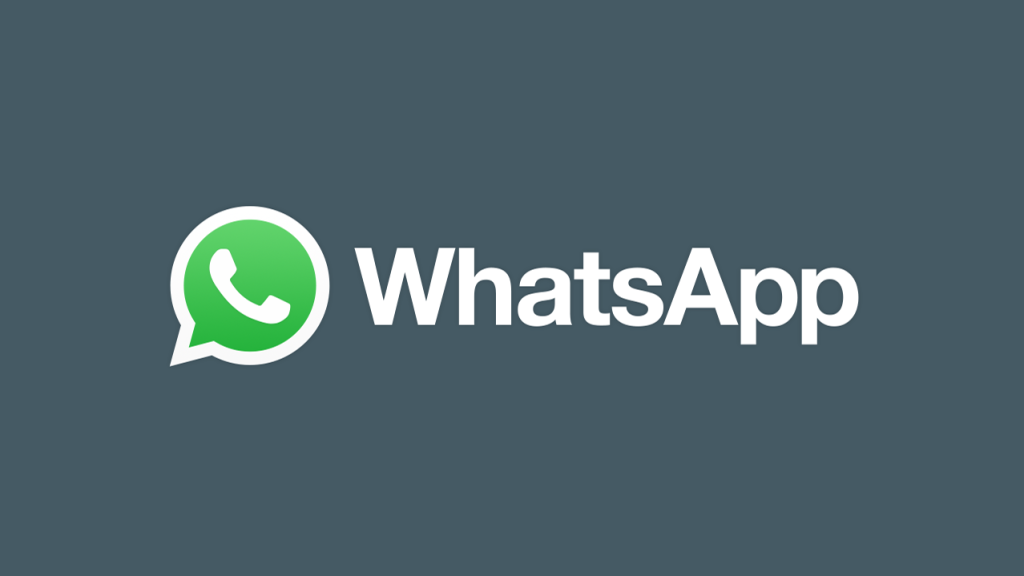 Since its initial release back in 2009, WhatsApp has gone on to become one of the most popular ways for people to keep in touch. The app now has over 1 billion users, spread across 180 countries, and proved tempting enough for Facebook to pay the best part of $20billion to buy it in 2014.

If you’re a regular user of the service, then there is a chance that at some point you’ve come across someone that you’d rather not hear from again. But, how do you stop them sending you messages and calling? We show you the easy way to block someone.

How do you use the block feature in Whatsapp?

There are no complex hoops to jump through when it comes to silencing annoying voices on WhatsApp, due to the fact that the developers have included a built-in block feature. The steps are slightly different on iOS and Android, but both achieve the same goal in a matter of seconds.

Open WhatsApp and tap on the Settings option in the bottom right of the screen. Select Account > Privacy > Blocked, and you’ll be presented with a list of any contacts you’ve already banned. 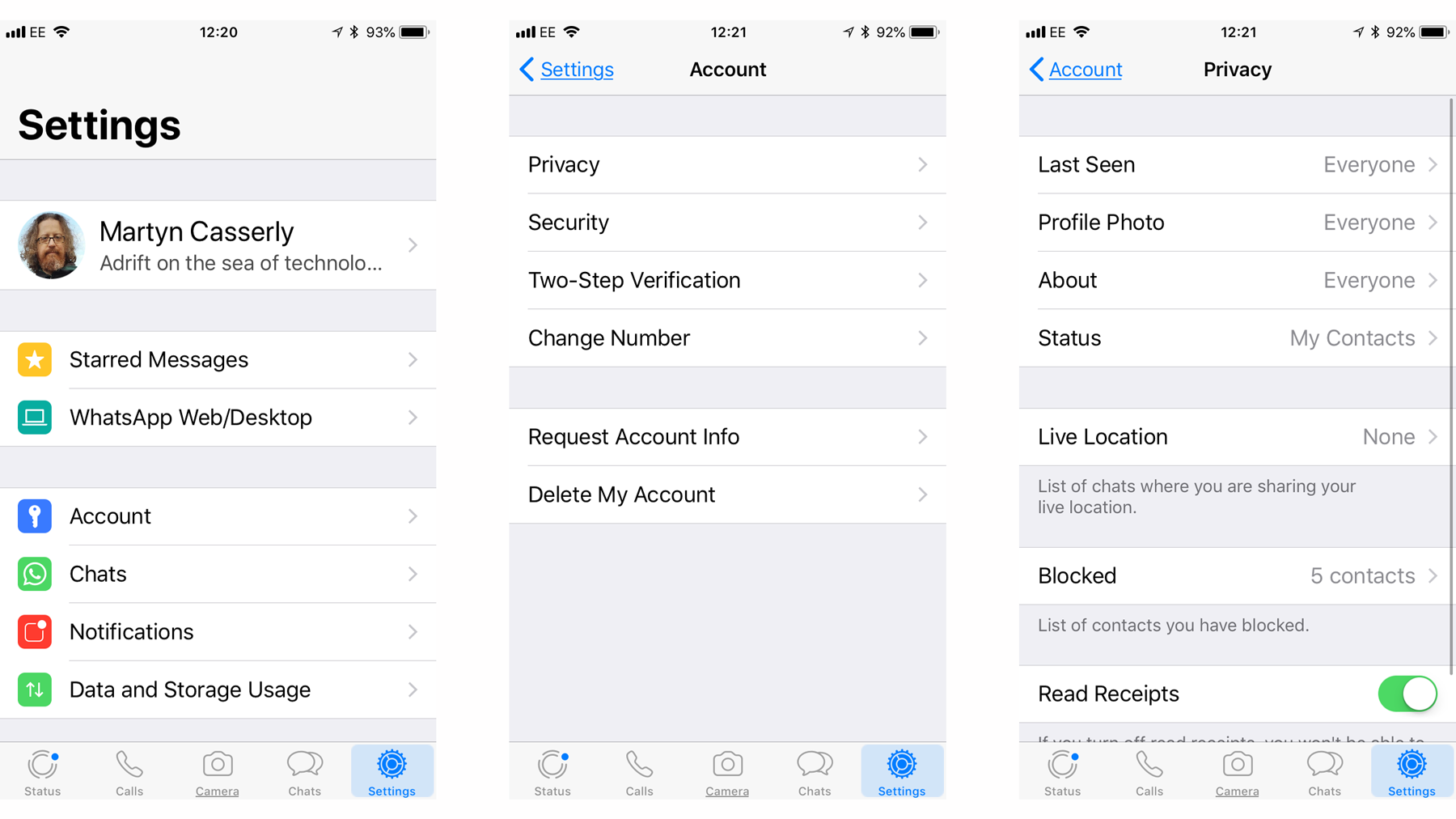 To bolster the collection, tap the Add New… option. 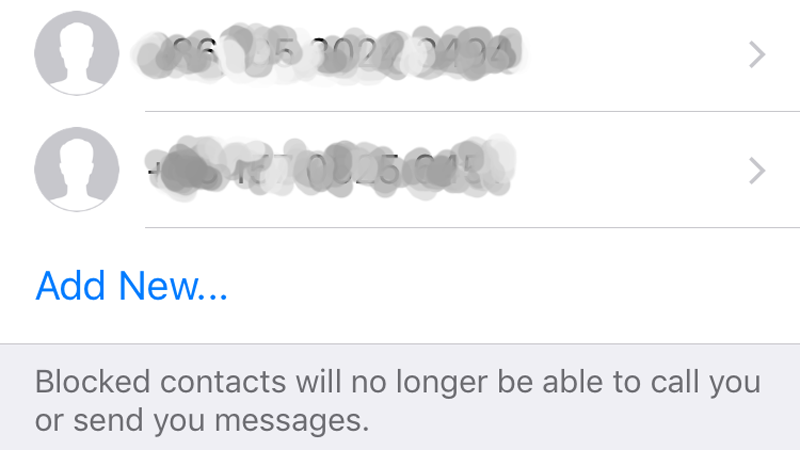 You’ll now see your current WhatsApp contact list. Scroll through until you find the person you want to remove from future conversations, tap on their entry, and you’ll see that they are now officially on your Blocked Contacts list.

Should you want to restore them to full privileges then all you need to do is follow the steps above, but when you reach the Blocked Contacts list simply tap on the person in question then select the Unblock Contact option.

Open WhatsApp, then tap on the three dots icon in the top right corner. From the menu that appears select Settings>Account>Privacy>Blocked Contacts.

You’ll now see a list of any people whose activities you’ve already curtailed. To consign another annoying voice to oblivion, tap on the icon in the top right corner that has the silhouette of a person with a plus sign to the left of them. 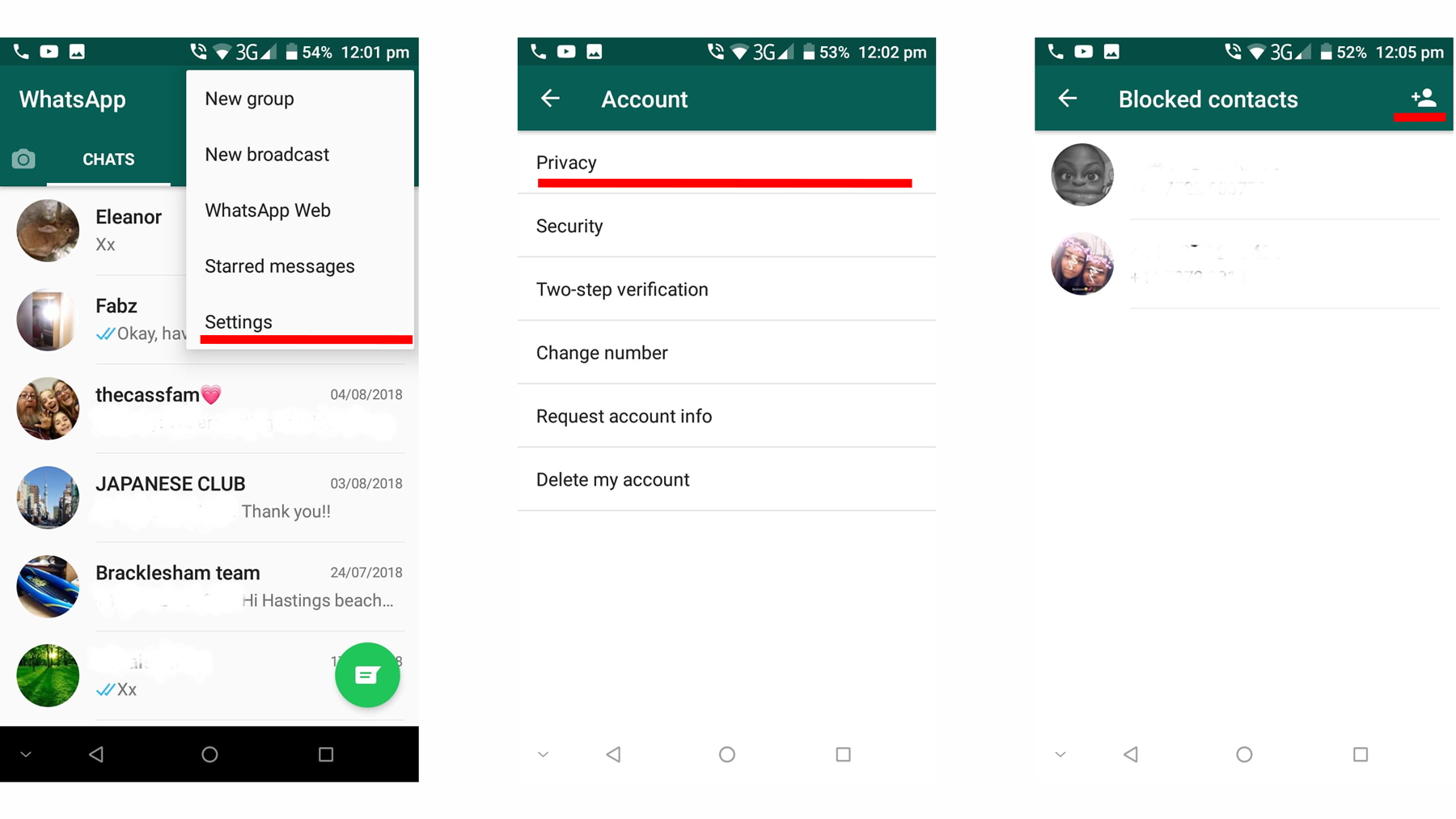 This opens up your contact list, so navigate to the person you want to remove, tap on them, and they will automatically be added to the Blocked list.

If at any time you wish to put them back into the conversation, all you need to do is follow the steps above, but when you reach the Blocked Contacts page tap on their name and you’ll be given the option to unblock them.

For more ways to get the most out of the app, check out the  best WhatsApp tips.