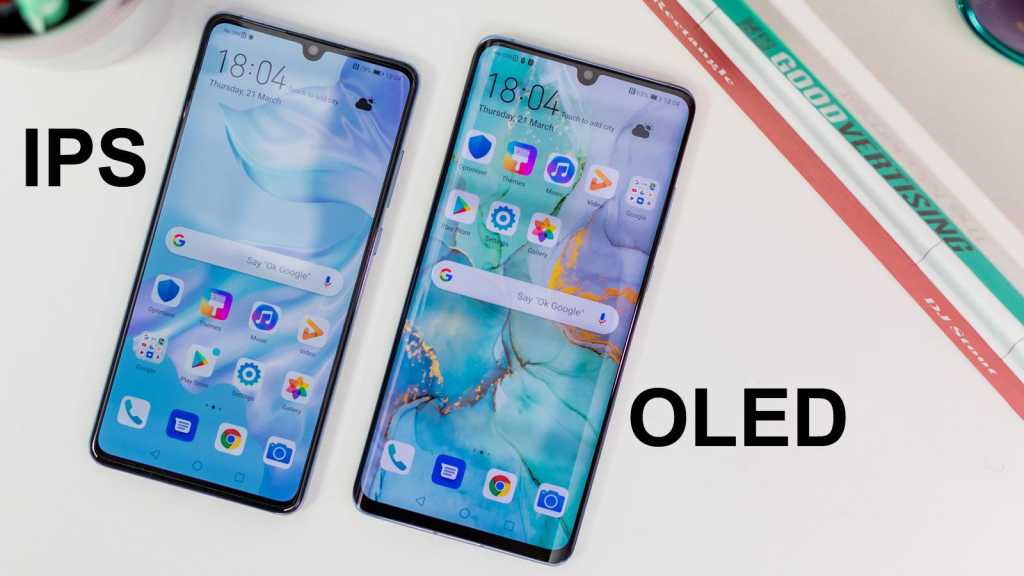 All modern phones use one of two screen types: LCD or OLED. But how are they different and is one better than the other? Why do flagship phones have OLED but cheaper models use LCD? We’ll give you the answers so you know their pros and cons.

LCD vs OLED: which is better?

First up, the short answer. It depends on your priorities. Do you want to spend as little as possible on a phone or is money no object? Do you want the brightest screen or must you have one that can display HDR10 video? Are you worried about burn-in or do you plan to keep your phone for only a year or two?

The pros and cons of each technology – which we explain below – apply only in general, but not necessarily to specific phones, TVs or other devices.

That’s why it’s crucial to read phone reviews and not buy one purely on its specifications. And it’s also one reason why you can’t say OLED is better than IPS – or vice versa.

Both have their strengths: you might prefer OLED if you like vibrant colours and an always-on clock. But someone else might prefer IPS thanks to better colour accuracy and, ultimately, a more affordable price.

So many acronyms, so much confusion. Fortunately, when you boil it down, it’s not too complicated. IPS stands for In-Plane Switching and is one type of LCD screen. There are other types, such as TN and MVA which tend to used for TVs, but phones really only use IPS LCD screens.

LCD simply stands for liquid-crystal display, and is by far the most common type of screen used on phones and tablets. OLED is less common.

Over the last few years manufacturers – TV manufacturers at any rate – have moved away from talking about LCD and only referring to them as ‘LED’ screens to make people think it’s some kind of new technology. Samsung has gone one better and make up a new acronym: QLED. But underneath the marketing, it’s still an LCD screen.

LEDs are the light source placed behind the LCD screen which make the image visible. 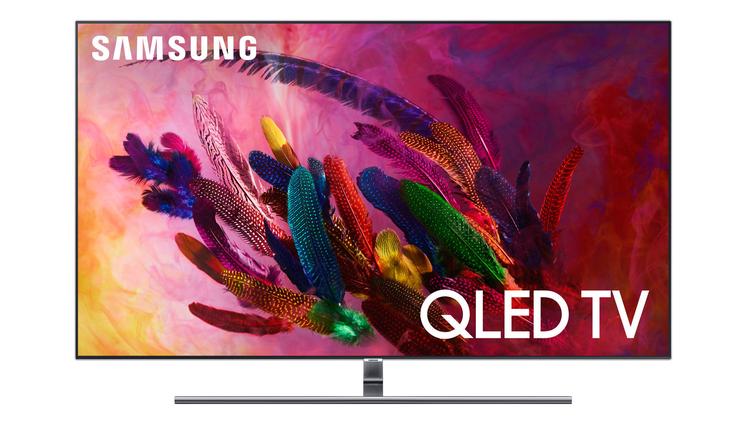 It works the same was on phone screens. Typically, the LEDs are placed at the top or bottom (not behind the screen) and a diffuser is used to distribute the light evenly across the screen. Some TVs use this method as well – called ‘edge lit’ – while only more expensive models are actually back-lit.

The IPS part refers to the way the image is created, and it’s the technology that most phone makers use for their screens, especially in the cheaper or mid-range models. Here’s why:

That latter reason is why Samsung offers a 10-year screen burn warranty: there’s no risk of that happening.

Leakage is where there’s a glow at one or more edges of the screen, usually where the LEDs are located.

OLED screens work in a completely different way to LCD. Instead of shining light through liquid crystals from behind, each red, green and blue sub-pixel emits its own light.

The ‘O’ refers to the fact that the part which actually emits light is made from an organic compound. 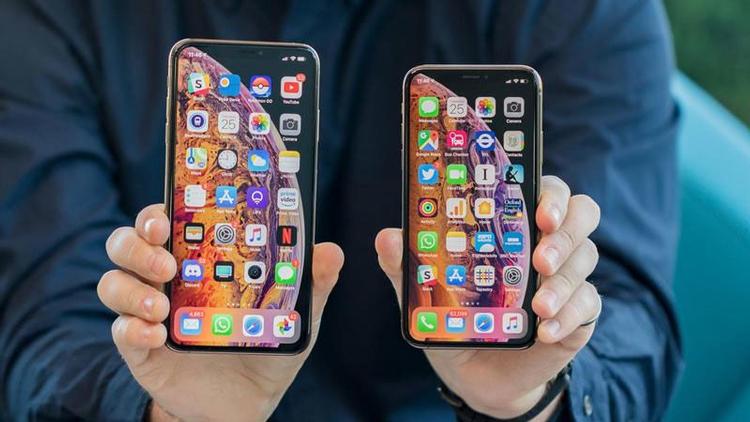 As with LCD screens and IPS, there are various types of OLED screens used in phone. One of the more recent acronyms to emerge is P-OLED. P stands for plastic, and it refers to the ‘substrate’ – the base if you like – onto which the other layers are mounted.

Samsung calls its OLED screens Super AMOLED (the AM standing for Active Matrix), but to all intents and purposes, this is basically the same tech you’ll find in its competitors’ phones with OLED screens, including LG and Apple.

The way companies differentiate their OLED screens tends to be in how their sub-pixels are configured. As standard, each pixel is made up of red, green and blue ‘sub-pixels’. Changing their brightness independently is the way to produce different colours – full brightness on all colours produces white.

Screen manufacturers – including LG and Samsung – can alter the number of sub-pixels and even their colours, so LG might have four sub-pixels and have two blue ones alongside one red and one green. They might use white pixels to boost brightness – LG also does this for some of its IPS screens – or yellow to improve the vibrancy of certain colours. They may even use all white sub-pixels with colour filters over the top.

While this might sound complicated, OLED is a simpler technology than LCD, requiring fewer layers (no backlight is needed) and therefore tends to be thinner.

The technology requires less power to function and, because you can easily turn off individual pixels, OLED screens have blacker-looking blacks and higher contrast than LCD screens.

This makes them more suitable for displaying HDR pictures or video which have higher peak brightness while at the same time retaining deep blacks.

And as anyone who has owned a Samsung phone with an AMOLED screen will attest, OLED displays can produce much more vibrant colours than LCD, as seen on the S10 and S10 5G below. 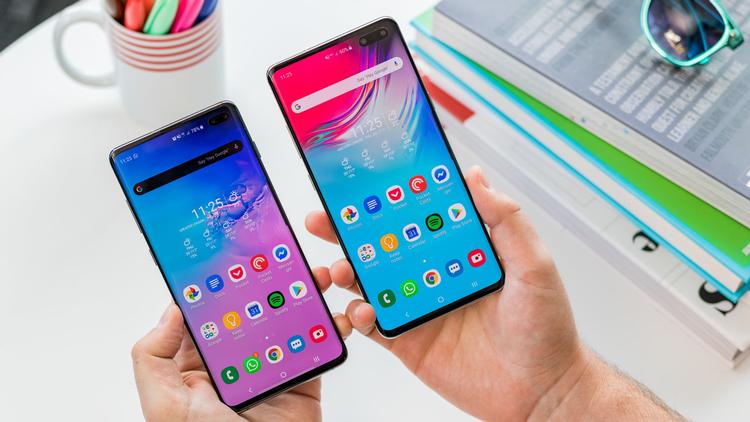 Another advantage of being able to light only the pixels you need means phone makers can have always-on screens which permanently show the time, or other information. Unfortunately, because of the organic nature, the image has to be constantly shifted around to avoid ‘burn-in’, also known as image retention.

Even the latest phones with OLED screens suffer from burn-in. However, techniques are used to reduce the effects as much as possible (both in hardware and software) and even in extreme tests, most people won’t be able to notice the resulting retention in normal use.

Because they’re thinner, OLED displays are more flexible than LCD, but they’re used in phones mainly because of their power efficiency and thinness. However, recently some phone makers have begun taking advantage of that flexibility to make foldable phones. Also, some phones have screens which curve around the sides slightly, such as the Huawei Mate 30 Pro, which give a borderless appearance. 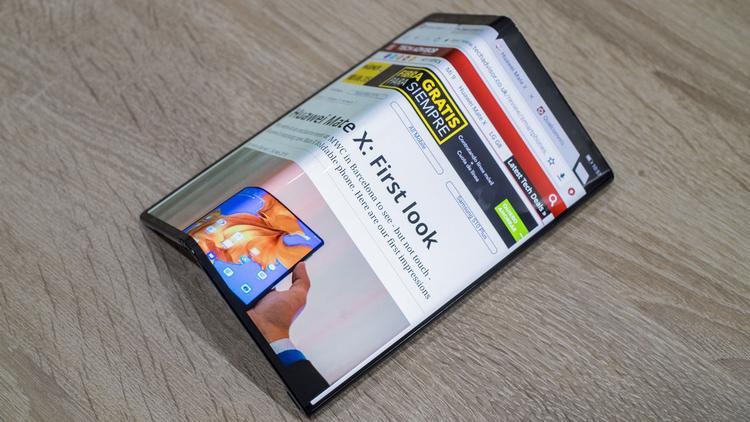 Theoretically OLED screens should be brighter than LCD, but recent advances have helped LCD to catch up. However, OLED-equipped phones still top the brightness charts.